Sixteen Years on the Superior Hiking Trail: The Double Finish

Writing about hiking the full 300+ miles of the Superior Hiking Trail hasn’t quite taken as long as hiking it, but it’s gone on long enough. At sixteen years and thirteen chapters, the story now concludes.

I had just a dozen miles left to go in 2015, which were divided into four slightly quirky hikes.

The first was a 1.8-mile section from Triangle Trail to Oak Trail near Jay Cooke State Park. Some of it I had probably already covered a few years earlier, I just wasn’t quite certain. So I embarked on a “van-bike-hike” adventure to make sure any possible gap there was covered. This involved driving to the Jay Cooke Visitor Center, unloading a bike, cycling the Munger Trail to bypass parts of the SHT I’d already done, ditching my bike at the Greely/Triangle trail intersection, completing the short hike, and cycling back.

You’ll have to trust me when I say that was fun. The description makes it sound like I was running a complicated errand. The thing is, being obsessive and task-oriented can be a method for forcing one’s self into situations that can be a bit more out of the ordinary. So, compared to hiking the trail behind my house for the 17,000th time, the van-bike-hike was a memorable event.

Two months later I took on what was the newest and southernmost segment of the SHT at the time, the 5.9-mile stretch from Wild River Road to Jay Cooke State Park. This also involved covering some ground I had hiked in the past, because parts of the trail are old segments of long-existing paths in the park, such as Bear Chase Trail. (No bears were chased.) 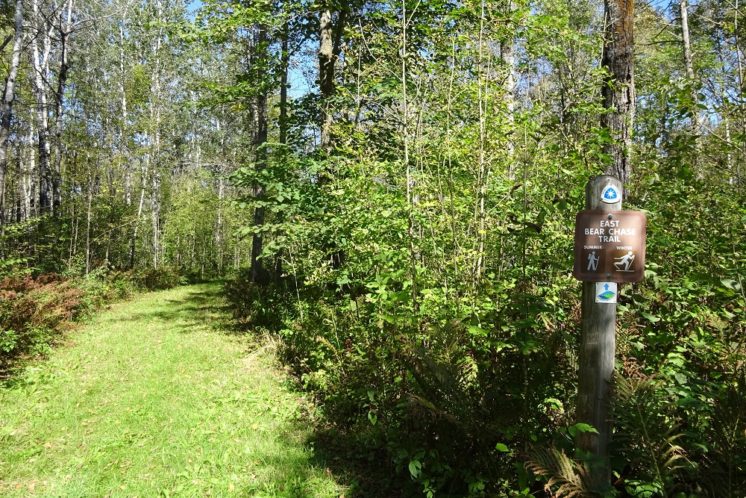 With those two hikes under my belt, all that remained on my checklist were two completely silly expeditions made necessary by human foolishness and my unyielding need to be thorough. I knocked these out with great ease on a trip to Grand Marais, stopping on the way there to take care of the second-to-last hike, and on the way home to pop my champagne cork on the silliest hike of them all.

I had already covered every step of the trail around Gooseberry Falls State Park in 2012, but something had changed since then. Part of the trail that had been on private land back then was detoured in 2015 because the landowner rescinded permission for the trail to run through his property. He said hikers were littering, ignoring the “private property” signs and wandering off the trail, even harassing him and his friends and family for hunting and riding four wheelers. This purportedly culminated in an incident on Halloween weekend in 2014, when three hikers howled like wolves for an hour in an attempt to thwart a hunter in his deer stand.

So, because some clowns apparently came along and wrecked it, a good section of the trail is now rerouted along the gravel Blueberry Hill Road and the paved Gitchi-Gami State Trail. At the time, I thought an alternate hiking trail had quickly been established, so hiking on an old road and a bike trail that mostly parallels Highway 61 was a bit of a letdown, but it was still an interesting grey fall day and a bald eagle hovered over me at the start of the hike. In addition, the jaunt ended at Gooseberry Falls, which never disappoints.

A few days later, on the way back from Grand Marais, on a sunny Nov. 5, it was time to finally complete my mission by hiking the one segment I had saved for last — the seven-tenths of a mile I missed when I got lost in 2014. Armed with a bottle of champagne, I embarked on the … oh, let’s say 14-minute hike. Upon arriving at Wilson Creek, where I made the seemingly intelligent but ultimately wrong decision to turn around a year before, I popped the cork on the culmination of fifteen years and more than 300 miles of hiking. Wait … fifteen years? The title of this series of essays is “Sixteen Years on the Superior Hiking Trail.” Well, sometimes in life you think you’re finished with a project, only to find out you’re dealing with a moving target. Two new sections of the trail were built in 2016, reopening the books on my adventure.

The first new section was a simple loop in Piedmont Heights through an area I’d already hiked repeatedly. The Brewer Park Loop doesn’t add any mileage to my total, but there’s no skipping overlooks, spurs and loops if I’m going to write essays stating “I’ve hiked it all.” So last summer I spent a Sunday doing the 3.4-mile loop — of which maybe a little more than a mile is new trail, creating a loop with the main trail.

When I started my SHT quest at the northern terminus near the Canadian border in the year 2000, I was under the impression I’d stay on course and methodically work my way to the southern end. That plan lasted about one-hundred miles, but once I started taking years off and randomly plucking off sections while new ones were being built, any notion of ending the adventure neatly at a southern terminus had vanished from my mind. I’d even celebrated the finish already at a seemingly random spot any purist would consider the two-thirds point for a southward hiker. Well, sometimes sloppy messes come together into neat, tidy packages. The last section of the trial built was the southern terminus at the Wisconsin border.

Sixteen years and twelve days after starting, I completed the Superior Hiking Trail. I also probably broke the record I already held for slowest SHT hike of all time. Maybe they will build more loops and I can keep hiking them and breaking my record. 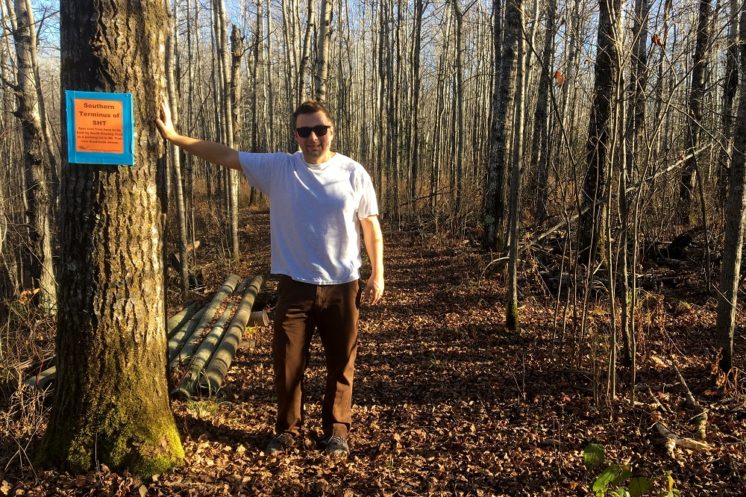 Jeff Lemke operates a web site, Twin Ports Rail History, and Flickr account where he posts photos he has taken...