By the fall of 2014 I had fewer than 50 miles of walking left to complete the Superior Hiking Trail. That might seem easy enough to knock out in a couple days, but it wasn’t a single stretch I had to cover, it was short segments stretched out over hundreds of miles. So I was picking them off three miles here and eight miles there.

An example of how it sometimes broke down: Rather than do the 6.4-mile Rossini Road to Fox Farm Road segment with cars at each end, or hike through and then go all the way back, I chose to break it into two trips on two separate days — Rossini Road to the West Branch of Knife River, then Fox Farm Road to the same spot, going both directions on each hike rather than one 12.8 miler.

Of course, by driving one car to the same area twice, instead of two cars once, I didn’t save any gas or spare the environment any emissions — and I doubled my time spent in the car — so it was a dumb thing to do … even though it seemed intelligent at the time.

The highlight of that first hike in early September was either a mushroom or some kind of yellow porcelain trailside birdbath. 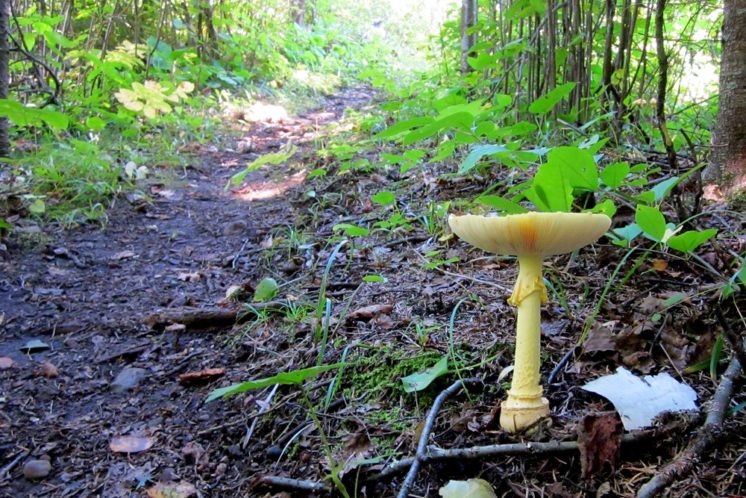 The second part of the Knife River hike came in late September, when the fall colors were getting started. Autumn, of course, can be viewed in our seasonal cycle as a time of brightness and bounty or the portent of darkness and death. During my years on the trail, two dogs put in a few miles with me along the way. Both of them hadn’t been born when I started my 16-year quest; both of them died before I made it to the end. Zeek, the Doberman shown in previous essays, died late in 2013. Morgan, the Brittany Spaniel shown in the photo below, died in 2016. In October I chose the drop-off and pick-up route, hiking from Rossini Road to Lake County Demonstration Forest, with my wife hiking a little of both ends of the trail and in between driving the car from one end to the other.

This was a nice hike, but fairly uneventful. The only thing I photographed was a funky puddle. Using almost every tool in my photo editing software, I turned it into the art project below. I’ll send you a giant print for $2.6 million. For an extra million I’ll splatter some soup on it. My second-to-last hike of 2014 involved going back to an area I first hiked in 2000. Part of the trail hadn’t been built when I passed through the Hovland area 14 years ago. I don’t know when the County Road 70 to Arrowhead Trail section was finally cut, but once I found out about it I knew my total-trail quest wouldn’t be complete until I made the trip.

It was Oct. 4, in the middle of a rainy stretch of days, when I grabbed my water bottle and set out on the 8.4-mile stroll. Of all my SHT hikes, this one had the greatest variety of conditions. Parts of the trail were full of dry, crusty leaves … Two hours after that the trail is pretty much a swamp. Seriously, that’s not a picture of the woods next to the trail, it’s the trail. 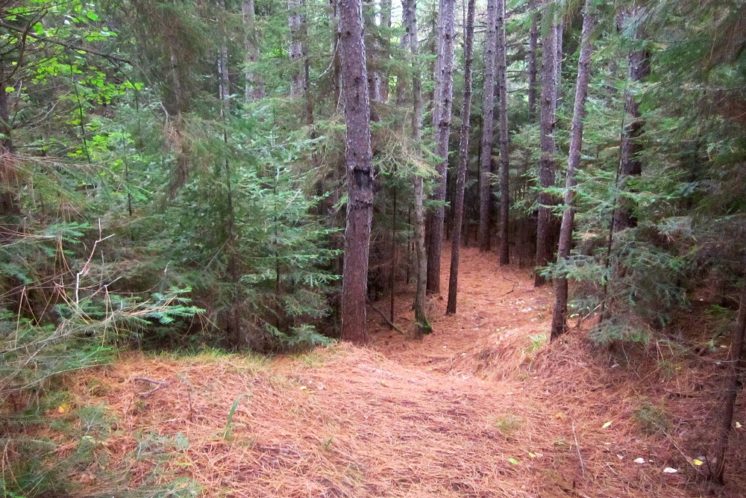 Then, 10 minutes later, there’s a nice layer of red pine needles and conditions are excellent again.

My next essay will tell the story of my final hike of 2014, which was the only time I was significantly lost during my 16 years on the Superior Hiking Trail. There were only a few times over the years when I was slightly lost and quickly found my way back. Most of them were in the very early years, on the northernmost sections, so it’s not surprising that my return trip to that region to fill in the Arrowhead Trail area also featured an accidental detour.

The “Arrowhead Trail” is Cook County Road 16, and is perpendicular to the SHT. So you’re hiking along and come to the road. If you choose to go left, you will almost immediately see the little blue signs for the trail peeking up from the ditch to show the route. 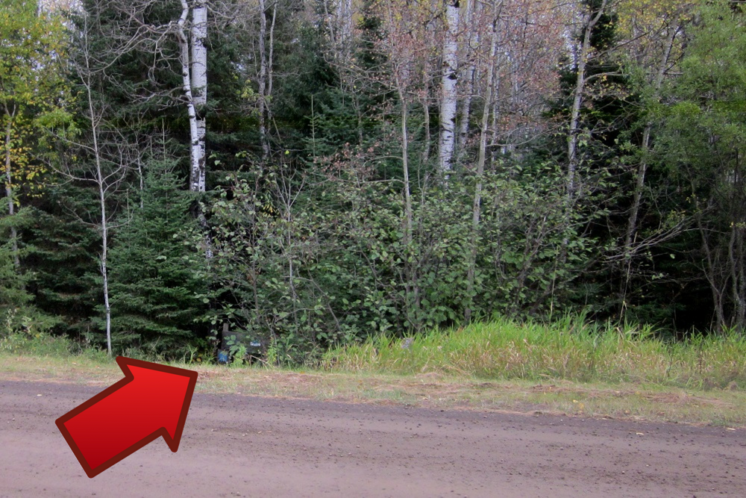 I, however, guessed that a right turn was the thing to do. After a short distance, I noticed there was a ribbon or piece of a balloon or something on a tree a bit down the road, so I figured that might lead me to the continuation of the hiking trail. Farther along, I noticed an open swath between the trees and blue paint marks on the trunk of the tree to the right — which is the marking generally used to find one’s way on the SHT. In this case it just sent me through long grass for a half hour or so until I decided I couldn’t possibly be going in the right direction. After retracing my steps, I quickly found out how a simple three strides to my left could have spared me the confusion. Sometimes it’s as light and free as a midday nap. Bue headed to Taos, releasing EP in May

City Pages reports former Duluthian Mary Bue will soon be living in an adobe casita at Taos, New Mexico, as...