Alpert’s Motel was located “13 miles from Downtown Duluth on North Shore Drive. Scenic Highway 61 on Lake Superior Circle Route.” The back of the postcard shown here indicates the motel offered “all the modern conveniences for your comfort, spacious grounds and beautiful view of Lake Superior.” Postcards from the Sky Room Restaurant at Buena Vista Motel A panorama view from high atop Skyline Drive overlooking Duluth. The Buena Vista Motel and its lounge and restaurant opened in 1962. Mr. & Mrs. Jerome J. LaPlante were the original owners. Bob Magie, Bob Nylen and Jerry Strum bought it in 1986 and oversaw a remodel in 1995. They operated the business for nearly 20 years before selling in 2005 to developer Tim Wiklund, who demolished the structure to create the 45-unit Superior Vista condominium complex. 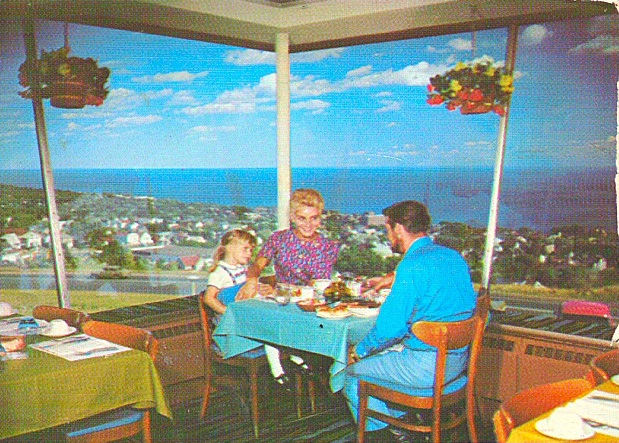 The final image here is a postcard published by Gallagher’s Studio of Photography. The description on the back reads: 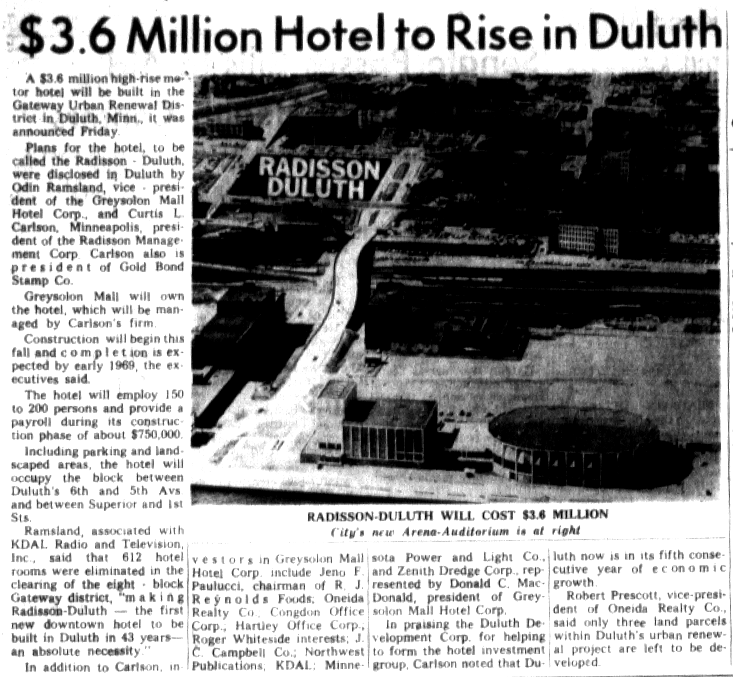 In a vein somewhat similar to the Ye Olde Corner Grocery post, I recently saw that the Casa Motel is for sale. That shoebox-looking motel has been a curiosity since I was a kid. It had a certain “stigma” about it, but I’ve always wondered, why there? What made someone build a motel there, in 1965?

Now there are some former hotels and motels in Duluth that would be considered odd today, but these curiosities were built during a much older era, where it really wasn’t all that weird. However, since then they’ve either been converted for other use or torn down, yet the Casa remained. I mean just up the hill Buena Vista is no more, and that had one hell of a view, what did Casa offer? It appears that it could continue on as a motel, even if sold. I’ve noticed they removed the Coke add on top of their sign, too.

Speaking of those other curiosities, does anyone else know of any other still standing buildings around town that used to be a hotel/motel? I know a few myself, like the Cascade and just across the street the Arrowhead. Rumored to be the future site of the Walgreen’s headquarters. Or not.