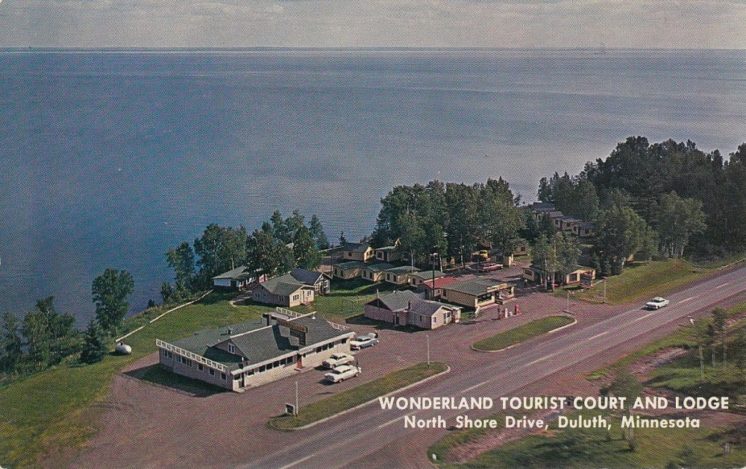 Wonderland Resort was located about three miles northeast of Duluth, on the shore of Lake Superior and adjacent to Schmidt Creek. It was run by Jack and Joan Bates from 1968 to 1998 and their family still reminisces about the old days on a Wonderland Resort Facebook page. 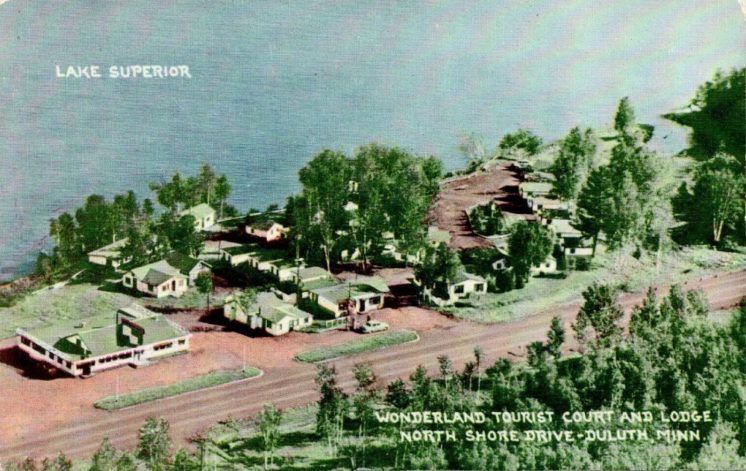 This undated postcard, lithographed from Kodachrome by W. A. Fisher Co. of Virginia, Minn., shows another aerial view. 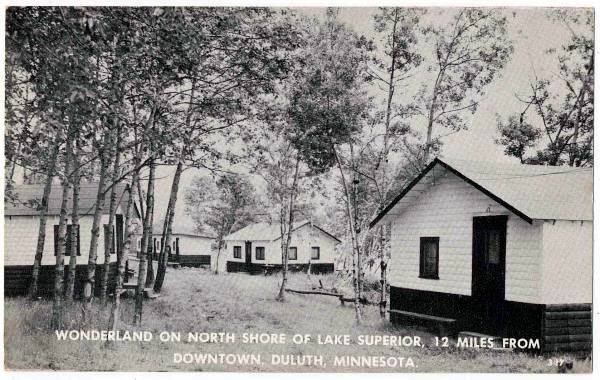 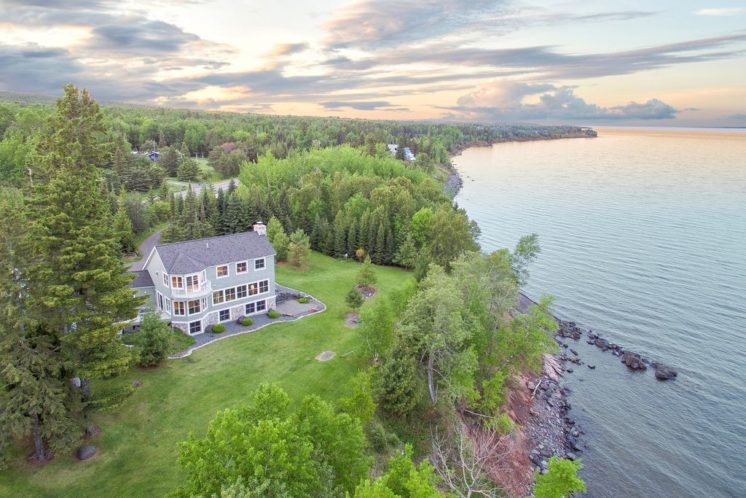 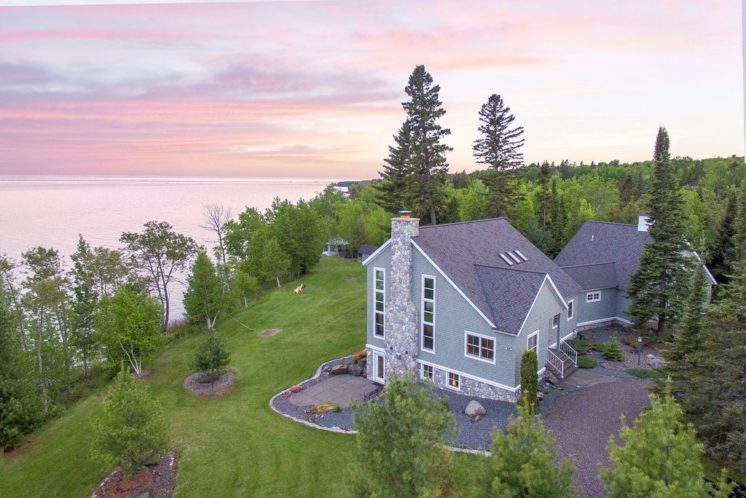 Many of the old cabins that were on the property have been demolished or moved, but some remain. 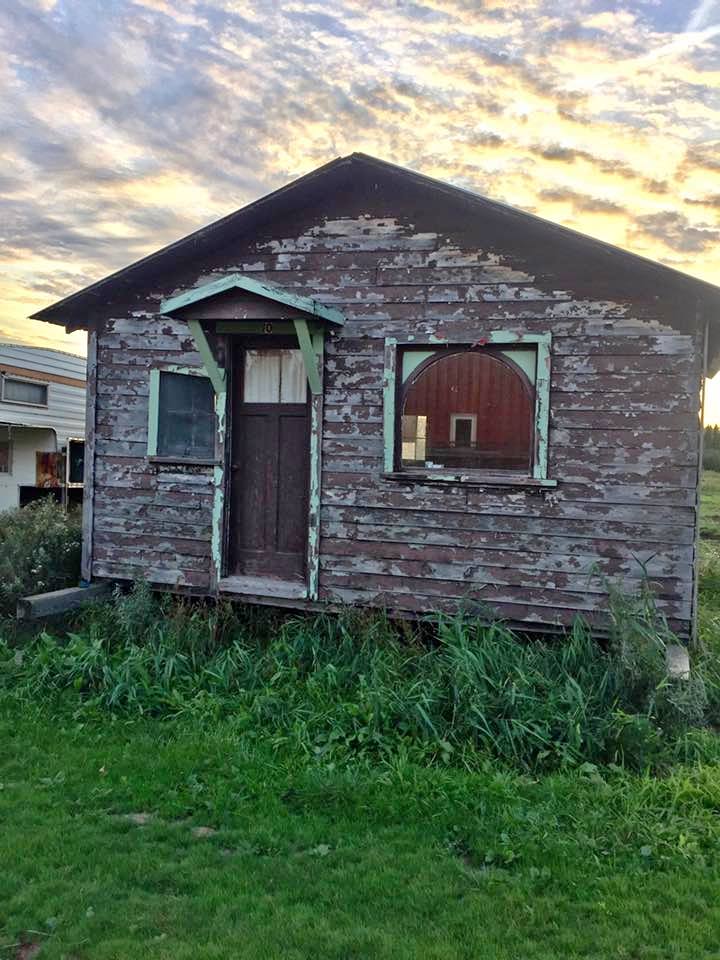 The cabin shown above was moved from the property and was recently offered up to a new owner. The ad read:

16 x 16 cabin that was moved from Wonderland on Scenic Hwy 61. Needs some TLC and would make a great storage shed or cabin. Must be moved. It has 3 rooms. Some water damage but is restorable. 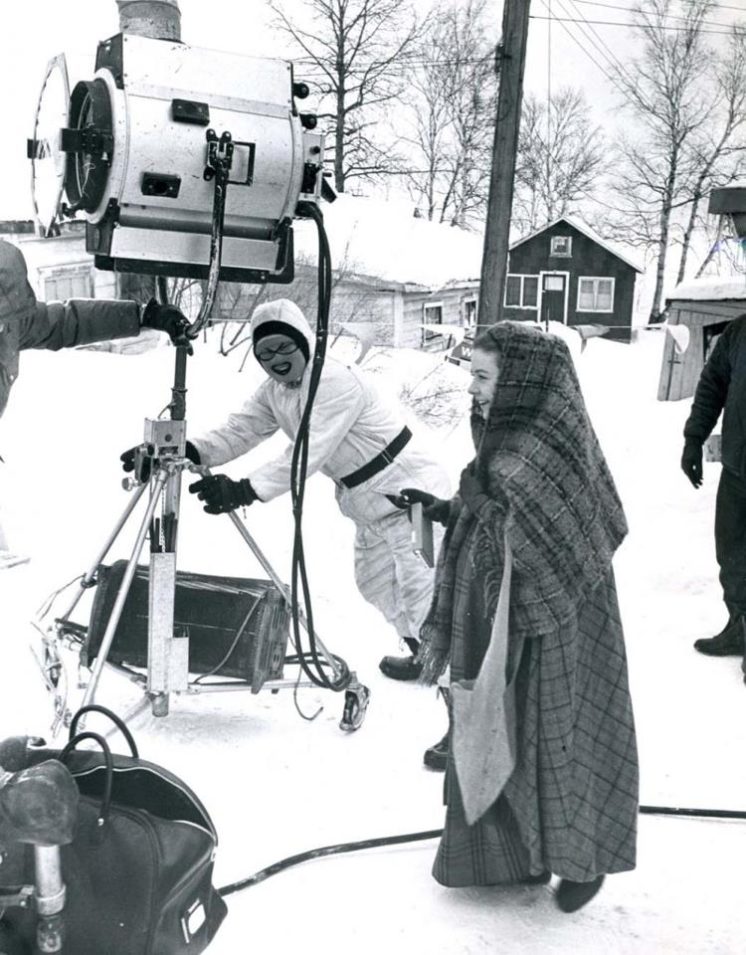 In the winter of 1972 a film crew shot a scene at Wonderland Resort for the movie You’ll Like My Mother, but it didn’t end up in the film.

Above is footage of Joan Bates’s grandmother, Liisa Hilja, visiting Wonderland Resort in 1969. It also shows Hilja at a nursing home on Arrowhead Road. The YouTube descriptions notes: “Short footage in-between of the Bolmes. At the resort, Jack and Joan Bates, Fiske O’Hara, Colin, Gareth and Erin. 1969. Amelia Maki and her husband brought Liisa out to the resort and filmed it.”

And we close with this video of the Bates Family reunion circa 1988.