Endion Station, owned by the craft-brewing and restaurant company Just Take Action, will cease operating as a pub this spring and reopen in June as a boutique hotel. The owner’s connection to Duluth’s beer industry has prompted the term “brewtique” hotel.

Fox 21 has reported the hotel will book through the vacation rental company HomeAway’s VRBO website and include “a community sauna, outdoor grill, a large deck and a fire pit” and will have four rooms “big enough for queen-sized beds, espresso makers, complimentary Brewhouse beer and décor to show off Endion Station’s history and the craft beer industry.” A news release today noted a caretaker suite upstairs will also be part of the remodel.

Endion Station was built in 1899 at 15th Avenue East and South Street in the Endion neighborhood, where it served as a depot for the Duluth and Iron Range Railroad line from Duluth to Two Harbors. It stopped serving passengers in 1961, was placed on the National Register of Historic Places in 1975, and closed in 1978. The city of Duluth took ownership of the building after it was moved in 1986 to Canal Park to make way for the expansion of Interstate 35.

During most of the building’s history at 200 Lake Place Drive it served as the city’s tourism bureau. It also was used as a Duluth Police Department substation. The outdoor adventure store Midnight Sun operated there from 2005 to 2007. The Nelson & Company advertising business was the last tenant before Just Take Action’s Rod Raymond purchased the building at auction for $300,000 in 2012. Just Take Action also owns and operates Fitger’s Brewhouse, Burrito Union and the Rathskeller in Duluth. 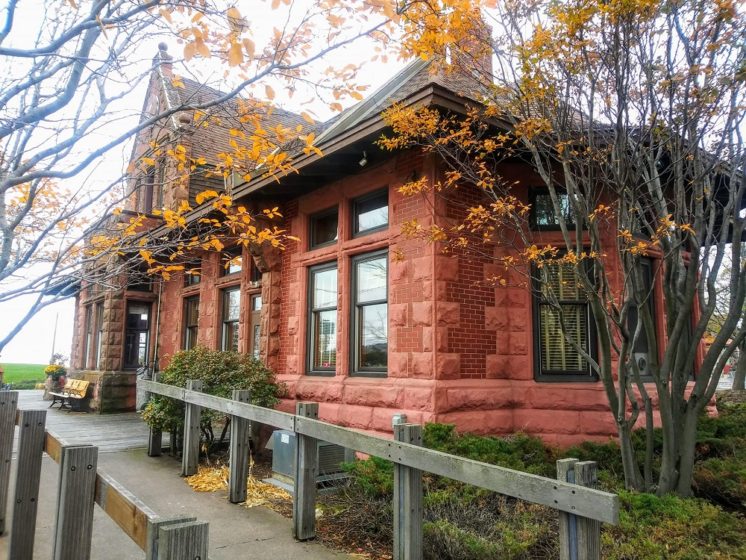 A Lincoln Park sandwich shop emerged as the hero in Perfect Duluth Day’s 2019 poll to discern the area’s best...