June of ’71: Concert Under the Sun 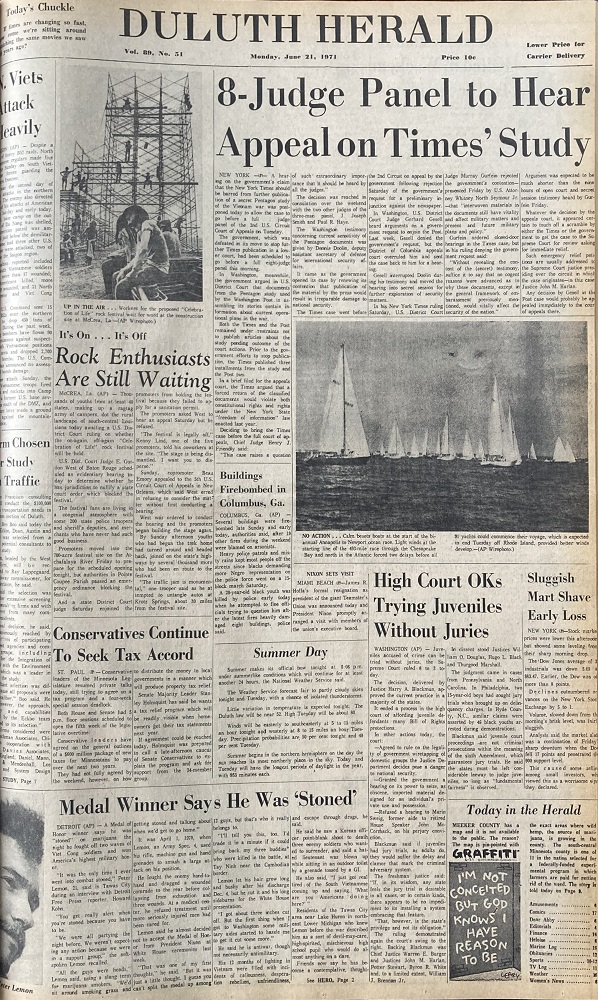 A rock concert staged on a farm field about 20 miles south of Duluth was in the news 50 years ago. The June 21, 1971 Duluth Herald reported that “about 300 young people” attended what was called the Concert Under the Sun, “along with 30 sheriff’s deputies, reserve offices, rescue squad personnel and state game wardens.”

The concert was organized by DEK Promotions — Donald Herrick, Ed Gallagher and Kenneth Smith. It was originally to take place “in an open area east of Pattison State Park,” on land owned by Barbara Larson. After rain canceled the event, Larson changed her mind about allowing the concert to take place on her land because of “heavy pressure from area residents.” So it was canceled again.

A June 17 article about the concert referred to the new spot as a “70-acre tract in the town of Oakland,” but quoted Gallagher stating he was “not at liberty” to divulge its exact location. The June 21 article referred to the site as “a farm field near South Range.”

More from the June 21 article below:

Admission to hear the eight local rock bands was $3, or “what you can scrape up.”

A grassy parking area was provided about a quarter-mile from the natural amphitheater where the groups performed, and portable toilets were also available.

The main technical problem seemed to be transportation.

Vehicles carrying band equipment were routed through a marshy area and, at times, spectators were rallied to push a car that had bogged down. If muscle power didn’t do the job, a small tractor towed the vehicle to higher ground.

The chief hazard to the young people attending the concert was exposure to the sun. Several people were sporting sunburns by mid-afternoon.

The Douglas County Board recently revised the county ordinance relating to large gatherings in what appeared to many to be an attempt to “regulate” rock festivals out of existence.

Sunday’s concert would not have fallen within the jurisdiction of the revised ordinance because of the low attendance and short duration. 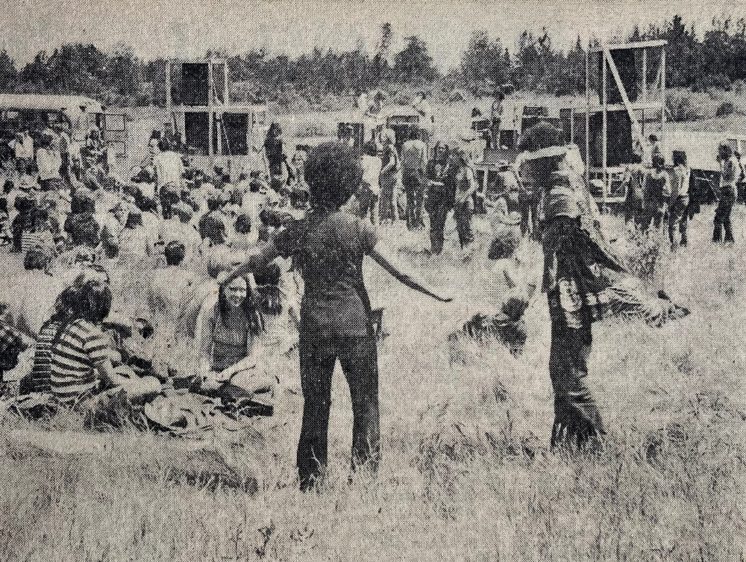 Duluth is the Summer City of the Continent

Happy solstice! This magazine advertisement from 1918 promotes the summer weather and charm of Duluth, including the "hundreds of miles...