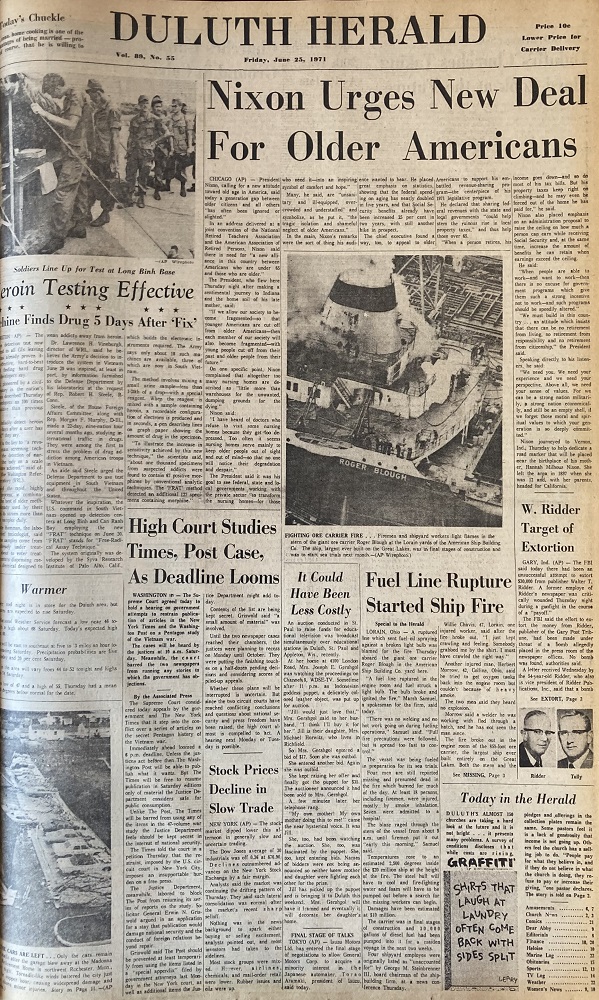 The final four-way segment on Highway 53 between Duluth and Virginia was nearing the end of construction 50 years ago. The June 25, 1971 Duluth Herald reported that “full expressway travel” between the two cities was “10 years in the making. The 12-mile segment between Pike Lake and Independence was expected to open in September. Reconstruction and resurfacing of the 73-mile highway began in 1961.

Also in the news: The almost 150 churches in Duluth were taking a hard look at their future. The Herald reported that rising costs and flat revenue from pledges and collection plates was causing congregations to consider consolidations and closures.

There were no local photos in this edition of the Herald, just AP Wire stuff. So instead we turn to the advertisements. The old Amber Flow is presently the home of the Caddy Shack, 2023 W. Superior St. The University of Minnesota Duluth is seeking a new leader to provide strategic leadership in the professional administration and management...