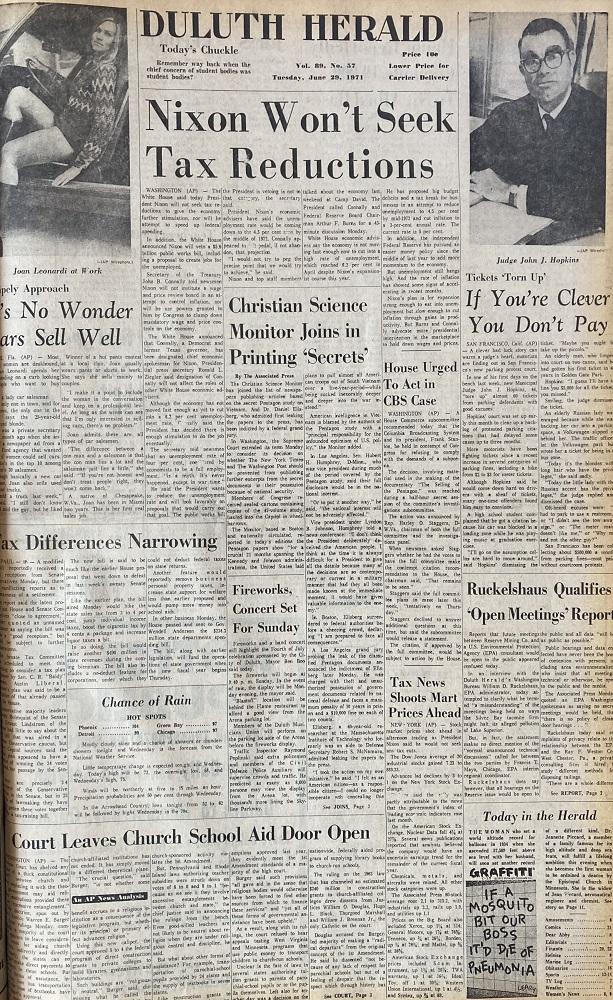 The St. Louis County Board was asked by Sheriff Greg Sertich to extensively remodel the county jail 50 years ago. The June 29, 1971 Duluth Herald reported the proposed project included jail office and roof work; providing remote control televisions, air conditioning and security lighting; installing a metal detector in the lobby and other items such as plumbing and electrical upgrades.

Also in the news … Caption: The Slimmer Winner … Leo Spooner, who won last weekend’s Reidar Lund Memorial Skyline Golf Tournament by three strokes, lost 60 pounds over the winter months as the results of a heart attack. The 44-year-old “Spoon,” however, has been playing some of his best golf this summer and is looking better than ever at 181 pounds. — (Herald Sportsphoto.)