OMC Smokehouse is the winner of Perfect Duluth Day’s best new restaurant poll. The popular barbecue joint smoked the competition, garnering 82 percent of the vote among the two finalists. The Boat Club Restaurant and Bar was runner up with 18 percent; 14 other nominees were eliminated in early voting.

It’s the second restaurant opened by Tom and Jaima Hanson, proprietors of the Duluth Grill — a perennial favorite, which has appeared in Diners, Drive-Ins and Dives and won PDD’s Perfect Vegetarian Menu and Perfect Breakfast Menu awards. The primary similarity between the Duluth Grill and OMC is the care taken to ensure quality. Both restaurants source local and sustainable ingredients when possible. Beyond that, OMC is a distinctly different animal.

OMC is like the Duluth Grill’s “rowdy little brother,” jokes Tom Hanson. The Duluth Grill has a healthier slant, with many vegetarian options, while OMC caters to carnivores and serves beer and wine.

The restaurant has already attracted national attention. It appeared this week on Southern Living magazine’s “Great American Barbecue Bucket List” — a top 50 list featuring one barbecue spot from each state.

Hanson is careful not to take credit for the business’ success. He’s quick to point out that he couldn’t do it without an amazing staff that’s invested in the project. He gives particular praise to Jaima and the two managing partners, Louis Hanson (Tom and Jaima’s son) and Jeff Petcoff. Louis came up with the barbecue concept. The father and son team traveled to barbecue hot spots around the South to conduct research — tasting and learning the best techniques from pros on the circuit.

“We traveled south because we wanted to be true to the South. We were hoping we wouldn’t alienate people from Minnesota. So far people have been very complimentary,” says Hanson. OMC’s barbecue sauces feature some local ingredients more familiar to locals, like rhubarb and Bent Paddle Brewing beer.

Anyone who has traveled knows Southerners take barbecue very seriously. OMC is receiving rave reviews from locals and Southern transplants alike. “We’ve met every single person from the South that’s living in Duluth,” quips Hanson. “They’ve been really supportive and that’s been fun.”

In addition to pork, beef and chicken, OMC will be adding smoked salmon to the menu soon due to customer demand. In the meantime, OMC-smoked salmon is available by the pound at the Duluth Grill, which just added a grab-and-go section including items like salads, wraps and some of its most popular house-made products.

Hanson says he opened a second restaurant, in part, to provide a legacy for longtime employees. He’ll be working out a succession plan to develop an ownership incentive for several managers over the next 10 years, to give them enough equity to eventually acquire the companies.

Even with two successful restaurants and 39 years in the food industry, Hanson asserts that making money has always been a secondary aim. He’s more concerned with doing something memorable.

“It’s exciting to think how Duluth has embraced what we do,” says Hanson. “I’ve always said we’re as good as the last meal we put out. That’s what people remember.” 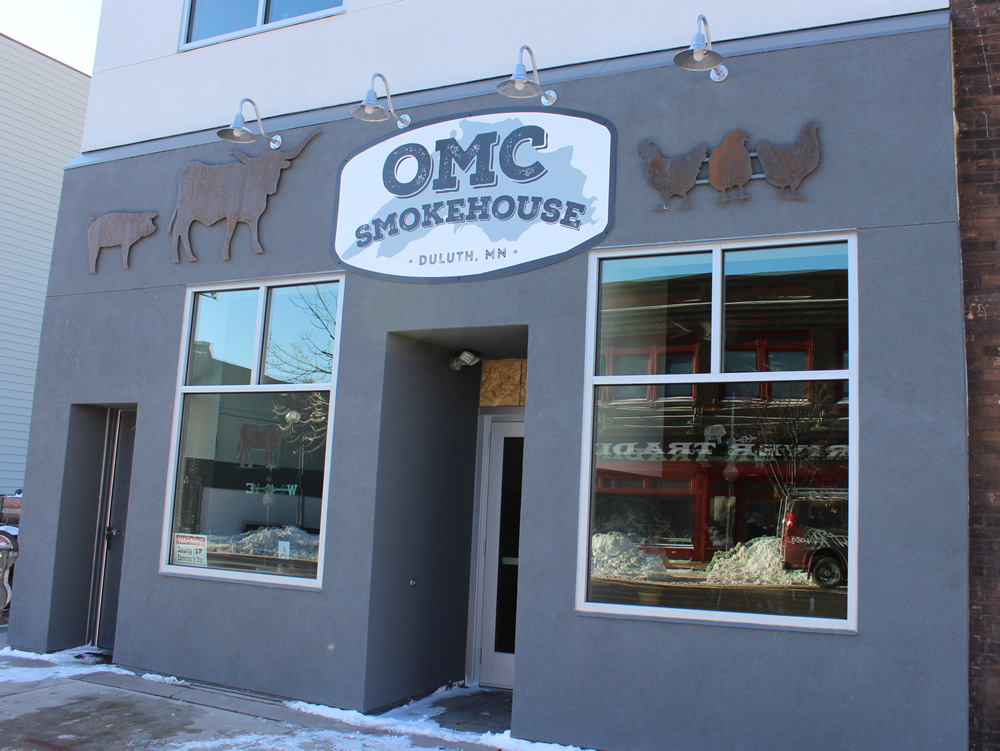 Louise Payjack-Guillou came to Duluth via London, where she studied jewelry making. She currently works in a studio in the...