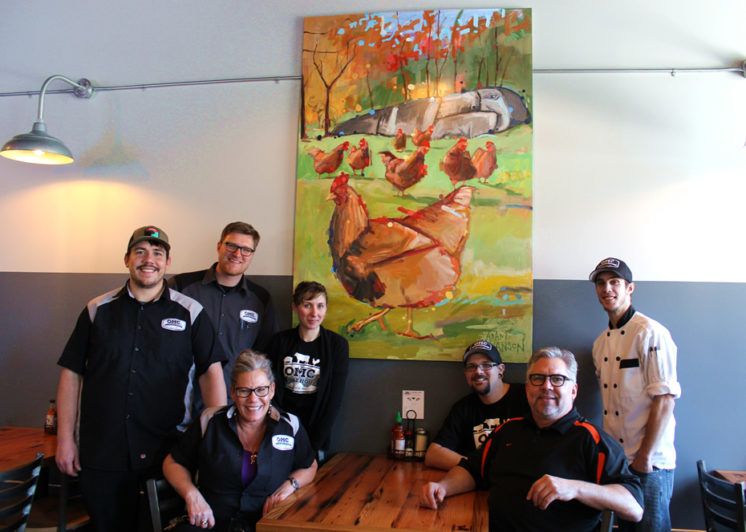 For more than two years, Duluth carnivores have been salivating at the prospect of OMC Smokehouse, Tom Hanson’s new restaurant venture. The wait will be over when OMC opens Wednesday, Feb. 15.

Hanson purchased the former Midway Bar space at 1909 W. Superior St. in August 2014 and gutted it in early 2016. The original floor and exposed ceiling are some of the only reminders of the 131-year-old building’s age.

The décor is a step up from Hanson’s other restaurant, Duluth Grill, which still has the ambiance of an Ember’s … because it used to be one. OMC features reclaimed wood tables and is dotted with wrought iron accents. Three cheerful paintings of a pig, cow and chicken by artist Adam Swanson line the wall. A massive marble bar, a relic from the St. Louis County Courthouse, sits at the far end of the dining room, near the open kitchen. 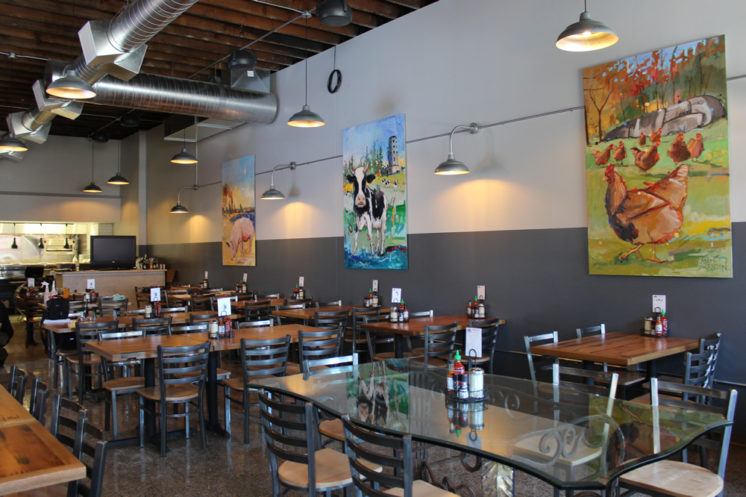 Like its predecessor, OMC doesn’t get too fancy with furnishings. Food is the primary focus. Hanson points out 40 percent of the building is devoted to the kitchen. An array of gleaming stainless fryers, a smoker and various other equipment fills the long, narrow space.

Hanson says one fryer will be used exclusively for duck fat to make decadent French fries. There’s an indoor and an outdoor smoker and a wood-fired grill.

Hanson and his wife Jaima own the Duluth Grill, one of the most beloved restaurants in the Twin Ports. Their son Louis is a managing partner in the new venture and is behind the OMC (short for “oink, moo, cluck”) barbecue concept.

Tom and Louis traveled around the country to learn from the masters about the many different styles of barbecue. They spent an inordinate amount of time developing the menu and fine-tuning recipes.

Sandwiches start around $10 and are served with a side dish. Expect to pay up to $30 for an entrée like grilled rib eye. The sides look as appealing as the main courses. Customers can choose from savory sides like cheesy jalapeno grits, mac and cheese or roasted bacon and blue cheese potato salad.

OMC is training its staff of nearly 50 this week. It will hold a soft opening with contractors, friends and family this weekend. The official opening happens on Feb. 15 from 5 to 9 p.m. The hours may be limited for the first few days but the eatery will ultimately be open 11 a.m. to 10 p.m., seven days a week. 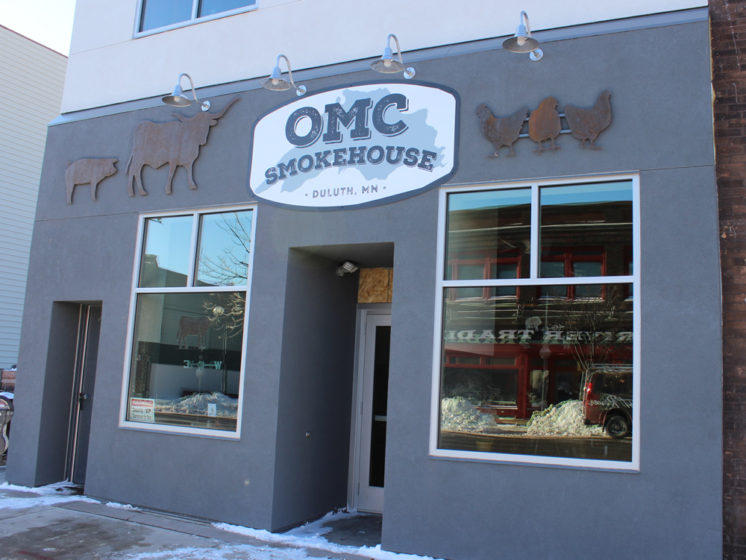 Every two years or so, the Perfect Duluth Day Marketing Weasel crawls out from behind his desk and demands a...