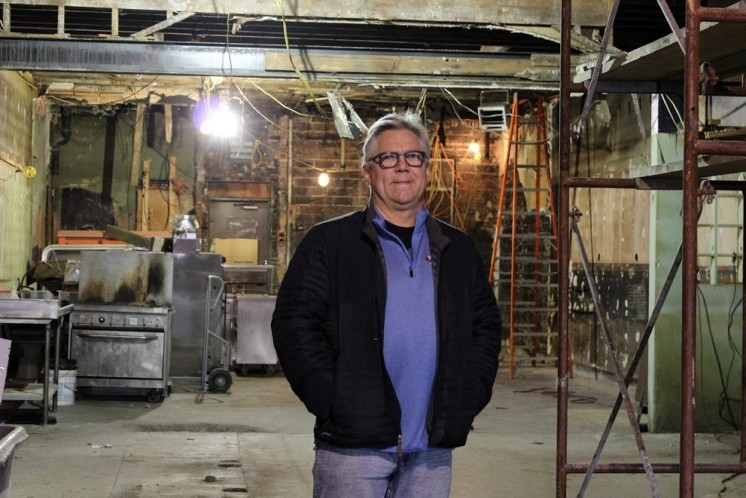 Duluth Grill owner Tom Hanson stands in the gutted 1886 structure that will house his next restaurant venture.

If all goes as planned, the nascent commercial stretch of the Lincoln Park neighborhood — home to Bent Paddle Brewing, Damage Boardshop and Frost River Trading — will gain a distinctive new restaurant before the end of 2016.

OMC Smokehouse is Duluth Grill owner Tom Hanson’s latest project. OMC stands for oink, moo, cluck. The aptly named eatery will cater to carnivores with its smoked meats and cured sausages, but Hanson promises there will be menu items aimed at vegetarians, too.

He was a bit reluctant to start a new venture, but says the idea of creating jobs and giving his Duluth Grill staff additional opportunities was appealing. He liked the location of the former North Star Pub building at 1909 W. Superior St., despite the fact that it’s only 10 blocks from Duluth Grill.

“I really have a passion for Lincoln Park and seeing this area grow,” he explains. 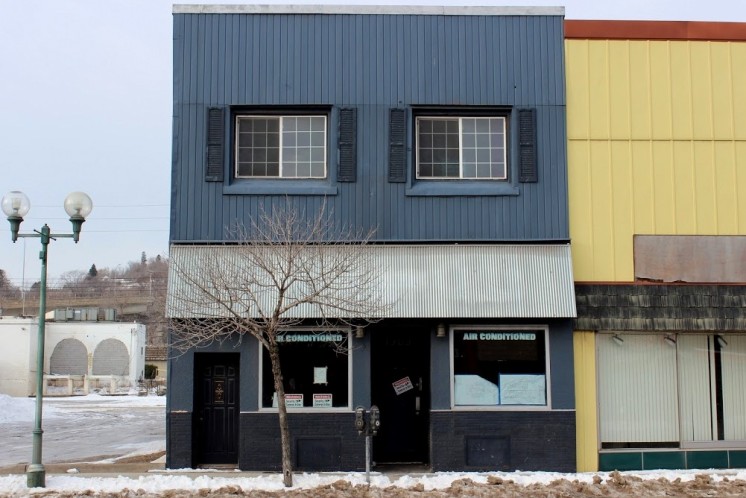 The building had sold for $225,000 in 2009, but after a foreclosure Western Bank was asking just $57,000. Hanson quickly realized a major overhaul would be required to turn it into a restaurant, so he negotiated the price down to $37,000.

“We were surprised when the bank accepted the offer,” admits Hanson.

Significant investment will be needed to get the building up and running. Hanson purchased the building in August 2014 and has finished the process of gutting the run-down 1886 structure.

“Five layers were taken off the walls. We filled fourteen 30-yard dumpsters,” says Hanson. Metal scrappers were invited in to salvage materials and some usable wood from the building will be recycled back into it.

Now that the prep work is done, construction is expected to begin in March, with an anticipated opening date in November. The current building entrance is on Superior Street, but the plan is to install an entrance off the side parking lot with an awning and windows to add light. The parking lot will be landscaped with edibles — similar to the Duluth Grill’s parking lot gardens. Hanson’s dream is to build a frame structure along the entrance side of the building to cultivate plants into a “living wall.”

Hanson says the restaurant will be a family affair. His wife Jaima will be tasked with developing its consistency, as she did for the Duluth Grill. The acclaimed restaurant, once featured on Diners, Drive Ins and Dives, is in its 15th year.

“I get the credit, but she’s the one who has played a huge part in developing the culture of the restaurant,” says Hanson.

Their son Louis championed the smokehouse idea and will head up the new restaurant. The father-and-son team has done extensive research, visiting Kansas City and St. Louis to learn tips for preparing and handling meat from some veterans of the barbecue circuit. They came back and ordered two 500-pound smokers — one to be installed in the new restaurant and the other to be mounted on a trailer for mobile catering or neighborhood events.

OMC Smokehouse will have a small stage for music and will offer beer and wine. The restaurant will seat 60-70 people and offer takeout options.

In keeping with the sustainable/eat local philosophy adopted by the Duluth Grill, OMC will source its ingredients locally as much as possible. Hanson plans to use whole animals rather than just parts like chicken breasts. The goal is to offer a dozen or so entrées with 10-12 side dishes. The menu will be a little more expansive beyond smoked meats, with items like burgers, fried chicken and vegetarian-friendly options.

Hanson says the smaller menu will enable more creativity and flexibility than is possible at the Duluth Grill.

“At the Grill there is so much production — so there are not as many daily specials. We have 100+ employees making every condiment from scratch so it’s hard to implement new things,” he says.

Doing something distinctly different from the Duluth Grill was important to Hanson, but some things will remain the same.

“What we want to do is show the passion behind the food,” he says. “A lot of restaurants go out and franchise and put out the décor but there’s no passion behind the service and project. We want the internal passion to be felt by the customer.”

Perfect Duluth Day at the Dump