Corktown Deli and Brews is busy prepping for an early June opening. The fast-casual eatery in Duluth’s Lincoln Park Craft District is inspired by the iconic sandwich traditions of New York City.

The eatery at 1906 W. Superior St. is local restaurateur Tom Hanson’s third venture. He and wife Jaima are also the proprietors of the Duluth Grill and OMC Smokehouse. Duluth Grill celebrates its 17th year in 2018, while OMC opened a little more than a year ago.

The Hanson’s son Louis took the lead in managing OMC, along with Jeff Petcoff, longtime Duluth Grill employee and family friend. When Corktown opens, Petcoff will head up its operations while Hanson’s duties will primarily remain with OMC.

Petcoff started working at Duluth Grill when it opened 17 years ago. He worked as a dishwasher, busser, server and host before becoming general manager and later moving on to help open OMC. A mockup of Corktown with signage

Preparing for Corktown’s opening involved a lot of “deli-cious” experiential research. Petcoff traveled with Tom and Jaima Hanson to New York and they ate their way through the Big Apple’s delis.

“We wanted to know everything we could possibly know about sandwiches,” explains Petcoff. “We learned what we liked and what we didn’t like — which I think is almost more important.”

Kitchen manager and chef Conor Maki plans to bring a gourmet flair to the menu. He intends to pickle ramps, the prized spring delicacy, for year-round use in a cream-cheese spread. He created a dashi matzo ball soup — a hearty and savory fusion of the Japanese and Jewish soup traditions.

The idea is to add some unique flavors that eaters won’t find at other restaurants. Petcoff praises Maki’s technique when building a recipe, noting that he’s thoughtful about building flavor into every step of the dish.

Petcoff promises fun, daily specials. The deli has a pared-down kids’ menu with reasonable prices. The restaurant can seat up to 60 people. Takeaway and grab-and-go options will be available, including delivery to the Bent Paddle taproom. Corktown will enlist Food Dudes for delivery service farther afield.

Customers can also purchase lunchmeat by the pound or an array of prepared salads, such as sweet chili peanut potato salad and bacon blue cheese slaw, by the pint or quart. How Sweet it is Bakery will have treats for sale at the deli as well.

Like its sister restaurants, Corktown will use high-quality ingredients, sourced locally when possible. Management plans to keep the price point affordable. There will be a walk-up counter for ordering and food will be served on paper plates with compostable utensils.

The taphouse portion of the eatery will feature 12 drafts, including cider, brews from Minnesota and Wisconsin and nitro cold-press coffee. Wine will also be available.

More than a Sandwich Shop

Petcoff expects Corktown to be busiest during lunchtime. It will serve as overflow for OMC Smokehouse in the evenings. The popular barbecue joint has greatly exceeded expectations, according to Hanson.

The two newest restaurants represent the beginning of Tom Hanson’s version of a succession plan. The plan is for longtime managers to acquire enough equity over the next decade or so to acquire the restaurants.

Since Corktown and OMC are located across the street from one another, it will be convenient for the young managing partners to trade responsibilities as needed. Hanson notes it’s not always easy to achieve a healthy life balance in the hectic restaurant industry, but he’s hopeful such intentional planning can help his protégées.

Corktown will employ up to 25 people, some transitioning from jobs at Duluth Grill. “Our staff are like family,” explains Petcoff. “We care about our people and want to enrich what they’re doing.”

Petcoff, who claims he’d be happy if he could eat a sandwich for every meal, says he’s excited to eat the food at Corktown and start sharing it with others. “It’s nice to see ideas like this come to fruition,” he says. “It’s always satisfying to serve up a good meal.” 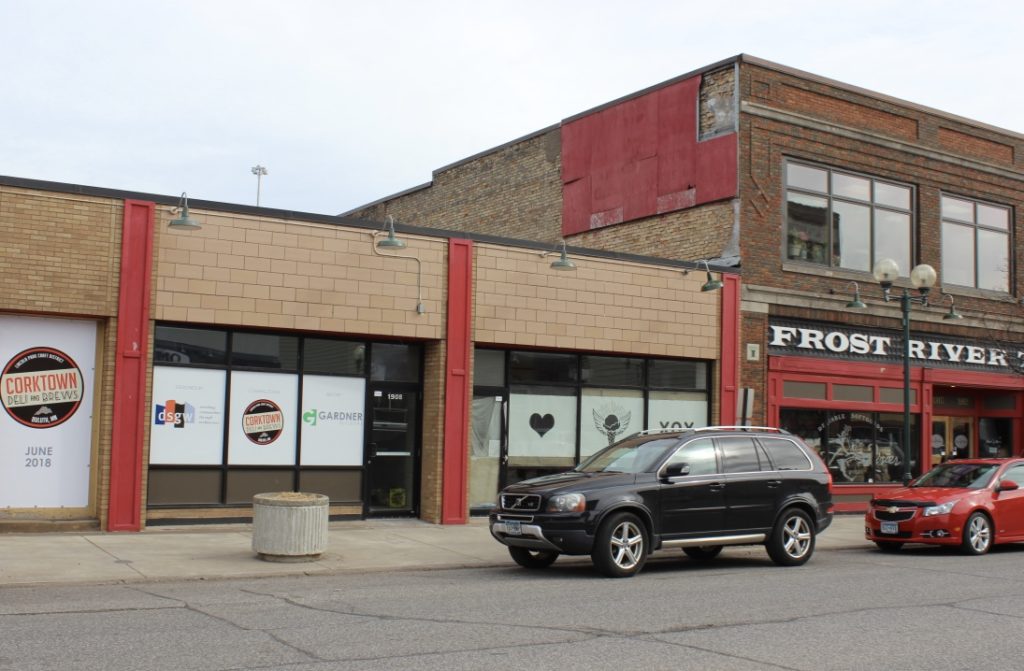 The Duluth/Superior radio market is noted for two striking characteristics -- an uncommon number of public-interest stations and an uncommon...