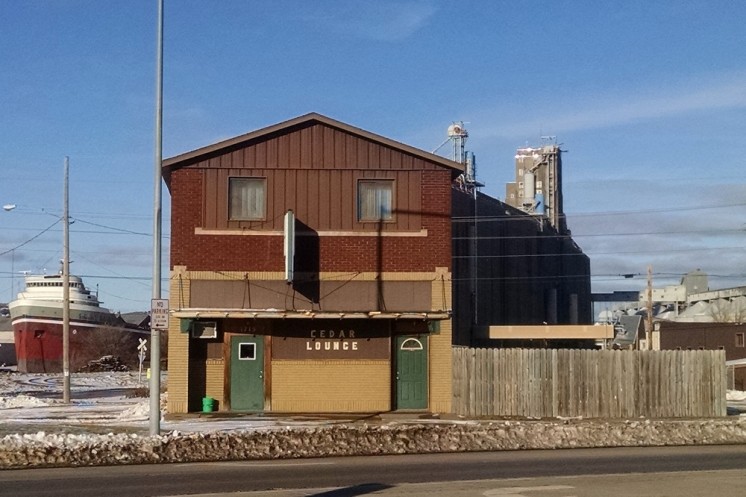 The Cedar Lounge is located just off Tower Avenue at Third Street in Superior’s North End. The new owner has not announced plans for the property.

The wife of former Fitger’s Brewhouse co-owner Tim Nelson has her name on the recently transferred liquor license of a decades-old Superior tavern.

According to the Wisconsin Department of Financial Institutions website, Superior attorney Parrish Jones filed documents establishing Cedar Forest and a second firm connected to the Cedar Lounge, Zenith Landmark LLC, in early November. No officers were listed for Zenith Landmark.

Zenith Landmark purchased the Cedar Lounge property from Darrelette McKinnon on Dec. 15 for $185,000, according to Douglas County records. McKinnon family members were longtime owners of the tavern, located near the intersection of Tower Avenue and Third Street in Superior’s North End.

Jones said he could not comment on plans for the property. Tim and Naomi Nelson did not respond to requests for comment.

Tim Nelson established Fitger’s Brewhouse at the historic Fitger’s Brewery Complex in Duluth with business partner Rod Raymond in 1995. At the time, it was one of just a handful of craft brew pubs in the state. Today, the Minnesota Craft Brewers Guild lists 91 members.

Nelson and Raymond went on to create several more Duluth eating and drinking establishments under the corporate name Just Take Action, including the Burrito Union, Endion Station, Tycoons Alehouse and the Red Star Lounge. The Red Star recently changed its name to the Barrel Room.

In August, Raymond bought out Nelson. Longtime Brewhouse brewmaster David Hoops stepped down from his position at the same time.

Tim Nelson told the Duluth News-Tribune in a Sept. 2 article he planned to continue working in the craft-beer business.

“I don’t see myself leaving the beer industry,” he said. “It’s my specialty. Plenty of people are paying attention to that industry. As of this week, I’m getting organized with my thoughts, and where they take me I don’t yet know.”

“Man, I think that would be awesome,” said Sclavi. “I think that area is right for redevelopment. I’ve always considered it Superior’s Canal Park. Sure, it needs a lot of TLC but there’s a ton of potential there.”

Sclavi said Tower Avenue has been buzzing with new business development ideas including a new hotel and water park project and a theater.

“Superior is in a state of transition right now, a positive one,” he said.

Where in Duluth? Bathroom Edition

How many of these five Duluth establishments can you identify just from their restroom signs? Hint:  all but one are...