UMD Provost Raymond W. Darland will welcome a number of special guests, including university officials, legislators, and representatives of the architect and major contractors.

E. A. Jyring, Hibbing, representing the building architect, Jyring and Whiteman, will present a key to the building to Darland, who will pass it on to UMD business manager Robert W. Bridges, who will in turn give it to C. Dean Kjolhaug, housing director. Guests and the public will be able to tour part of the building which is being readied for student use in mid September.

Fifty-one students will be housed in each of the four, three-story units of the structure, all interconnected by recreation areas, study rooms, laundry and washroom facilities, the lobby and offices and apartments for two councilors.

The new structure, which will house women only, is located behind Vermilion and Burntside Halls, both of which will be used by men. Completion of the new residence hall brings to 445 the number of students housed on the new campus, plus 75 at Torrance Hall (all men) on the old campus on Fifth Street.

The building was later named for businessman Richard L. Griggs, a university regent from 1939-1963, who donated 160 acres of land on which the campus sits. Griggs Hall still stands today, though it has undergone numerous expansions and renovations.

This new residence hall on the UMD campus will be dedicated Friday. Edgar the Crow and Beverly Wells talk crow at the Duluth pound. 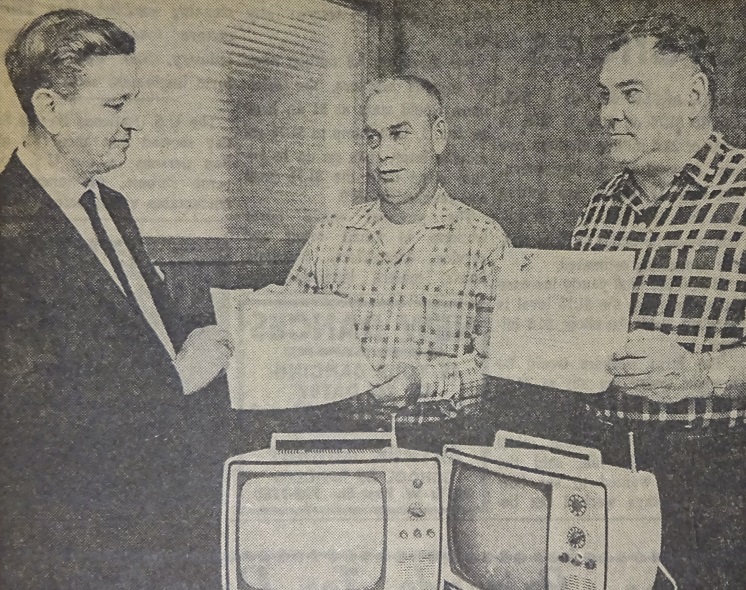 Rabbi Soloman Einhorn scribes one of the Hebrew letters on the Torah scroll as Rabbi Jacob looks on. Golfer Attracts Kibitzers
“Well, he’s headed in the right direction, but the problem is whether he can hit the ball,” seems to be the attitude of the four-man gallery as Neil McGirl, vice president of the Duluth Builders Exchange, prepares to tee-off at Northland Country Club Wednesday during the exchange’s 63rd annual outing. Kibitzers are, from left, Robert Novack, Iron River, Wis., Walker Jamar Jr., Duluth, Gordon Yeazel, St. Charles, Ill., and Orville Retzsch, Minneapolis.

Does anyone know why the Grassy Point trail is blocked off about halfway down and what the time frame is...