The firm had announced earlier Monday that a slowdown in operations had begun in preparation for the former deadline of midnight today.

A spokesman said steel plant personnel have been informed to halt the slowdown and that the mill will have no trouble getting back to normal production immediately.

The last-minute agreement to delay a strike affects about 2,900 Duluth Works employees who would have left their jobs tonight. The spokesman said a shutdown requires 36 hours of preparation, leaving ample time to resume normal operations before shutdown procedures would have to be initiated again at the end of the eight-day deadline period, if no agreement is reached by then.

The Duluth Works plant produced about 1 million tons of steel per year during the 1960s. In 1971, U.S. Steel announced it would begin phasing out the Duluth mill operations due to pollution control standards, higher shipping costs, foreign competition and advances in technology.

The blast furnace closed first, then cold-side production units were stopped. In 1976 the cement plant closed. Most of the buildings were torn down by the 1990s. 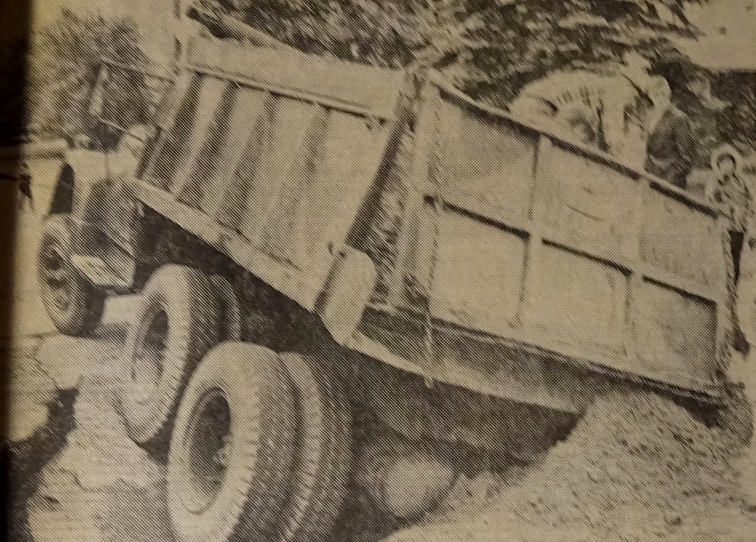 No Time for Fright
“It all happened so fast I didn’t have time to be scared,” Raymond J. Baker, 24 E. Seventh St., said after his tandem dump truck broke through the pavement on 20th Avenue East between Sixth and Seventh Streets. Baker was driving down 20th Avenue East with a load of topsoil for a friend when the rear wheels of the truck dropped about five feet through the pavement. A section of the avenue had been undermined by running water. Baker is shown standing in the box of his truck.

Here's a bit of what you'll find on this week's PDD Calendar: Senator Amy Klobuchar comes to Barnes & Noble...