Summer of ’65: Nothing funny about mink Fifty years ago — Aug. 27, 1965 — the DNT reports T. J. Eiken’s 14-year-old mink farm on McQuade Road near Duluth is a success, with a wall full of Minnesota State Fair ribbons to prove it.

Eiken had previously owned a dairy farm in Houston, Minn.

“The dairy farm was in a river bottom and always wet,” he explains. “I had six floods in one summer before I sold out.”

Mink had been a hobby with the genial Norwegian while he farmed, but he had never pelted more than 300 animals until 1951.

Then he saw a newspaper advertisement for a mink ranch being sold by a Duluth businessman who had declared bankruptcy.

“My banker looked at me as if I had lost my marbles when I told him I wanted to buy it,” Eiken says.

He started with 150 female mink, which he has since expanded to about 1,700 animals, yielding about 1,000 pelts a year. He sells 200 of the furry creatures for breeding stock each year. 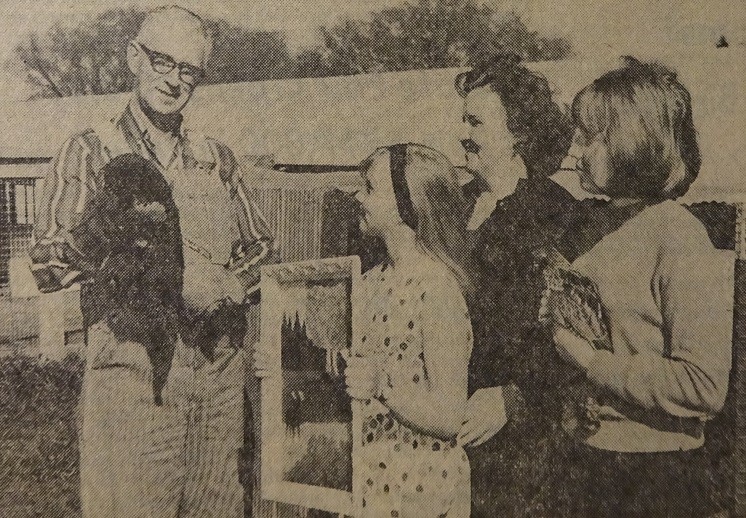 T. J. Eiken displays one of his prize mink while his wife, Doris, and two daughters look on. Rhonda is holding one of Eiken’s oil paintings, Niska cradles a partridge. Bud Doucette was happy earlier this week in front of the major league standings on the Sport Page Bar’s wall in Superior when the Twins led by 6-1/2 games. Doucette, the bar’s owner, is even happier now with the Twins leading by 9 games.