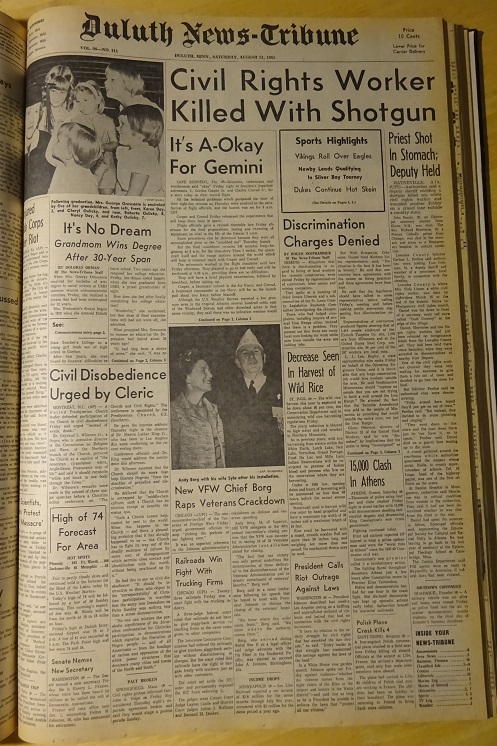 Fifty years ago — Aug. 21, 1965 — the DNT reports Mrs. George Orescanin has received her bachelor of arts degree in social science following summer session at the University of Minnesota Duluth. It was a process she had begun 32 years earlier.

Mrs. Orescanin’s dream began in 1929 when she entered Duluth State Teacher’s College as a young girl fresh out of high school in Carlton. After two years, she was forced by financial difficulties to leave school. Two years ago she resumed her college education. Friday, her dream ended happily when she was graduated from UMD, a proud grandmother of eight.

How does she feel after finally completing her college education?

“Wonderful,” she exclaimed, but that daze of final examinations still had not worn off, she admitted.

What prompted Mrs. Orescanin to resume an education the Depression had halted about 30 years ago?

“It had long been a desire of mine,” she said. “I was no longer working and my children had been put through school.

“Actually the idea never hit me until two years ago,” she explained. “I guess it had been a rather subconscious idea all along because I had been attending night classes and taken extension courses for a few years.”

Her husband was a constant source of encouragement. On a few occasions she became discouraged and disillusioned by the pressures of academic life and was determined to quit, she said. But her husband boosted her morale and reassured her.

Mr. and Mrs. Orescanin were married in 1933. They moved to Duluth and raised three children, two daughters and a son. 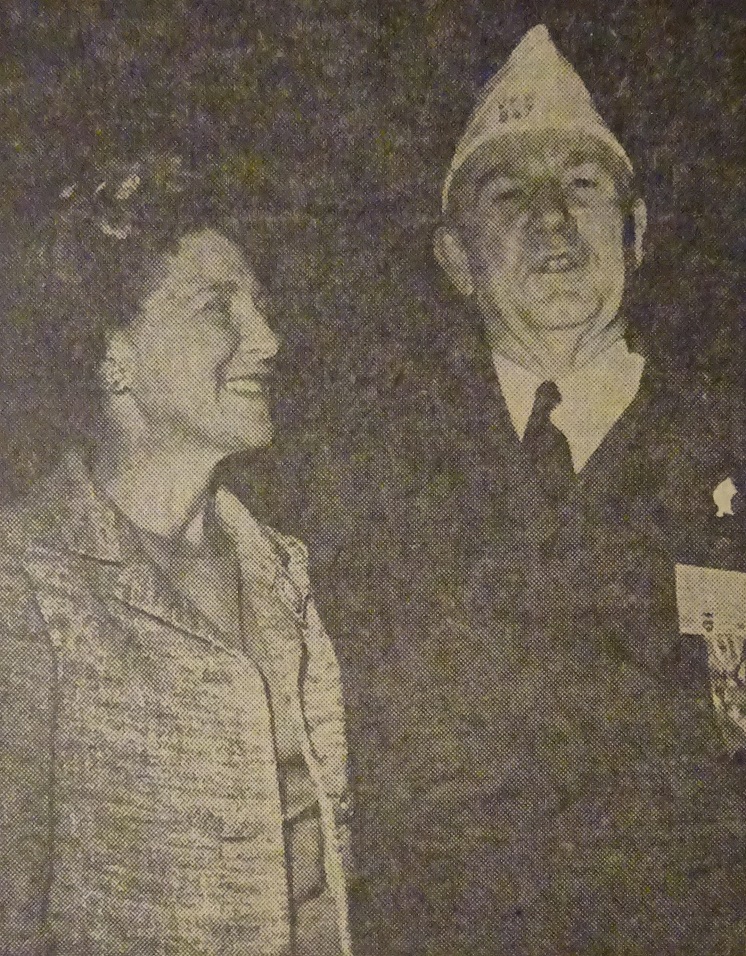 Andy Borg with his wife Syla after his installation as commander-in-chief of the Veterans of Foreign Wars. Borg, 54, of Superior, told VFW delegates at the 46th annual convention’s closing session that the VFW was successful in saving 15 of 32 Veterans Administration installations slated for closing. Peggy Denton, 15, Barnum, is winner of the junior bread-baking championship at the Carlton County Fair in Barnum for the fourth consecutive year. 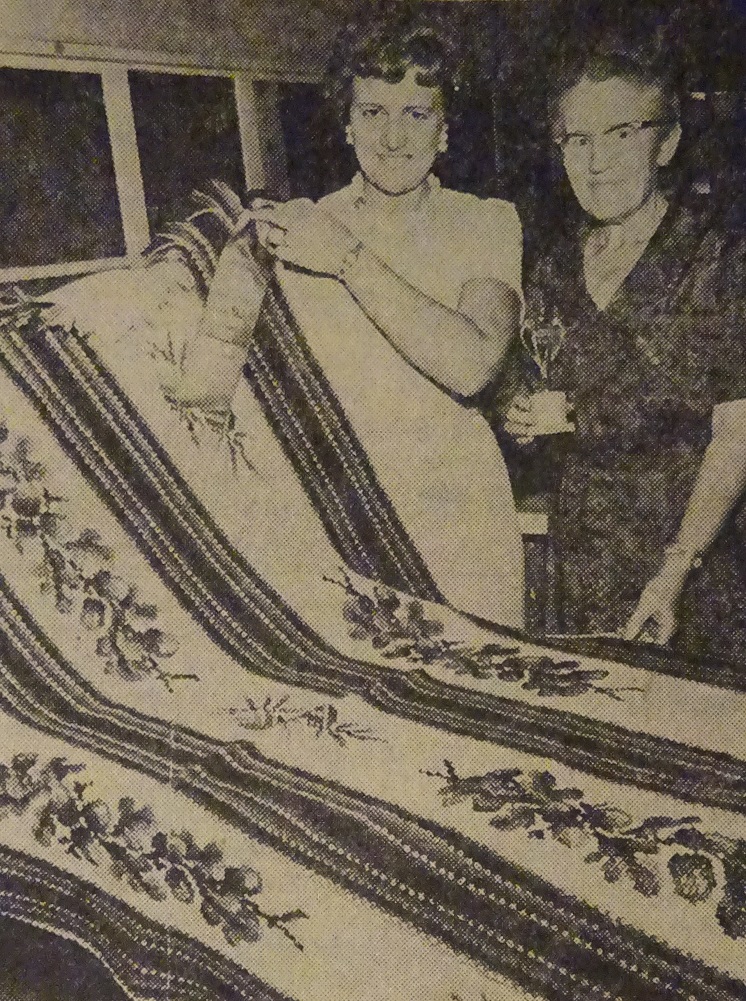 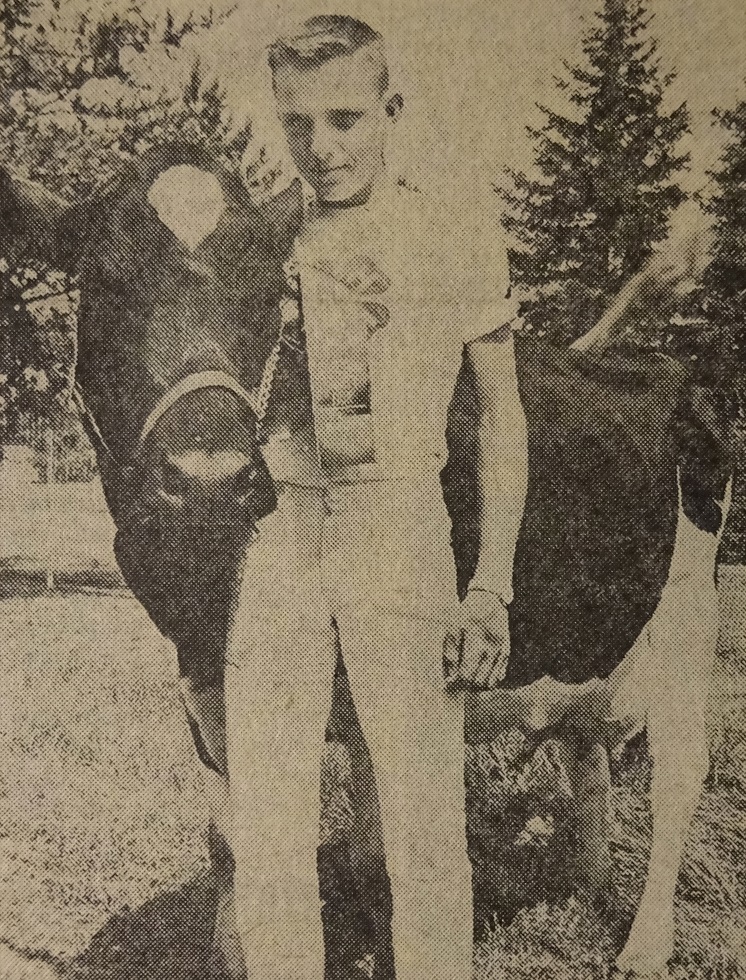 Dormitory Honors Griggs
A new women’s dormitory dedicated Friday at UMD was named Griggs Hall in honor of Richard I. Griggs, right, retired University of Minnesota regent and a leading booster of the Duluth campus. With Griggs are William K. Montague, left, university regent from Duluth, and UMD Provost Dr. Raymond W. Darland. In a dedication speech, Darland said Griggs “not only was instrumental in providing a new campus site, but he worked untiringly with area citizens, legislators, donors, the regents and university administrators to insure its development.”

The latest Duluth dateline in The Onion newspaper reports "It impossible to tell what sounds will freak out cat." Apparently,...