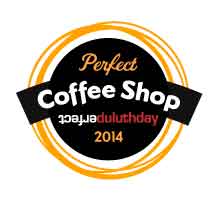 A rash of new coffee joints have opened up in Duluth in recent years, but an old favorite was the clear winner in Perfect Duluth Day’s poll to name the best coffee shop. Beaner’s Central Concert Coffeehouse has been as much known for its live music and friendly vibe over the past 15 years as it has for the Alakef-roasted java blends served there daily. Not to mention the baked goods, soups, sandwiches, pizzas, random experimental breakfasts, beers, wines, art exhibitions, basement recording studio and whatever else the affable and eccentric owner and founder Jason Wussow decides to offer next. It’s no wonder Beaner’s dominated with 50 percent of the vote in the three-way race for Duluth’s coffee-shop crown. 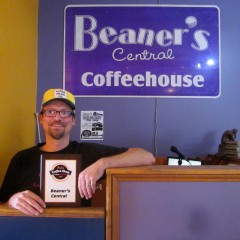 Jefferson People’s House, which opened just three months before our poll, gave a strong second place performance with 28 percent of the vote. The not-quite-two-year-old Duluth Coffee Co. cafe and roasterie also performed well, pulling in 22 percent of the vote.