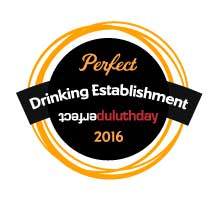 Area boozers and barflies have reached a general consensus: Sir Benedict’s Tavern on the Lake is the perfect Duluth drinking establishment. The English-themed pub located at 805 E. Superior St. netted 34.5 percent of the vote in Perfect Duluth Day’s poll.

Sir Ben’s is a bit of an institution. It opened as a pub in 1978 (before that the building was a service station) with a focus on sandwiches and beer. The favored watering hole has long attracted a range of fans, from college students to musicians and business people.

Owners Josh and Kaila Stotts took over the tavern in April 2015. Josh was surprised to learn about the PDD poll. When asked what patrons appreciate about the bar, he said. “We try to offer a welcoming ambiance — a place where people can relax and feel really comfortable.” 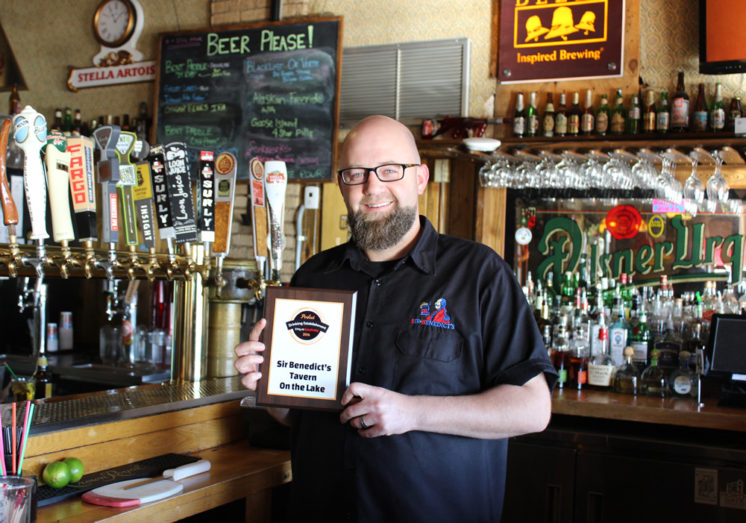 The Stotts have made minimal changes since they took over, but one that sets the pub apart is a focus on craft draft beer. The extensive rotating menu of 20+ taps features local options as well selections from breweries in greater Minnesota and bigger national brands that aren’t typically poured in Duluth. Josh says he’s also worked to develop the wine menu.

Tasty gourmet sandwiches and an outdoor patio near the lake add to the tavern’s appeal. Sir Ben’s is also one of the only venues in Duluth to consistently host free live music shows most nights of the week, which makes it a favorite among music lovers.

The original poll included 23 nominees. Among the final four, the Breeze Inn took a close second place, with 31 percent of the vote. Honorable mentions also go to the Red Herring Lounge and the Bent Tap at Bent Paddle Brewing, which garnered 18.5 and 16 percent of the vote, respectively. 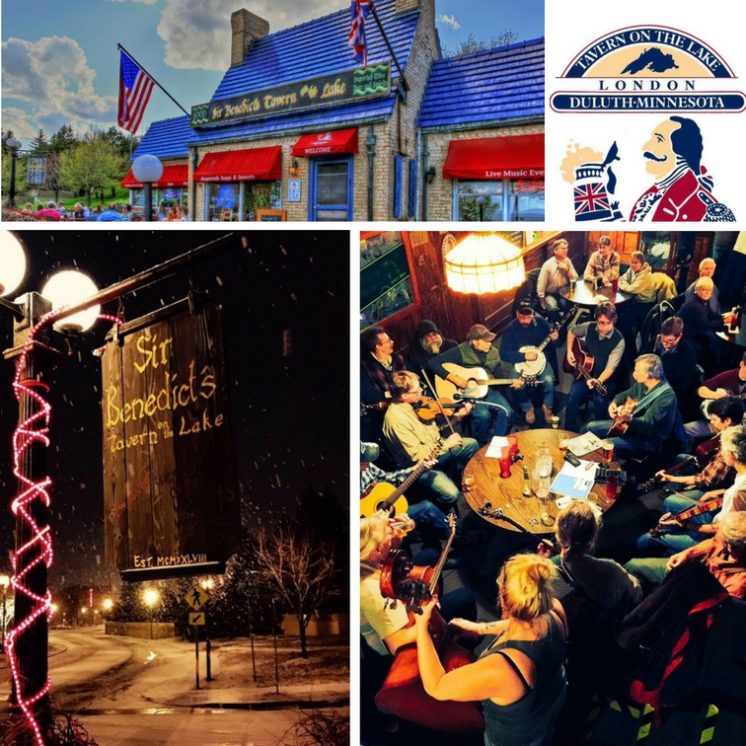 Perspective Map of Duluth in 1893

Similar to the "Perspective Map of Duluth in 1887," but more recent and from a bit different angle.