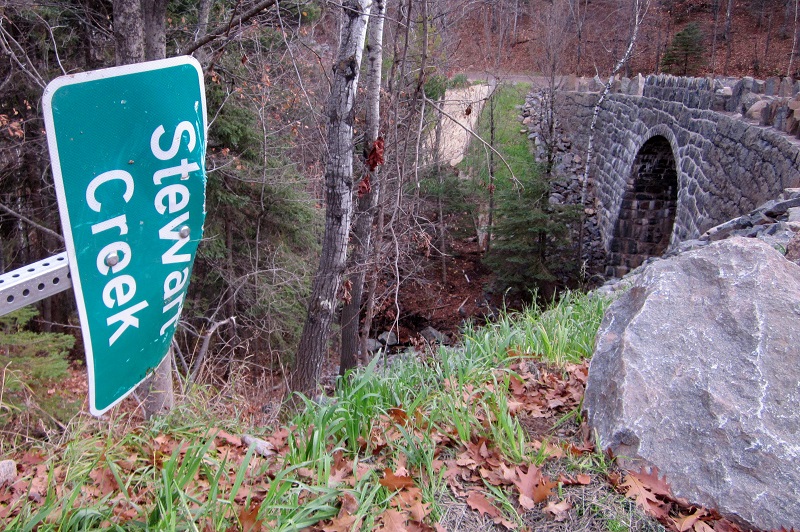 The Stewart Creek Stone-Arch Bridge at Magney-Snively Natural Area (State Bridge Number L6007; built in 1891) has been repaired from damage sustained during the Hideous Solstice Flood Calamity of 2012. The bridge had sustained significant flood damage and deterioration to the abutment walls, stone-arch underside, headwalls, wing walls, railing and guard stones. (We’re not sure when that sign was damaged or when it will be pulled upright.) 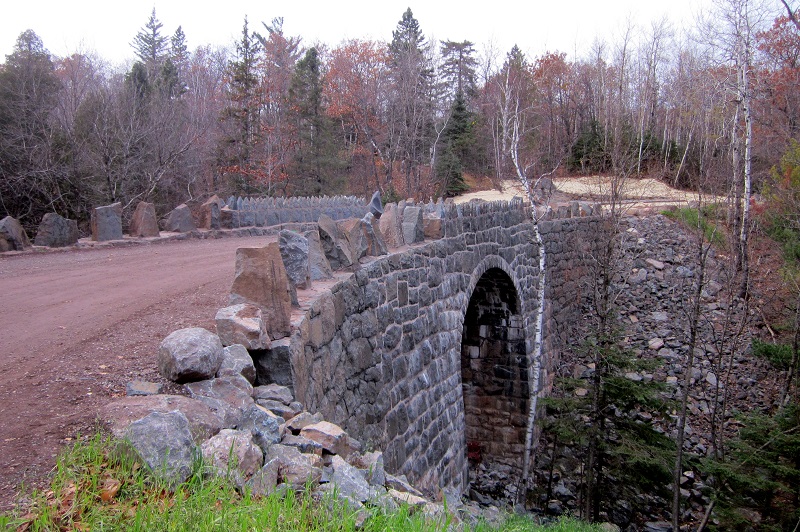 And hey, what’s that over on the eastern side of the bridge? Well, that’s the Snively Monument, which had been covered with brush and sediment long enough ago that most people had no idea it ever existed. 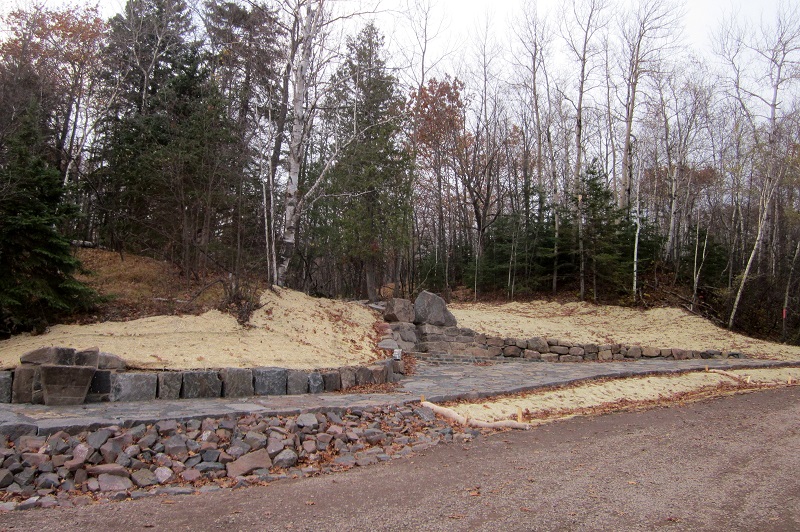 The monument was built in 1927. It has been restored, and the creek flows into the snappy reflecting pool. 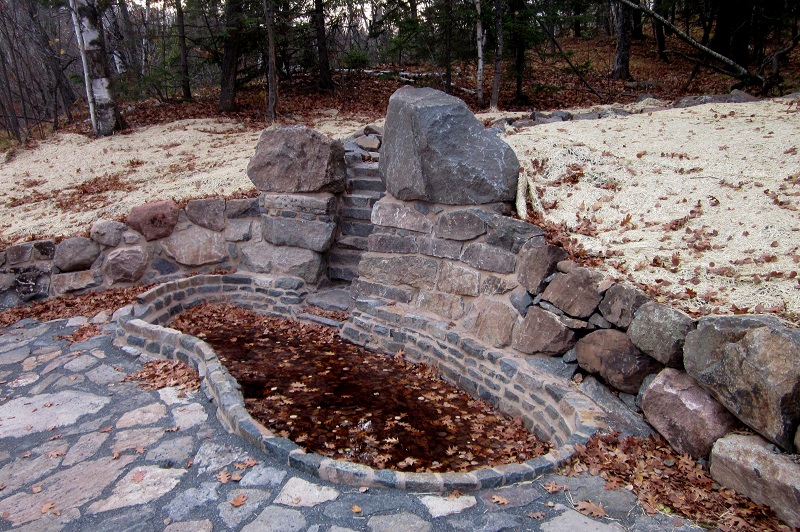 In a related note, Haines Road has also reopened following flood damage. That is one weird drive — quite a different landscape from what it was before, but with the same horseshoe bend — and the second lane on the uphill side will take a lot of getting used to.

The “related” part is that the Superior Hiking Trail goes through there, too. There is a new parking lot that was totally needed. I’d never seen more than one car at the trailhead when parking was on the shoulder of the road, but there were 11 cars in the parking lot today. 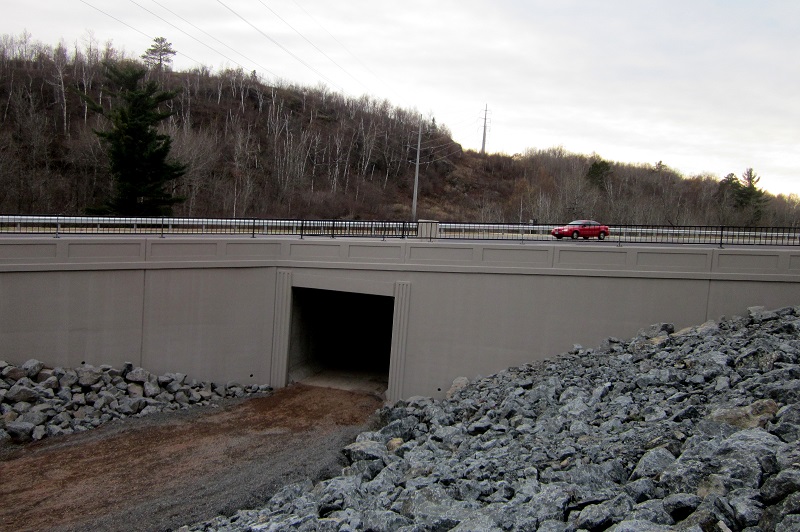 The elaborate, expensive and perhaps unnecessary part is this SHT underpass. Haines was never really a tough road to find a gap in traffic on. Anyone healthy enough for a hilly wilderness hike could manage crossing the road with ease. But, as the first commenters on this post have noted, it makes sense to have it for snowmobilers, so I stand corrected.