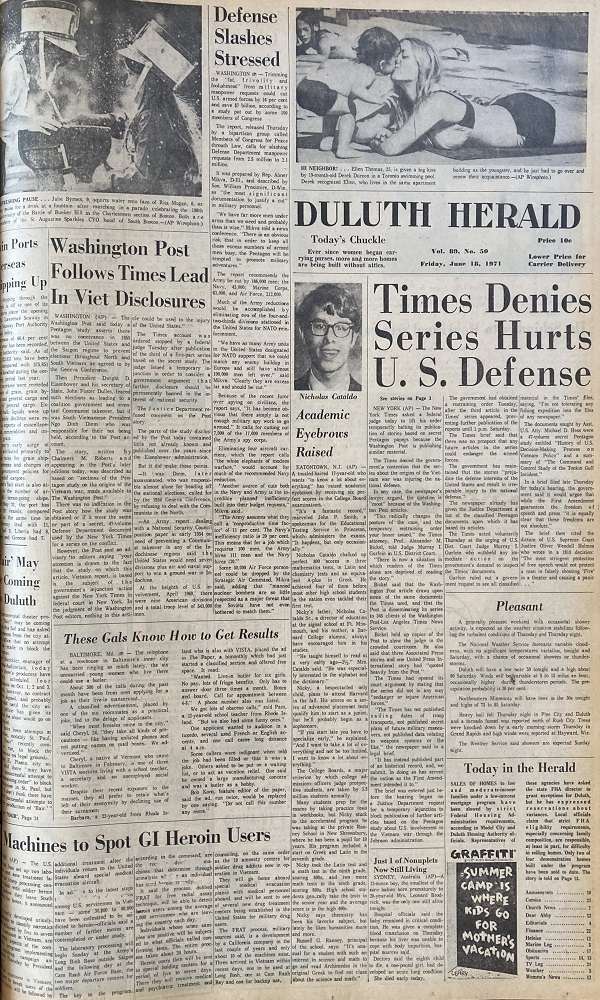 Duluth’s 290 licensed foster homes were falling short of meeting the need 50 years ago. The June 18, 1971 Duluth Herald reported “a crucial situation,” in which “good kids” wound up in detention centers for lack of foster homes. 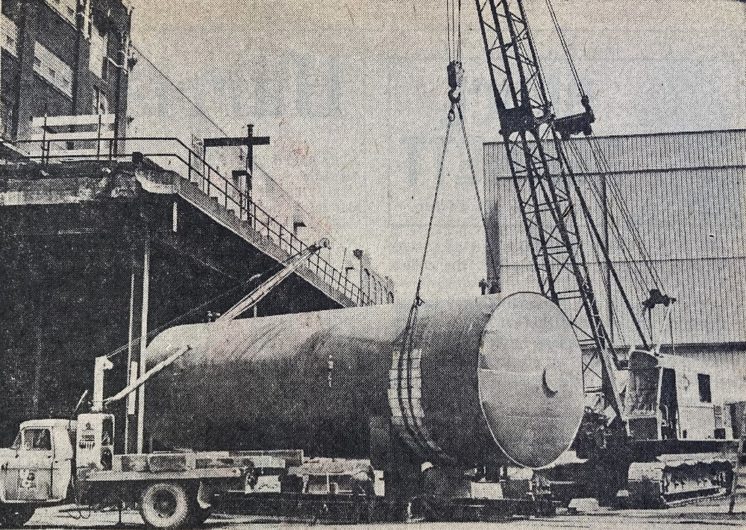 Caption: Big Tank … This storage tank, which will contain 100 tons of liquid carbon dioxide, is the final major element of a new freezer system that will enable Jeno’s Inc. to increase its Snack Tray production by 3,500 pounds per hour, and make more freezer capacity available for frozen pizza products. Carbon dioxide is the freezing agent, holding temperatures 80 to 100 degrees below zero. The tank was put into place Thursday at Jeno’s Railroad Street plant. Caption: Championship Performance … Andrea Riley, 14, of 815 N. 12th Ave. E., leaps four-feet three-inches over the high jump bar to win the championship in the Prep Girls event (13- and 14-year-olds). Andrea was among the 250 juniors who participated in the Junior Champ Track and Field Meet at UMD’s Griggs Field Wednesday and Thursday nights. — (Herald Sportsphoto.)