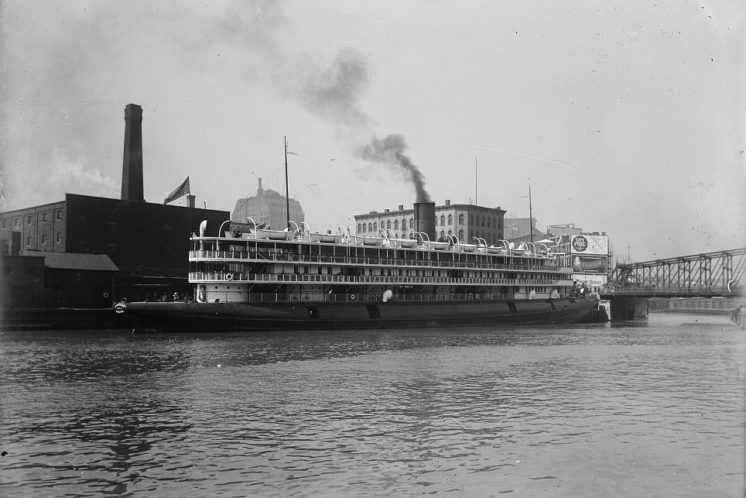 The Library of Congress captions this image “Steamer Christopher Columbus from Duluth passing industrial buildings,” and dates it “between 1900 and 1915.”

The SS Christopher Columbus was the longest whaleback ship ever built and the only one outfitted to serve as a passenger steamer — the rest were cargo barges. It was built by American Steel Barge Company in Superior and was in service from 1893 to 1933.

The Christopher Columbus holds the distinction of having transported more people than any other vessel on the Great Lakes and at the time of her launch, she was the largest vessel on the Great Lakes. She was unveiled at the 1893 Chicago Worlds Fair and transported massive numbers of people between Lake Michigan ports prior to her scrapping at Manitowoc, Wisconsin in 1936.

https://www.youtube.com/watch?v=Rr-Kx5iJUl4 [Update: Not a real shark! I'm writing it all up for my next Saturday essay at the end of...