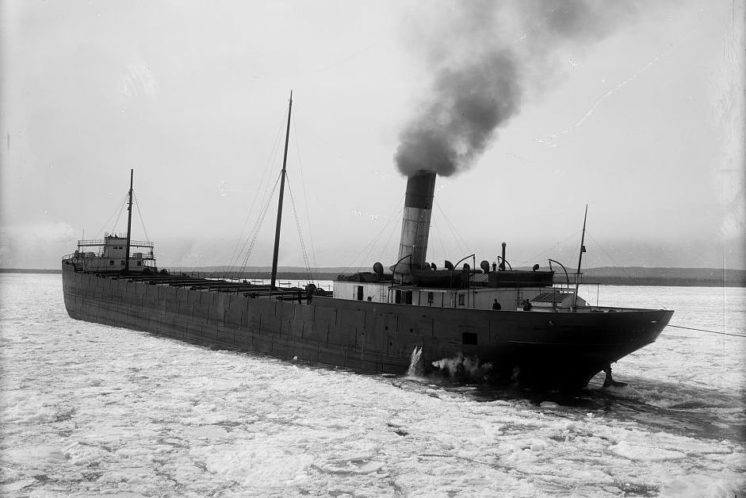 This Detroit Publishing Company photo of the bulk freighter Maricopa comes with little information. The Library of Congress dates it as “between 1900 and 1910.” There’s no photographer name and no location. It’s even filed as “S.S. Merick [sic] of Duluth,” for some reason.

According to information compiled by the Alpena County George N. Fletcher Public Library in Michigan, the Maricopa was launched in July of 1896 and remained on the Great Lakes until Aug. 20, 1974. During that span it had at least six different owners and five names. Sold 1962 to Goderich Elevator & Transit Co., Goderich ON for grain storage in Goderich harbor.
Renamed D. B. Weldon (1). Towed to Thunder Bay ON in 1974 and scrapped.

Postcard from the Duluth Auditorium

The Duluth Auditorium -- now known as the Duluth Entertainment Convention Center's Symphony Hall -- opened in 1966. It has...