Postcard from the S.S. North West 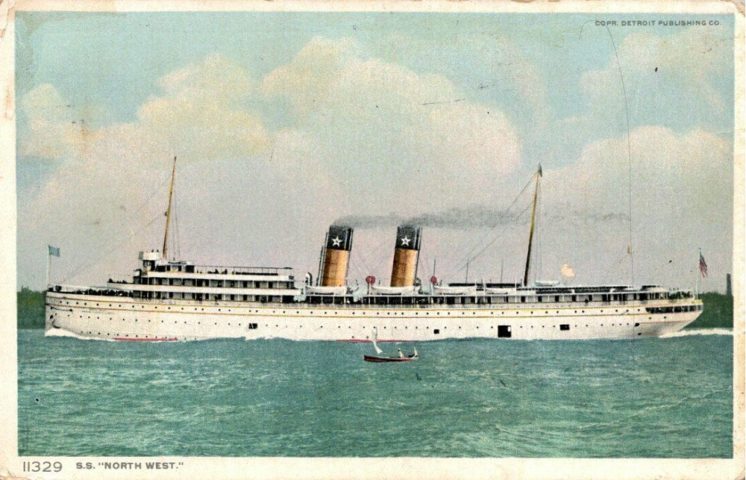 According to the Historic Detroit website, the North West “began its life as one of the finest passenger steamers ever built for service on the Great Lakes — and, after a series of unusual events, ended that life by being torpedoed by the Germans during World War II.”

The website notes the North West entered service in 1895, running between Buffalo and Duluth with stops in Detroit, Cleveland, Sault Ste. Marie and Mackinac Island. It originally had three smokestacks, and was reduced to two, as seen in the postcard, in 1902. A fire in 1911 marked the end of the North West’s time as a passenger vessel. The back half of the ship was later used to construct the Maplecourt, which was sunk by a torpedo from a German U-boat on Feb. 6, 1941, killing all 38 men aboard.

The message on the back of the postcard reads:

Dear Friend,
Received your postal. Am feeling great, how are you? Was to a dance last night and had a good time. Goodbye with love. 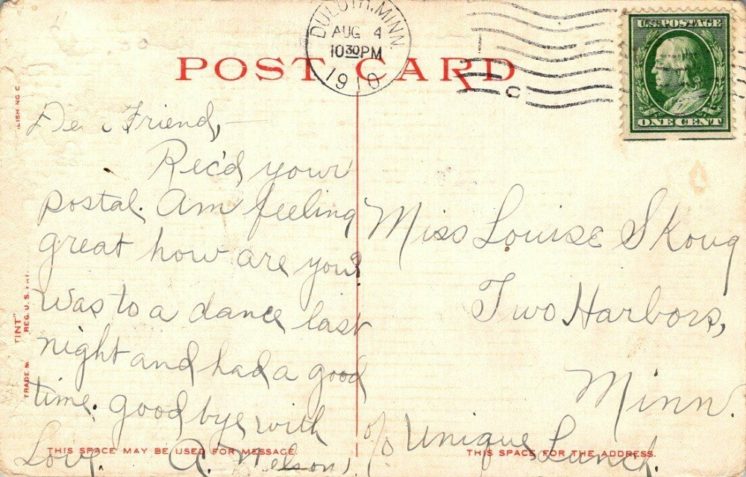 https://www.youtube.com/watch?v=pm31qAMaGpM In the third episode of Vansplaining, Duluth’s Alan Sparhawk talks with Canadian folk band Cat Clyde about the benefits...