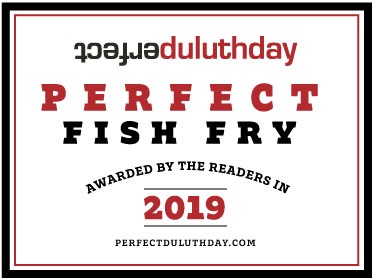 Competition to name the Perfect Duluth fish fry was fierce but the The Breeze Inn managed to angle ahead of the others to claim the title with 36 percent of the vote among the final three.

Do country-bar fish fries fare better? It’s notable that the three top-ranked fish fries are all just outside of Duluth city limits. Breeze Inn is in Rice Lake Township while Billy’s in Lakewood Township was the runner up with 33 percent of the vote. Wabegon in Superior Township came in third with a respectable 31 percent. Among establishments within Duluth city limits, Bridgeman’s had the most votes.

This award is not the first time the Breeze Inn has been praised for its food. In an episode of the Travel Channel’s “Man V. Food,” which aired in July, host Casey Webb said the deep-fried fish is “phenomenal” and marvels at its golden breading, which he characterizes as simultaneously “crunchy,” “flakey” and “buttery.” He also calls the homemade tartar sauce the best he’s ever had and jokes about dipping himself in it and stealing the recipe. 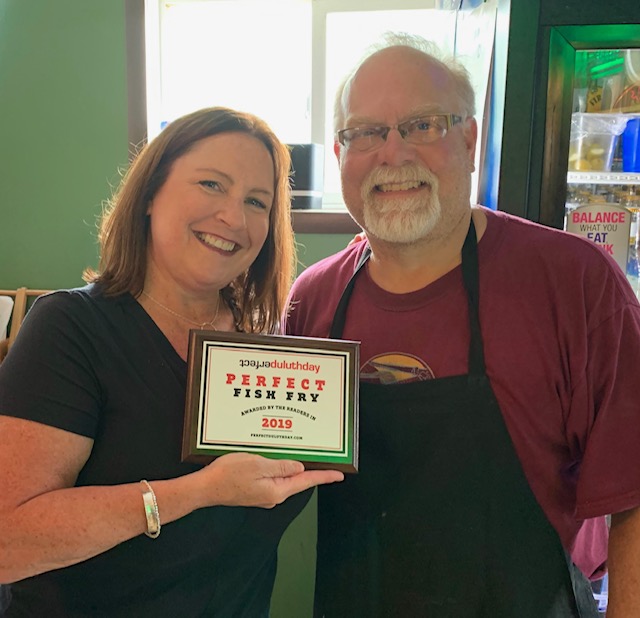 The Breeze Inn perfected its fish fry recipe before the national show visited Duluth to film last spring, according to owner Kate Waggoner. The secret? Batter made with local Hoops Brewing beer.

The bar and grill at 5168 Jean Duluth Road serves its fish fry every Friday. Waggoner said people come in specifically for the special. It’s one of the restaurant’s busiest nights of the week.

What makes the Breeze Inn’s fish fry stand out from the rest? “It’s the whole package, everything is homemade,” said Waggoner, noting that pieces of fish are hand dipped to order.

For $10.99, patrons can partake in all-you-can-eat beer battered pollock and a side (French fries, obviously) along with house made coleslaw and that tantalizing tartar sauce. After the Travel Channel feature, the restaurant got emails from all over the country asking for the recipe. The restaurant has been recognized for its hand-pattied, Minnesota-sourced beef burgers by publications like the Duluth News Tribune and Eater Minneapolis.

The Breeze Inn was named one of the top 10 places in Minnesota for a Juicy Lucy by USA’s 10 Best. It’s one of few places in the Twin Ports area to have the Minnesotan culinary invention on the menu. Waggoner said the cheese-filled burgers are labor intensive. They entail a longer cook time and wait for customers but she promises they’re “totally worth it.”

Waggoner and her husband Shaun both had lengthy careers in advertising before deciding they needed a change. They jumped on the opportunity to buy the Breeze Inn, a longstanding establishment, about 8 years ago.

The Waggoners remodeled the restaurant, gutted and revamped the kitchen but kept the bar’s country charm. The husband-and-wife team shares responsibilities; she runs the front of house while he runs the kitchen.

“It’s tons of work, long hours and days. It’s not a ton of money but it’s a lot of personal reward,” said Waggoner, explaining that the couple is especially gratified to receive so much positive feedback about the food. “It makes all hard work worth it when we get that kind of recognition,” she said.