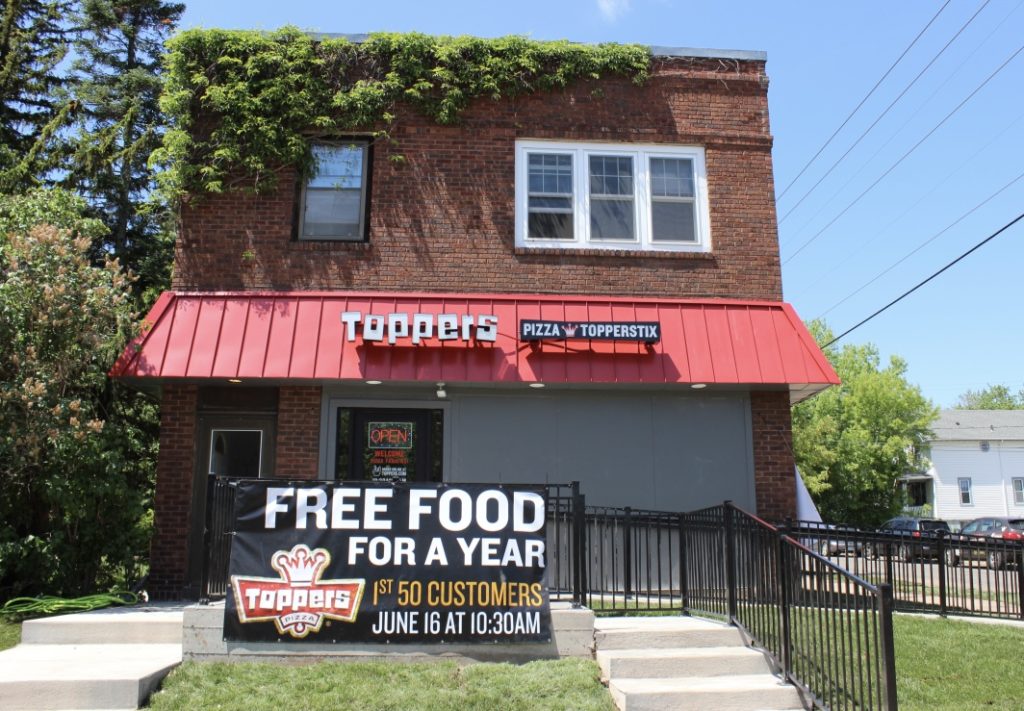 Duluth’s East Hillside just got a bit cheesier. Toppers Pizza is holding a soft opening today and tomorrow. At the shop’s grand opening on Saturday it will give 50 people free pizza for a year.

Jordan DeCaro, a real estate agent and Duluth native, is opening the pizza franchise at 1231 E. Ninth St. He also has plans for Lincoln Park and Superior Toppers Pizza locations in the next year.

Toppers Pizza began in Whitewater in 1991 and has been quickly expanding throughout the Midwest. It now has 84 stores, with Blaine being the closest location to Duluth.

Justin Lyons, area supervisor, says Toppers has an “out-there style” with “cool, different pizzas that are pretty unique to us.”

Among the menu offerings are a tater-tot pizza and a macaroni and cheese pizza. Topperstix — gourmet cheese sticks — are one of the pizza chain’s most popular items. “You can get single and triple orders,” says Lyons. “They’re good, shareable things and everyone loves them.”

Lyons says Toppers uses fresh ingredients and 100 percent Wisconsin mozzarella cheese. It also makes dough in-house every day. The shop mainly does delivery and takeout but the Duluth location has some bar seating and they expect to add picnic tables outside this summer.

The shop has reasonable prices and good deals. With the “Pick any 2” special, customers can choose two items for $5.99, from a menu that includes a half pound of wings, single order of Topperstix, medium pizza or mac and cheese side.

As part of Saturday’s grand opening, the first 50 people in line will win a free pizza each week for a year. Lyons says its not uncommon for people to line up the night before and camp out to take advantage of this big opening store giveaway. Patrons who aren’t as ambitious still have a chance to win prizes from scratchoffs all day Saturday.

Toppers has long hours and gives Duluth another needed late-night food option. It’s open every day from 10:30 a.m. to 3 a.m. More information and updates can be found on the Toppers Pizza Duluth Facebook page. 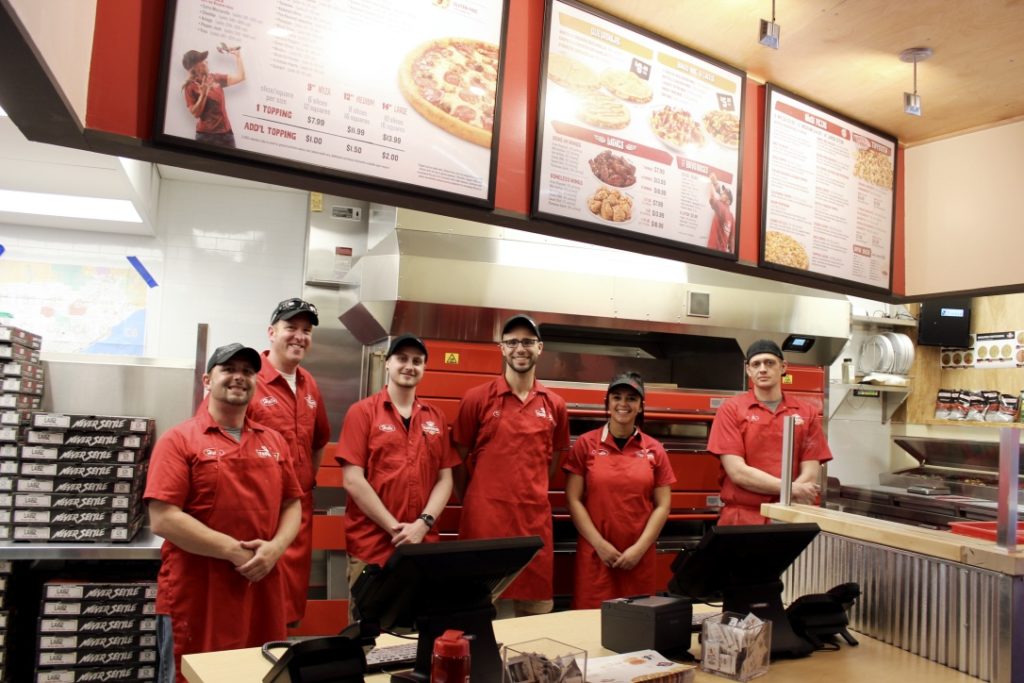 Business North reports that Kickapoo Coffee will open this summer at 117 Rittenhouse Ave. in Bayfield. It's the former location...