If all proceeds as planned, Lincoln Park Café could open in the former Randy’s Café location as soon as next week.

Mike Delich said he hopes to have everything in order by then to open the rebranded diner at 2125 W. Superior St. in Duluth. He has owned the building for 35 years and ran the restaurant for 10 years when it was called 21st Delight. More recently, Randy’s Café served customers in Lincoln Park for nearly a decade. When the café suddenly closed last summer, a slew of regular patrons were left in the lurch.

According to Delich, some loyal customers have continued to stop by and check in as he’s been working on the place during its closure. Some have been patronizing the café since back when he was running it 25 years ago.

“They say the feet have a habit of going in one direction,” he said.

Delich said the the previous restaurant owner, Randy Watczak, hadn’t kept the place up so he decided to take it over. Delich, who also owns the Oliver Tavern, spent the past seven months getting the diner back in order, deep cleaning and repainting. He was considering selling the building but decided to open a café for now because he sees a need for it in the neighborhood and didn’t want the building to sit empty. 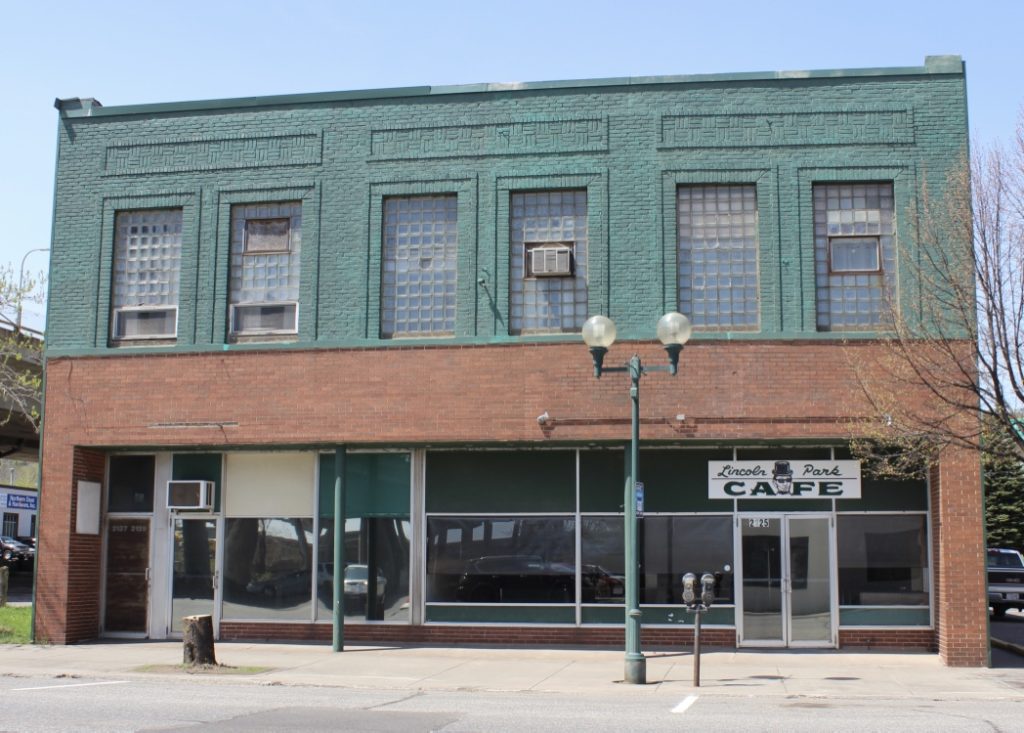 Customers will notice a couple of new signs on the front and side of the building. Delich said he grew up calling the area the West End and initially had a hard time adjusting to the notion of a “Lincoln Park” neighborhood but he decided to embrace the changes happening in the area by choosing the Lincoln Park Café name.

He’s been pleased to see the addition of new businesses, noting that he sees hope for the neighborhood, which went through a period of decline.

“It’s not easy doing business in Duluth. The city mainly emphasizes Lake Avenue and Canal Park,” said Delich, noting that more businesses are good for everyone, as they help draw people into a neighborhood.

The building dates back to the 1920s and has seen many uses through the years. Delich said it was originally a haberdashery. It also served as a VFW Post and then a Bridgeman’s restaurant before he bought it. Several restaurants have operated there since, including Park Place and the Diner. The building is expansive. The restaurant on the main floor has two sections with seating for more than 100 people. Delich rents out part of the upstairs to Twin Ports Boxing and rents upstairs office space as well. He notes the building has some advantages, like plenty of parking and being centrally located.

In the future, Delich hopes to find someone to buy the building and take over the restaurant. “I’d like to find the right person, someone who is motivated, to take it over eventually,” he said.

Not much has changed at the diner. The décor, menu and hours will be similar. Delich said the restaurant has always been known as a breakfast and lunch place. The Lincoln Park Café will employ about 18 people.

Customers can expect a simple menu of traditional diner fare at affordable prices. The café will be open from 6 a.m. to 2 p.m. every day and will feature daily specials. Last Thursday, shortly after 6 p.m., I was out for a walk with my dog on the west side of...