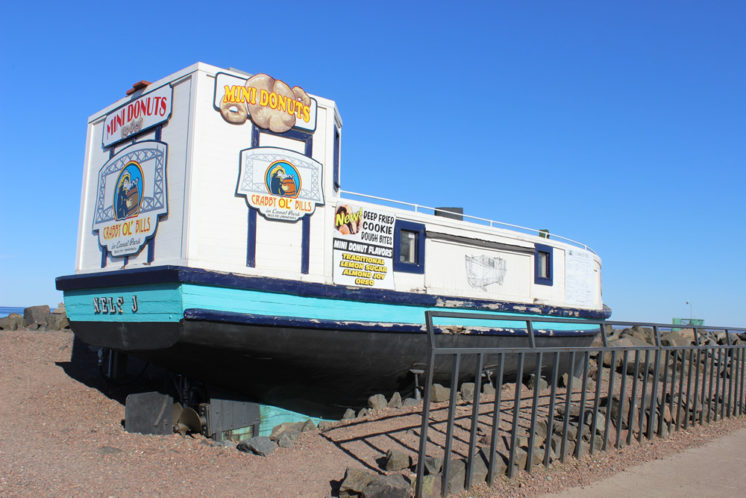 Starting in June, Duluthians and tourists will once again be able to get their mini doughnut fix out of a retired fishing vessel in Canal Park.

The fate of Crabby Ol’ Bill’s snack shack remained in question after Steve and Susan Smith announced they would be closing it back in December after five years running the business. Last week, the Duluth City Council approved a lease for developer Brian Forcier of Titanium Partners to operate the seasonal food stand based within the Nels J, an iconic boat that sits adjacent to the boardwalk near the North Pier Lighthouse.

Forcier says the Nels J has fallen into disrepair. Starting Wednesday, parts of the boat will be dismantled for restoration. The boat will receive a fresh coat of paint and new signage. The target reopening date is June 1, or shortly before, if all work is completed as planned. The plan is for the food stand to be open through the end of October.

Customers can expect a similar menu of snacks, such as cheese curds and mini doughnuts. Forcier says the new stand will get creative with the mini doughnut concept and will feature some signature items such as Lake Superior whitefish.

The only other such grab-and-go food stand options in Canal Park are the popcorn stand and Grandma’s Boxcar.

The new rendition of Crabby Ol’ Bill’s will have music and colorful marine flags. Standing tables will be added to make it easier for people to eat on the go. “It will be bright, happy place and a fun spot for families,” Forcier says.

Sources indicate the Nels J was built in 1946 by Frank Muhlke in Bayfield. After years of service on Lake Superior, the 35-foot, wood-hulled fishing tugboat was retired, then restored in 2001 and moved to Canal Park to its current resting place.

Titanium Partners recently overhauled the once-seedy Last Place on Earth property at 120 E. Superior St., which now houses the Blacklist Artisan Ales taproom and brewery. Forcier says he loves an old Duluth story and enjoys taking on fun, smaller scale projects as a developer of late. The company has plans to dig more into the history of the Nels J boat and share a write up of what they learn with customers.

“I’m glad that it will stay there and remain an attribute to the Lakewalk and something people can enjoy. Many locals don’t even recognize it’s there. I’m hoping more locals find it, it’s a fun spot for tourists and locals,” says Forcier. 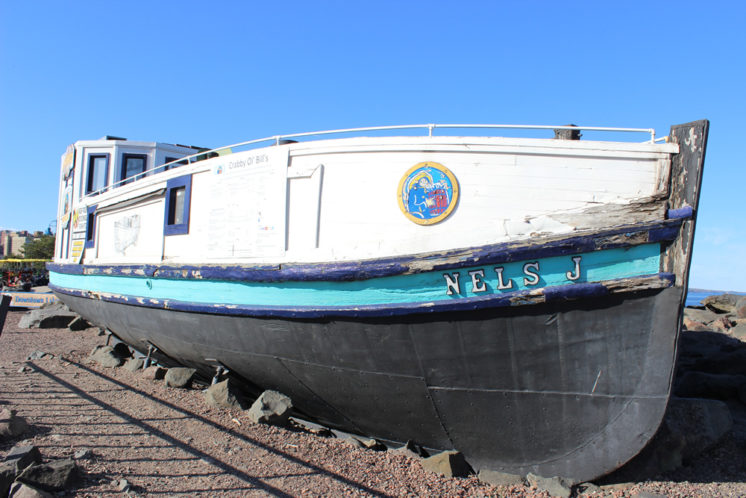 https://www.youtube.com/watch?v=Bk3-fkrRxuQ The World Wrestling Federation brought its first card to Duluth on May 14, 1987. The main event featured Billy...