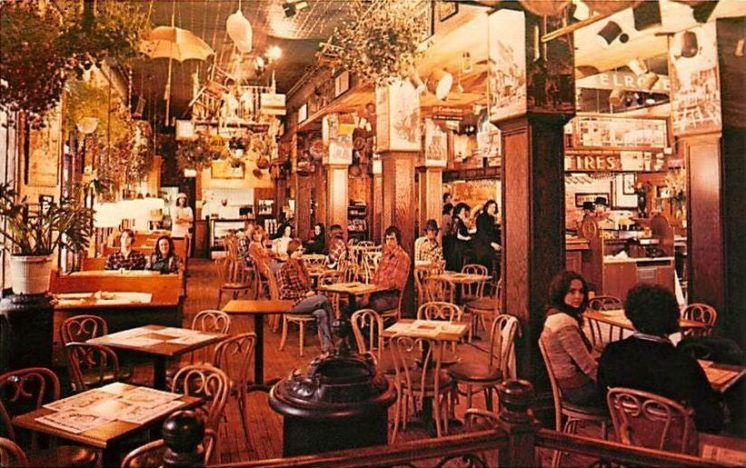 The text on the back of the postcard reads:

Grandma’s is located at the foot of one of Minnesota’s largest tourist attractions, the Aerial Lift Bridge. While dining at Grandma’s, you’ll watch international ocean going vessels passing thru the ship canal on their way to grain elevators and various docks within the harbor.

Grandma’s Restaurant Co. slowly grew from this single restaurant into a chain of eateries in Minnesota and also briefly in North Dakota and North and South Carolina.