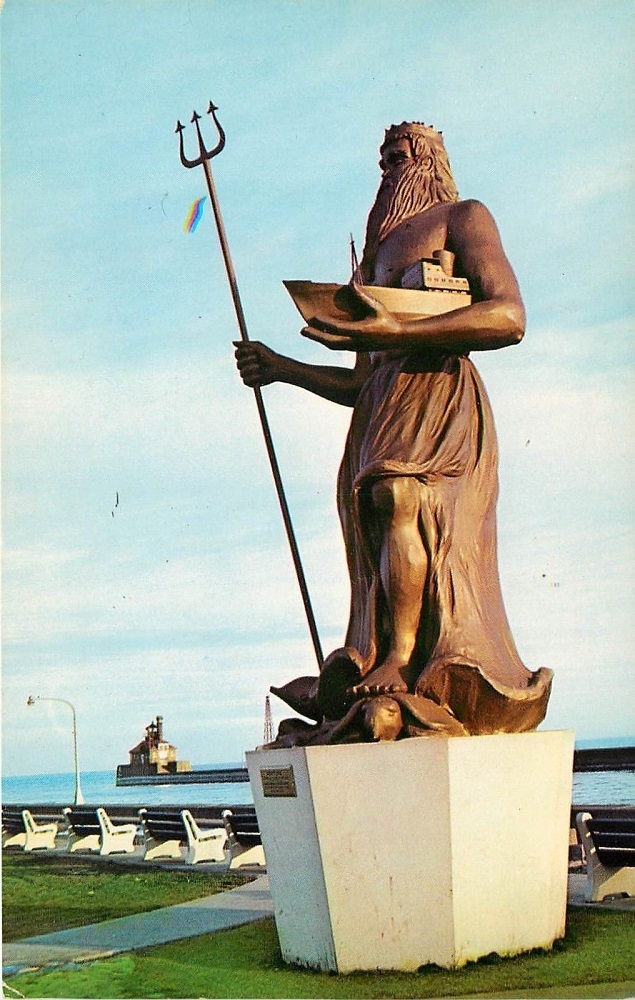 This statue of Neptune stood on the edge of Duluth’s shipping canal from 1959 to 1963. The text on the back of the postcard reads:

Neptune — Symbolic Ruler of the Sea
This statue was given Duluth by the State Fair Board and the land loaned by the Corps of Engineers at Canal Park, Duluth, Minn. to commemorate the arrival of the first deep draft ocean going vessel in to Duluth on May 3, 1959. Neptune was God of the Sea — son of Cronus and Rhea. The Greeks called him Poseidon. He was Jupiter’s brother. Neptune controlled all the waters of the earth and was worshiped by sailors. The 3 prong spear he carried was called Trident.

You might think the Neptune statute was really cool and wonder where it is now. Well, rest assured it was a hunk of junk and doesn’t exist anymore.

Neither stone nor metal, the statue was made of fiberglass and a “weatherproof plastic component.” Soon the statue was pock-marked with scars from rocks tossed up by the lakes waves and misbehaving children. Workers constantly patched and repainted the statue, costing the city about $300 a year to maintain it … In 1963, those maintenance woes were solved in a matter of seconds. While taking the statue off its pedestal to perform major repairs, workers using torches to free the structure from its internal supporting pipes accidentally set the statue ablaze. It took just a few minutes to turn it to ashes. The material inside the fiberglass outer shell turned out to be nothing more than papier mâché. 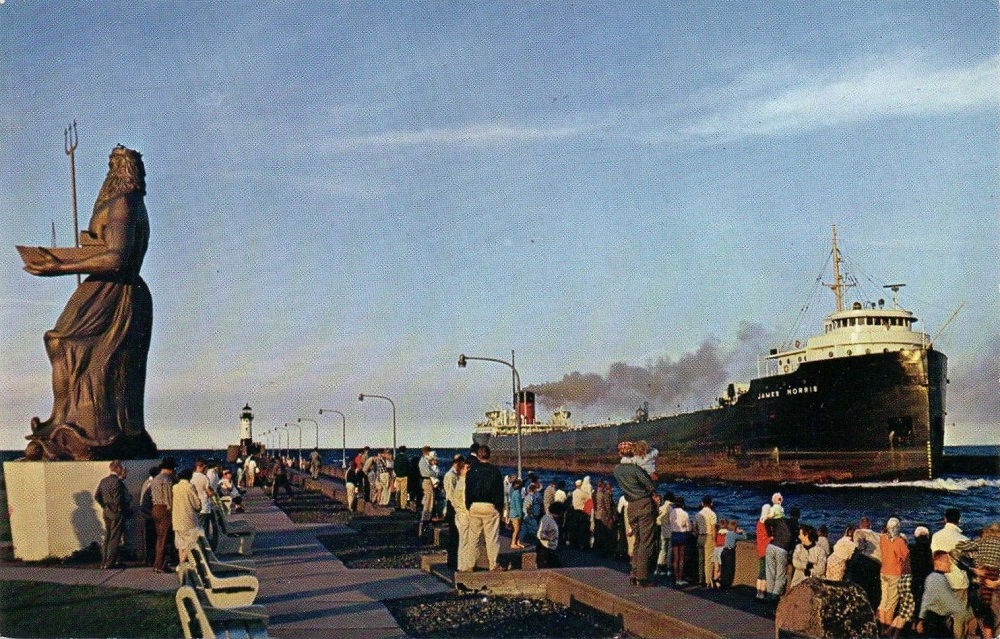 Neptune also found his way into the above postcard of the James Norris. The text of that card reads:

James Norris
Visitors line up on the promenade of the Duluth Canal Park to view the mammoth Canadian laker arriving for a load of iron ore. The Duluth-Superior Harbor ships more iron ore than any other port.

And Neptune makes an appearance at the end of this short film. The clip is dated 1958, but must be from 1959 or later.

Below are other random images of the ol’ God of the sea. 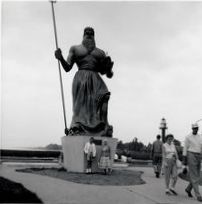 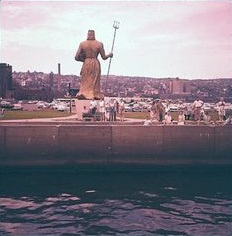 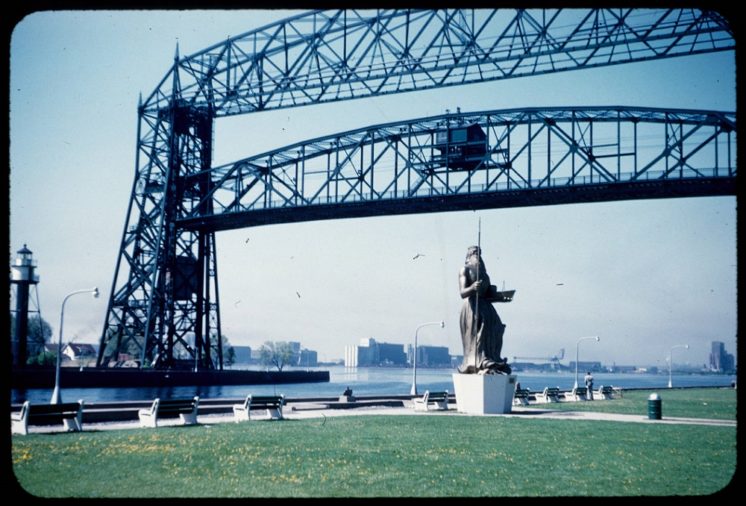 P.S. Everyone knows the real-life Neptune appears at the end of a few of Perfect Duluth Day’s television commercials, right?

Duluth International Airport announced today that 280,865 passengers flew through the facility in 2018, marking a 13 percent increase over...