The World Wrestling Federation brought its first card to Duluth on May 14, 1987. The main event featured Billy Jack Haynes losing a chain match to Hercules Hernandez. The syndicated TV program Superstars of Wrestling featured two promos for the Duluth Arena card tucked into the commercial breaks of local broadcasts. One featured Haynes (above) and another starred Adrian Adonis (below).

At the time, the WWF shot promos with “Mean” Gene Okerlund and Lord Alfred Hayes doing location-specific intros and then cut to interviews with wrestlers that were shot separately for use in all markets where the same match would occur. So you won’t hear Haynes or Adonis reference Duluth, but Mean Gene and Lord Alfred make all sorts of remarks about Duluth, how Harvey Solon never picks up a tab, how they’ll be golfing at Northland Country Club against Leo Spooner, etc.

Adrian Adonis did not appear for his Duluth match against Brutus “The Barber” Beefcake. He was purportedly fired by the WWF days before the event and returned to wrestling in the AWA. One year later he died in a car crash.

“Luscious” Johnny Valiant took Adonis’ place in the match against Beefcake. Valiant was primarily a manager at the time, promoted as “Johnny V.” Two months earlier at Wrestlemania III, Valiant was Beefcake’s manager in a tag team match. Beefcake and longtime partner Greg “The Hammer” Valentine defeated the Rougeau Brothers, but after the match a new member of Valaint’s stable, Canadian strongman Dino Bravo, jumped into the ring and attacked Beefcake, launching the new tag team of Valentine/Bravo and starting a feud between Valiant and Beefcake that birthed Beefcake’s “barber” gimmick.

The image below from the Duluth card shows Valaint hugging a ring post during his match with Beefcake. 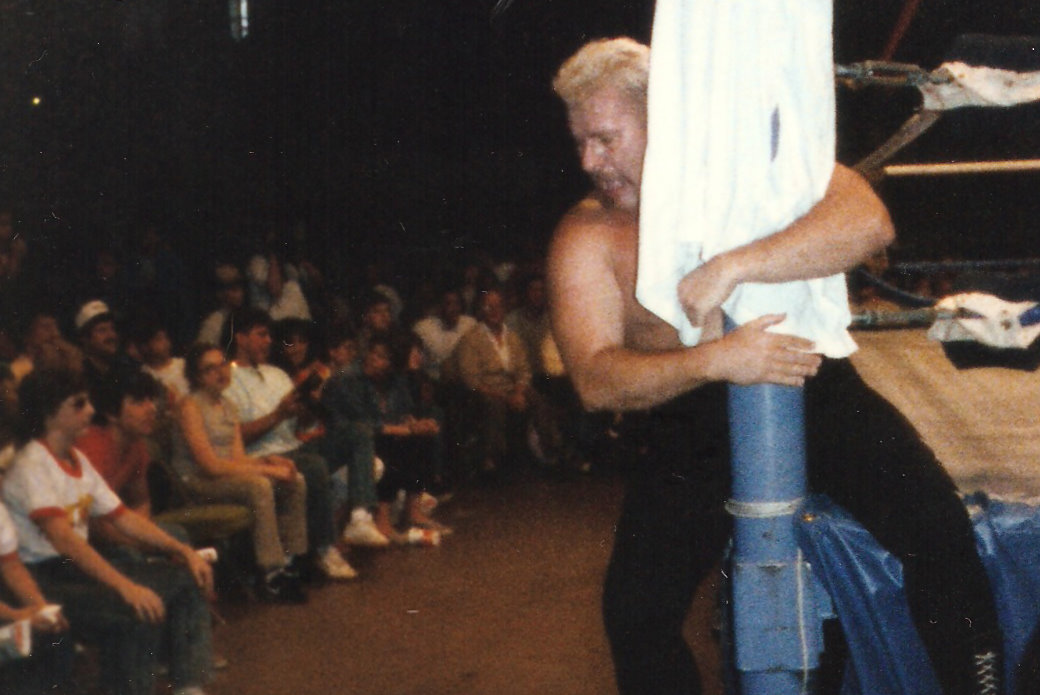 Test your knowledge of the Lake Superior Zoo, its history and its inhabitants in this month's quiz.  The next PDD...