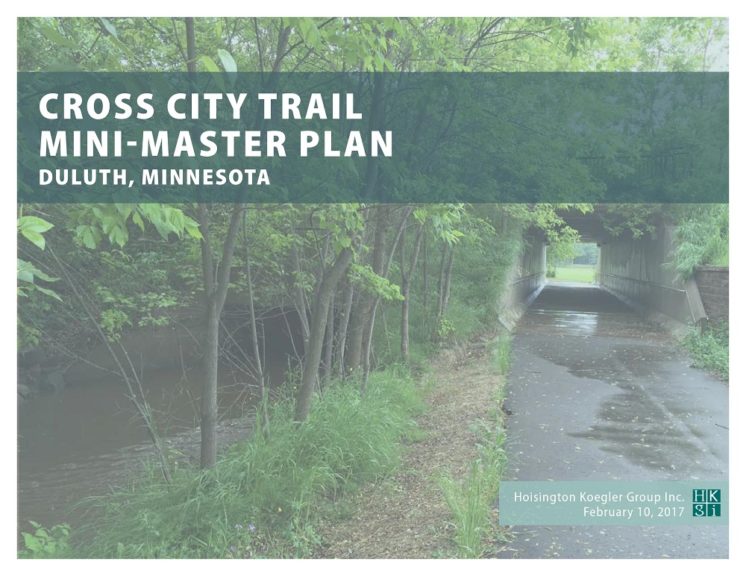 The final draft of the Cross City Trail Mini-Master Plan was released today by Duluth’s Parks and Recreation Division. It outlines the vision for a 10.3-mile multi-purpose paved trail system that connects the Duluth Lakewalk with the Willard Munger State Trail. Much of the trail has already been constructed over the past five years.

The plan is the culmination of more than 12 years of planning and development work. The public entered the process in 2010, when maps of potential routes were released for feedback. Several controversial alternate routes through West Duluth were discussed in the ensuing years when certain right-of-ways became unavailable, but a new route similar to what was initially presented has emerged.

Pending approval of the plan by the Duluth City Council, construction will start on a major new segment called the “River Route,” which will run from the current western end of the Cross City Trail at Carlton Street, under the ore docks, across Interstate 35 and through the riverfront area. The new segment will end at Irving Park. Two proposed connecting trails would create a loop between Irving and the Munger Trail terminus that would include a section completed last summer on the DWP Trail. 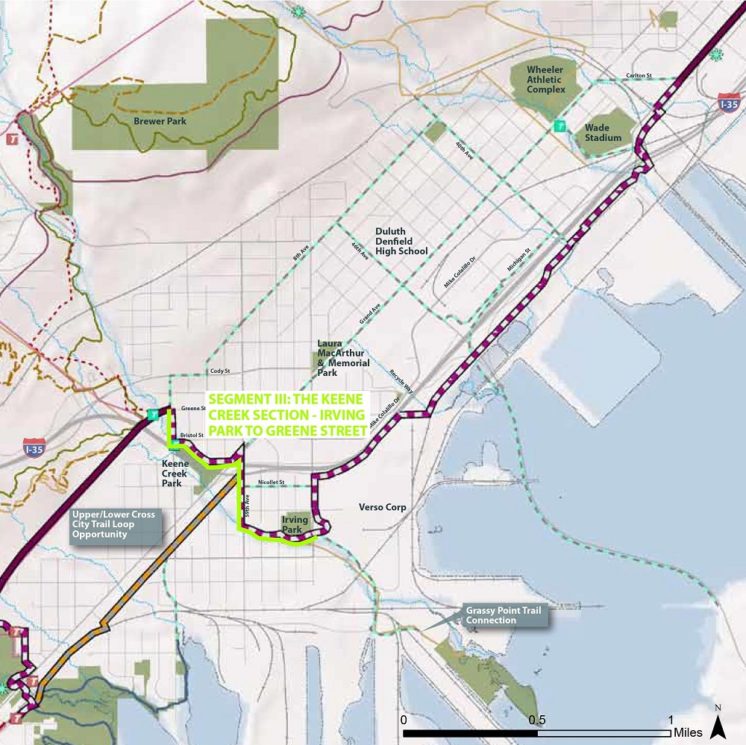 The draft plan will be open for public comment until Feb. 24. Comments will help inform Duluth Parks staff and the Parks and Recreation Commission on revisions to the plan. A revised version will be presented to the commission on March 8.

https://vimeo.com/203592156 For your Valentine's Day pleasure, here are 19 seconds of images shot by Dennis O'Hara over the weekend, showing...