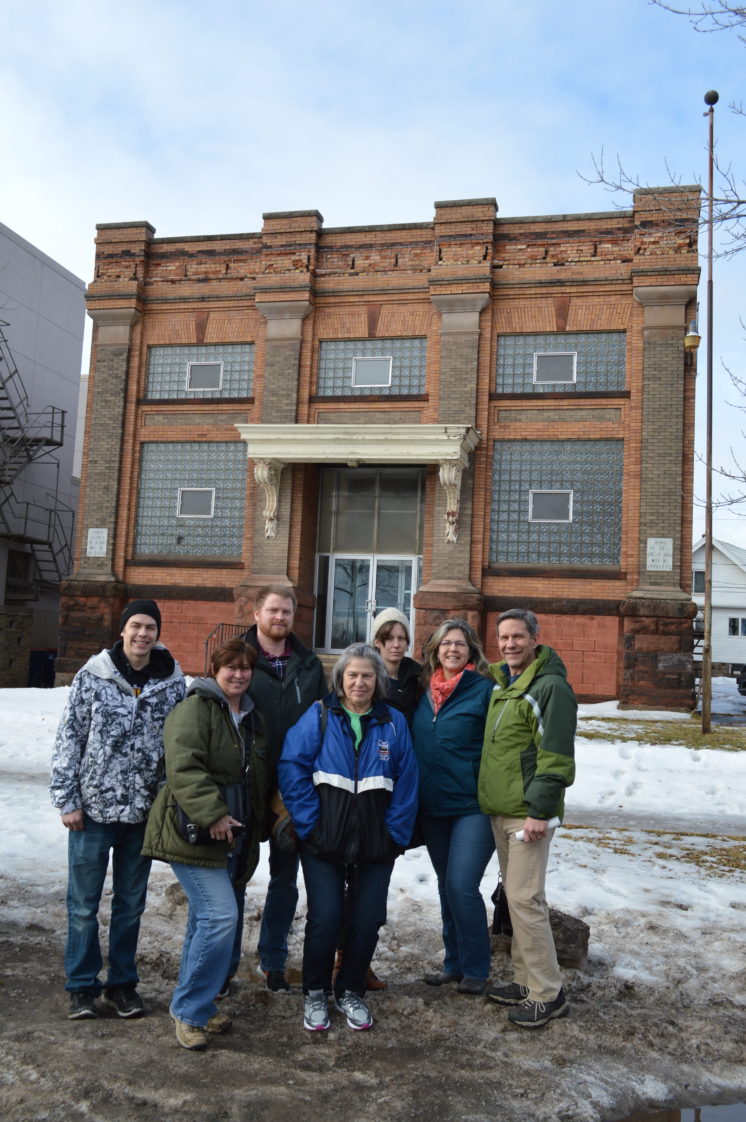 A growing sailboat accessory manufacturer will move its operations into a historic and long-abandoned West Duluth property this spring.

ShipShape Canvas has purchased the former Euclid Lodge 198 at 611 N. Central Ave. Founded in 2006, the company is currently located at 732 E. Fourth St., where it makes custom canvas covers for sailboats in winter storage.

Jim Welinski, who owns the business with his wife Barbara, said the move will more than double manufacturing space. ShipShape employs 4-6 people and builds around 100 covers a year for sailboats all over the county. It also does repair work on canvas products like ice fishing houses, tents and gazebo covers.

Welinski said ShipShape cleared building and zoning details with city officials and closed on the 8,000-square-foot property at the end of December. “Everything worked out and that’s great,” he said. “We’re chomping at the bit to get in there.”

Barb Welinski said the West Duluth neighborhood offers employees conveniences like nearby stores, restaurants and park space. She said the company hopes to take advantage of a city loan incentive for new West Duluth businesses and will apply for a historic designation to help restore and improve the building.

“It’s a great building,” she said. “We have a really unique business where we’re not a very large company but we do very large stuff. We were looking for a building like this for a long time.”

Euclid Lodge 198 was built and dedicated by the centuries old, international fraternity of Masons in 1909. It served as a meeting place and social hall for some of the most prominent and influential West Duluth businessmen of the time. Declining membership forced lodge members to sell the building in 2006 and consolidate with the downtown Duluth Masonic Temple.

Developer Ray Envall purchased the property with plans to renovate it into office and condominium space. Envall died in October 2013 without starting the project and the aging structure had languished on the real estate market ever since.

Duluth attorney Ron Envall, who inherited the property when his father died, said he was pleased with the transaction.

“It’s really nice because I like that neighborhood and I think it has a lot of potential,” he said. “I’m excited to see someone do something with that building and I think they have a really good plan for it.”

ShipShape will remodel the building interior for manufacturing and would like to restore the exterior to its original early 19th Century facade. “Jim will finally have space for a real office,” said Barb Welinski.

Anything of value was removed from the building years ago after the Masons moved downtown. Other building features have fallen into disrepair. Jim Welinski said he would like to replace the front block glass windows with large open windows to let in more light.

“We’d like to restore the building to it original design,” he said. “We think it will be a really nice fit for the neighborhood.”

The two photos above, posted to Facebook by Tim Beaulier, show yesterday's demolition of St. Margaret Mary Church in Duluth's...