The overhaul of a neglected West Duluth park honoring local war veterans has been delayed and downsized as city officials develop new plans without a multi-million dollar community center anchoring the project.

Duluth city officials said a two-year-old plan calling for more than $7 million in Memorial Park improvements failed to receive federal funding and a needed community center business partnership. The setback means planning will be reopened to public discussion early in 2017.

Officials have set a $500,000 budget for park remodeling.

The ambitious and, some say, long overdue project comes 100 years after the first steps were taken to create the park. It was May 1917 when the Duluth City Council purchased the property on Grand Avenue at Elinor Street.

“We’re back to square one,” said Duluth City Councilor At-Large Noah Hobbs. “Which means there’s new opportunity in starting over.”

Hobbs called the site an important gateway to the West Duluth business district and a recreational focal point for surrounding neighborhoods. Located at the intersection of Grand and Central avenues, Memorial Park has been underutilized and in disrepair for many years. It features neglected soldier monuments, outdated picnic and play equipment, and deteriorated fencing, walkways and lighting. The city demolished and removed an aging field house more than two years ago.

In 2015 the park was targeted for between $7 and $10 million in improvements. The project included a two-story community center and gymnasium, a redesigned outdoor play area and consolidation of the numerous soldier monuments on the site. But the plan hinged on a Federal Housing and Urban Development Resiliency grant and a community center operation partnership with the YMCA or a similar organization.

Project coordinator Lisa Luokkala said neither requirement was met. The failure to find a community center partner has forced the city to go in another direction with park plans.

“Unless a community partner stepped up that could fully fund the construction and continued maintenance costs associated with a community center, and offer programming that aligns with the mission and vision of Duluth Parks and Recreation, the (parks department) will be eliminating this element from the planning process,” she said in an email.  “At this time there are no potential partners who have expressed interest in this role.”

Luokkala said new plans will put money into improving the park grounds. Under consideration are new fencing, lighting, landscaping, sidewalks and walkways, signage and other amenities like benches, picnic tables and playground equipment.

Money for the project will come from the city “half and half” tourism tax. In 2014 the Duluth City Council approved a state-authorized 0.5 percent tax on hospitality services like lodging and food and beverage sales. The tax money was designated to support tourist-related entities like the Lake Superior Zoo, Spirit Mountain and other projects in western Duluth along the St. Louis River corridor. 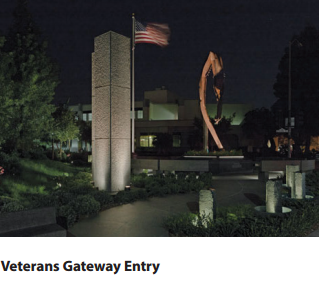 An artist rendering of a possible Veterans Plaza at Memorial Park in West Duluth.

“It’s really a good, central location for Irving Park and the Denfeld area,” he said.

Hobbs also supports maintaining a veterans memorial on the site.

“Memorial Park was built for our veterans, although walking through there now you wouldn’t necessarily realize that,” he said. “I think we need to bring that idea back.”

American Legion Post 71 Commander Andy Anderson said he believes the park is ready for improvements. He said the area has changed dramatically over the years and park space needs to change with it.

Laura MacArthur Elementary School moved to a site abutting the park in 2011 giving students easier access. Skating rink and softball field maintenance stopped after the field house was removed. Trees have been lost and a Starfire Jet owned by the Legion was removed from the park in 1996 for display in North Dakota.

“I think West Duluth needs more space for children and families,” Anderson said. “That park could be used for more than what it is used for now.” 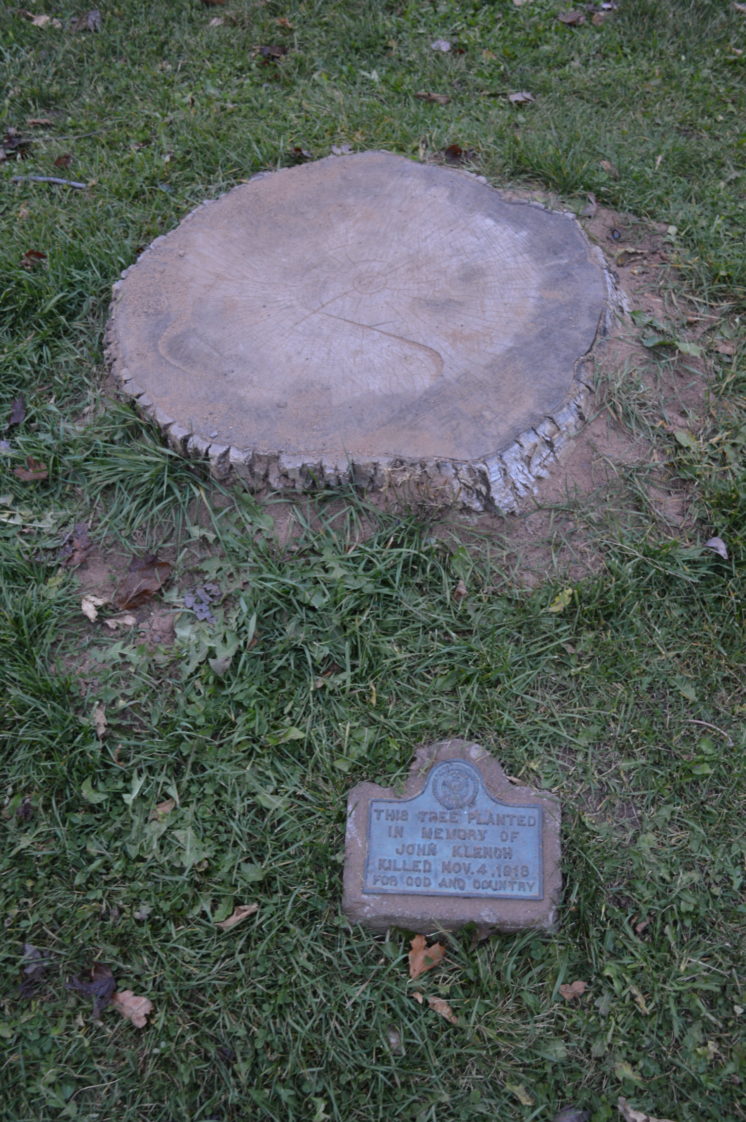 Twenty-two trees were planted along with monuments to fallen World War I soldiers in Memorial Park. Most of the trees are gone and seven identifiable plaques remain.

According to a forthcoming Zenith City Press book, Duluth’s Historic Parks: Their First 160 Years, Memorial Park was established in 1917. The Duluth City Council used $6,000 in proceeds from the sale of its 52nd Avenue West park to buy property on Grand Avenue. Archival newspaper reports show more property at Grand and Central avenues was obtained through condemnation in 1919. Construction started in 1921 and the park was dedicated May 30, 1928. The almost three acre park was “conceived as a memorial to Duluthians who died in World War I,” write Duluth’s Historic Park authors Tony Dierckins and Nancy Nelson.  “It almost immediately also became a neighborhood playground.”

In 1928 a group of 22 trees were planted with small monuments honoring West Duluthians who died in World War I. One marker was for the unknown war dead. A recent survey of the trees and monuments showed most of the trees had been cut down and seven monuments remain intact.

Luokkala said an improved memorial could be part of any new park plan.

“Discussion of the future of the soldier memorial plaques was part of the 2015 conversation,” she said.  “Although no final determination was made, ideas from various stakeholders were floated to memorialize the veterans through a new larger-scale memorial that would encapsulate all the information from the existing plaques.”

“We keep losing real estate,” he said. “It seems like we keep getting downsized.

The Duluth Public Library contributed historic research to this article.

As noted in the Perfect Duluth Day story "Planners take another look at West Duluth’s Memorial Park," a majority of the...