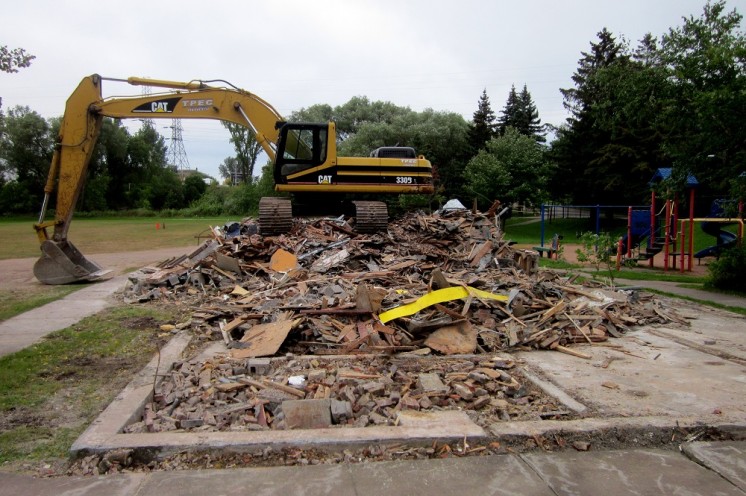 Demolition of the Irving Recreation Center has been taking place this week. Above is a photo of the rubble. Below is a shot from February 2013. 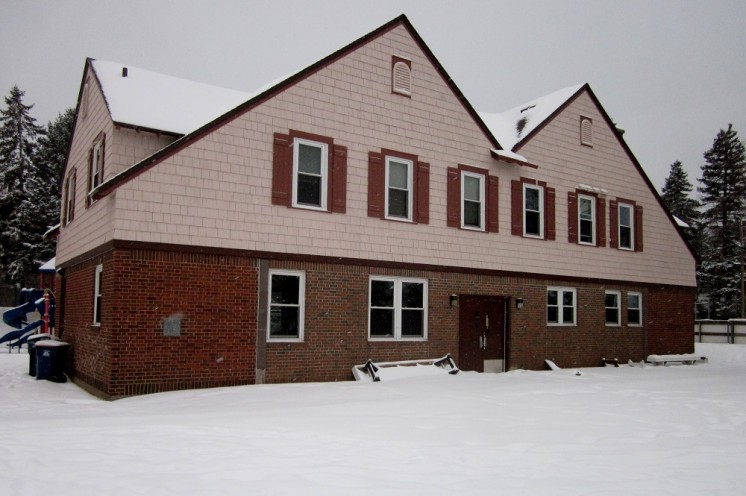 The Duluth News Tribune reported on Tuesday that the structure was built by the Works Progress Administration 75 years ago and damaged during the Historic Summer Solstice Flood Disaster of 2012.

According to longtime neighborhood resident Jeanne Koneczny and News Tribune files, the old recreation center, along 57th Avenue West, was built thanks to the persistence of mothers from the Raleigh Street neighborhood who wanted a safe place for their children to play. Over the years, it hosted a children’s theater program, summer programs and neighborhood gatherings, such as the 1975 Raleigh Street Reunion. And it was home to a wide range of sports programs: hockey, baseball, football, figure skating, soccer, horseshoes and broomball, among others.

For those of you keeping track of historic West Duluth structures that have toppled recently, well, there are …

Does anyone have a firewood deliverer recommendation? Oak, birch or maple. We've had spotty luck the past few years.