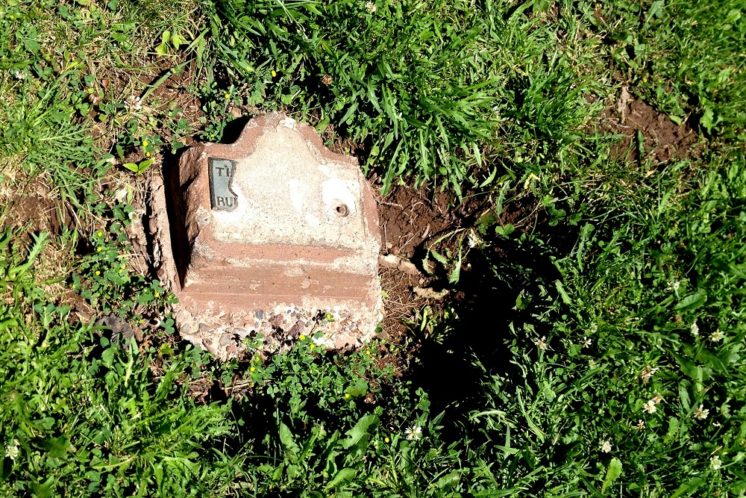 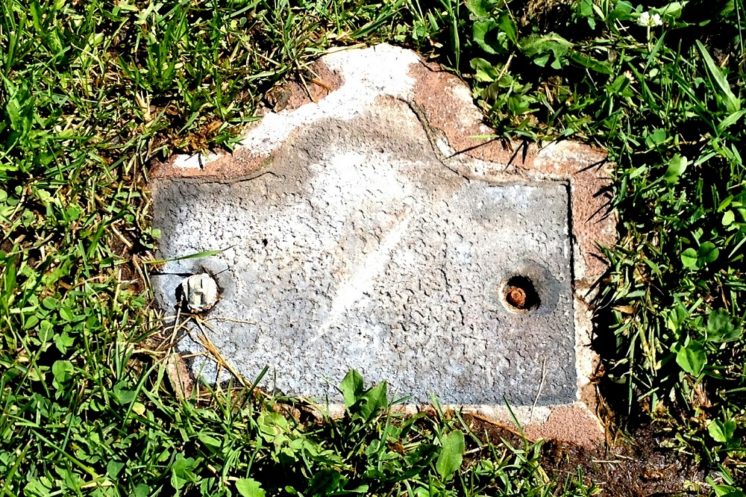 As noted in the Perfect Duluth Day story “Planners take another look at West Duluth’s Memorial Park,” a majority of the bronze plates memorializing West Duluth servicemen who died in World War I are either missing or damaged. Above are images of some of the more deteriorated and/or vandalized markers. Of the original 22, just seven remain in place and in good condition.

The markers were planted under trees in 1928 and read: “This tree planted in memory of (name) killed (date) for God and country.”

Dwight Nelson, a retired Duluth city parks maintenance official, Vietnam veteran, commander of the American Legion David Wisted Zenith City Post 28 and member of the St. Louis County Historical Society’s board of governors, said he submitted a report about the markers in the late 1990s to Duluth’s building and grounds supervisor, but nothing came of it.

“The city made no effort whatsoever to protect or save those markers,” he said.

Lisa Luokkala, project coordinator for Duluth Parks and Recreation, has been with Duluth’s Parks and Recreation Division for about two years. She said that although the West Duluth American Legion Post 71 collaborated with the city to develop Memorial Park nearly a century ago, it’s her understanding the city is indeed responsible for maintaining everything in the park. When the Memorial Park mini-master planning process restarts in 2017 it will include brainstorming the best way to honor veterans going forward.

“The style that exists right now, with the cement block in front of a tree is not ideal from a maintenance standpoint,” she said. “The longevity of it, as well as sort of design and safety for park users … we have a lot of different design standards for tripping, things like that that can happen.”

Does that mean the scattered veterans markers might be replaced with a single monument?

“I don’t want to say that, because it’s not community vetted, but that was the ideas that were coming out in 2015 from the community groups,” Luokkala said. “We wanted to make sure more were not vandalized and that we were cataloging the ones that have been lost over the years through a single memorial or monument of some sort.”

Below is a rundown of the present state of monuments in the park. 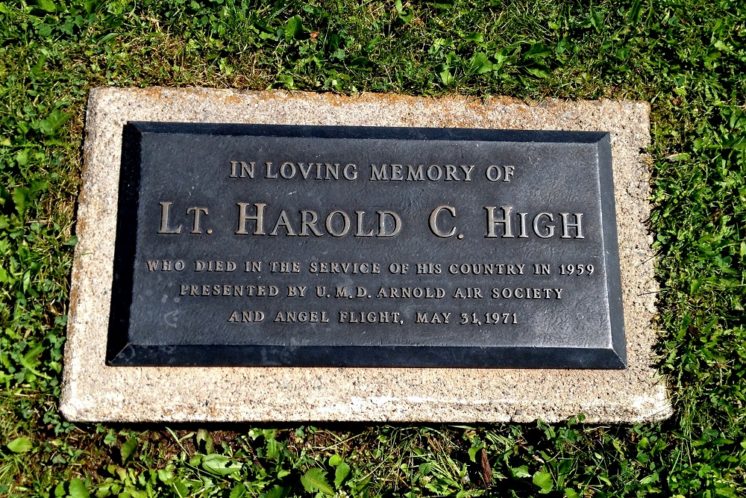 The plaque at the base of the flagpole is still in excellent condition. It reads: “In loving memory of Lt. Harold C. High, who died in the service of his country in 1959. Presented by U.M.D. Arnold Air Society and Angel Flight, May 31, 1971.”

The seven original tree markers in the park that are identifiable are shown below. 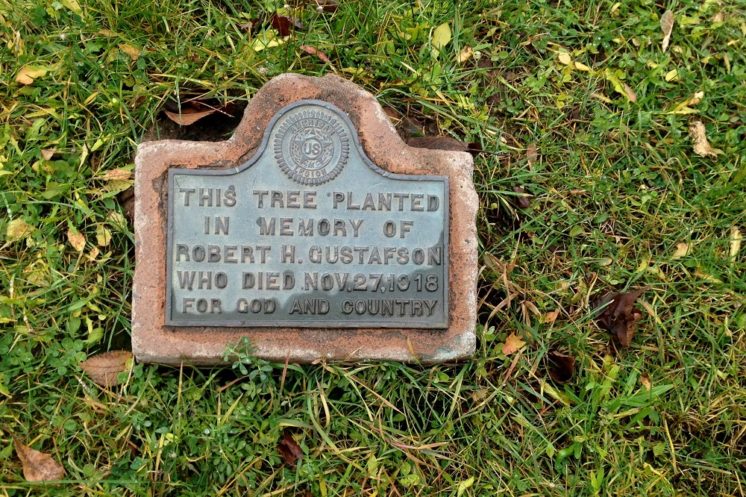 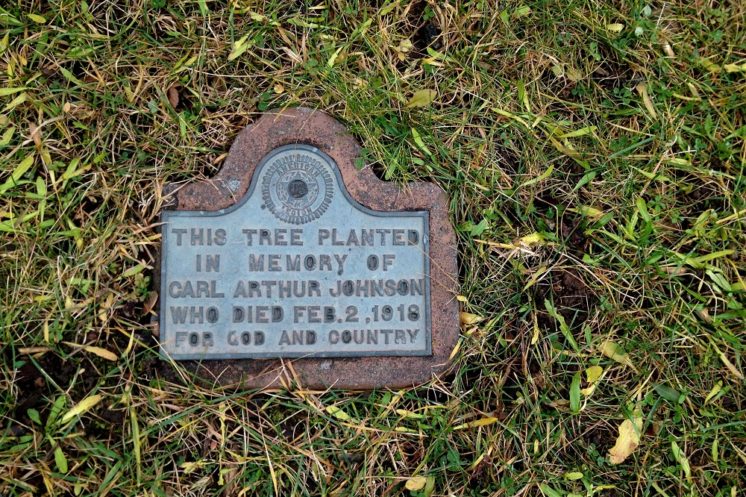 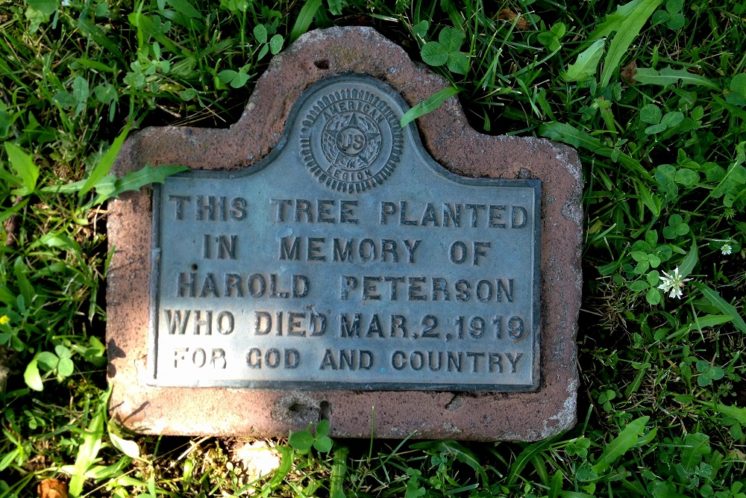 Four markers purportedly in place when Nelson put together his report in the late 1990s, but not visible this past summer, bore the names and dates listed below.

Duluth’s Parks and Recreation Division has held two bronze plates in storage for roughly 20 years bearing these names and dates: Eight names originally on bronze plates in the park that have been missing for many years have been culled together below from old newspaper clippings.

A marker for “The Unknown Dead – World War Veteran” is also not accounted for.

The 1928 newspaper article below confirms the number of memorials installed. The cannon referenced in the story was removed from the park long ago.

Another 1928 clipping indicates the bronze tablets were made by Duluth Brass, which was then located at 5002 Ramsey St. The company is still in business, operating in Gary-New Duluth at 2301 Commonwealth Ave. 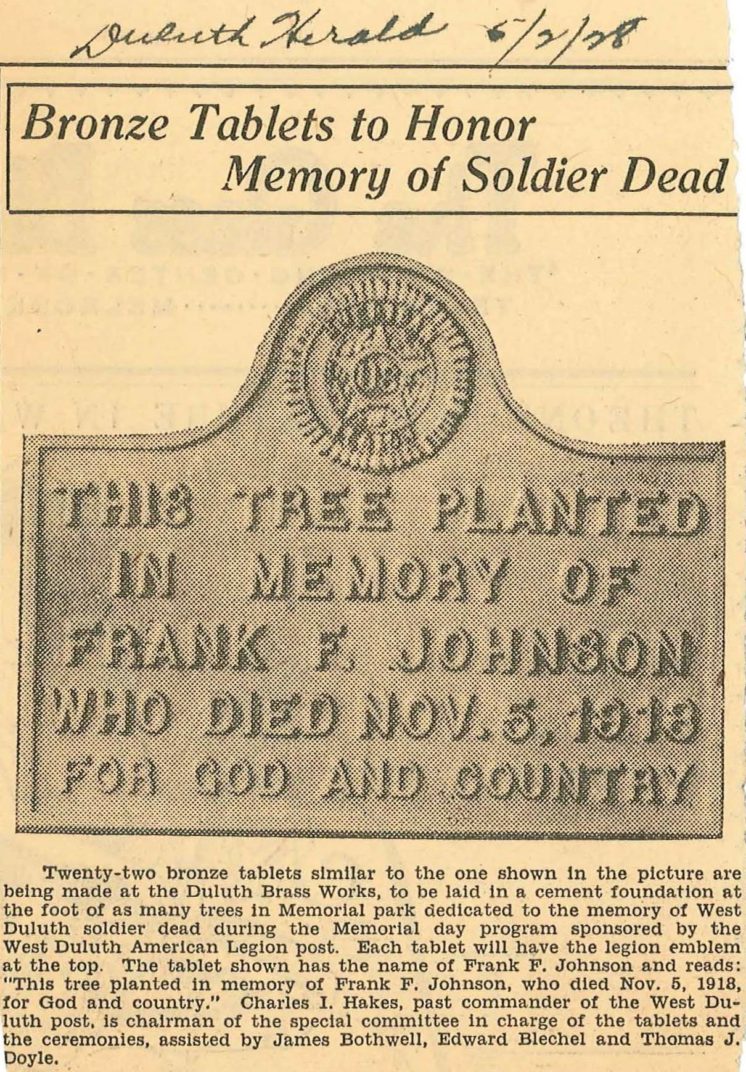 The Duluth News Tribune clippings below reference the 21 West Duluthians “who fell in foreign battle zones.” 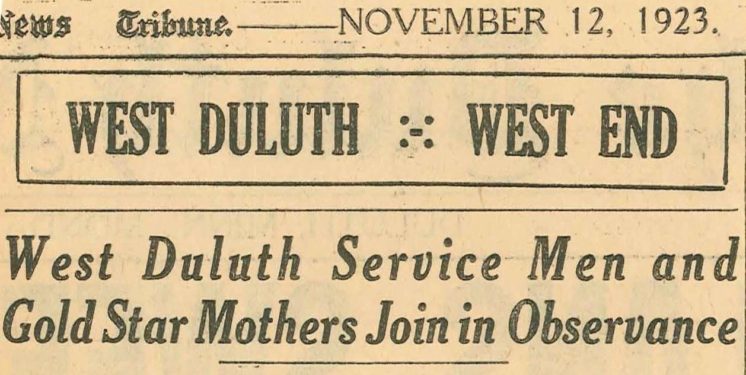 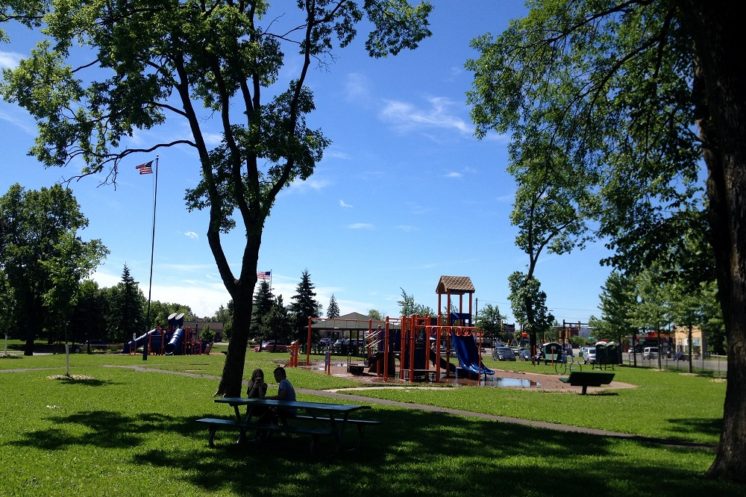 Demolition of the former West Duluth Baptist Church at 5907 Grand Ave. is underway. In August the Duluth City Council...