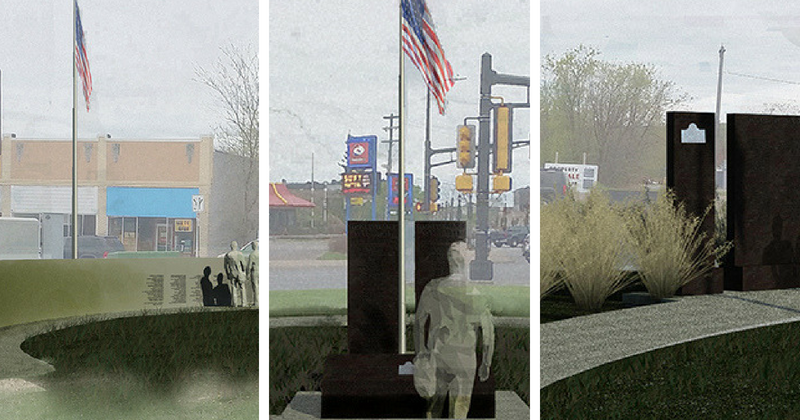 Duluth’s Parks and Recreation division has been working with community members to gather ideas for a new World War I memorial to be built in Memorial Park in West Duluth. After surveying the public and hosting public discussions, the city’s consultant has drafted three conceptual designs based on submitted feedback and is once again seeking public input on three concepts.

The three designs can be viewed online and voted on at surveymonkey.com. The same design images also appear below. Paper copies of the concepts and survey questions are available at the Downtown and West Duluth libraries, Morgan Park Community Center, Evergreen Center and Portman Community Center in addition to several veterans organizations. The survey will close on June 4 at 11:59 p.m.

The city anticipates the new memorial to be completed before Veterans Day. [Editor's note: This week we've pulled out another relic from the archive of Slim Goodbuzz, who served as Duluth's connoisseur...