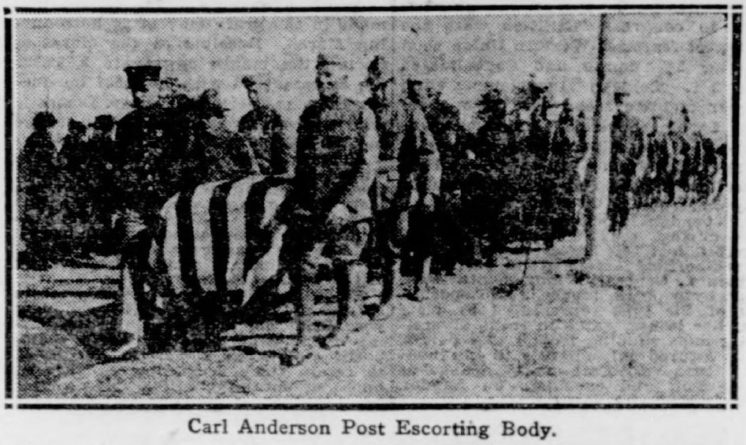 One hundred years ago today the Duluth Herald reported on military honors given to John Defoe, who the paper credits as “the first American Indian who fell in the World war to be returned to his native land for burial.”

The phasing is a bit confusing, making it unclear whether Defoe was considered the first American Indian to die in the war, or the first to have his body returned for burial. In either case, the distinction seems lost to history … at least to the extent that searching the internet for “first American Indian to fall in World War I” or “World War I, John Defoe,” doesn’t seem to offer any easy verification.

The Honor States website, which features more than a half million tribute pages honoring fallen American service members, notes Defoe was a private in the U.S. Army, hailed from Carlton County, “died of wounds” from “a traumatic event” and was awarded a World War I Victory Medal and Purple Heart.

The newspaper item, which appeared in the April 12, 1921 edition, reporting on the event from April 10, reads as follows:

Last rite paid John Defoe, Indian war hero
Cloquet, Minn., April 12. — (Special to The Herald.) — The body of the first American Indian who fell in the World war to be returned to his native land for burial was given military honors on the Fond du Lac reservation near here Sunday, when Carl Anderson post American Legion of Cloquet, paid the last tribute, escorting the body of John Defoe from a local undertaker’s to the reservation church, thence to the cemetery, where military rites, including firing a salute and sounding “taps,” were paid. The mother of John Defoe is one of the oldest women on the reservation. 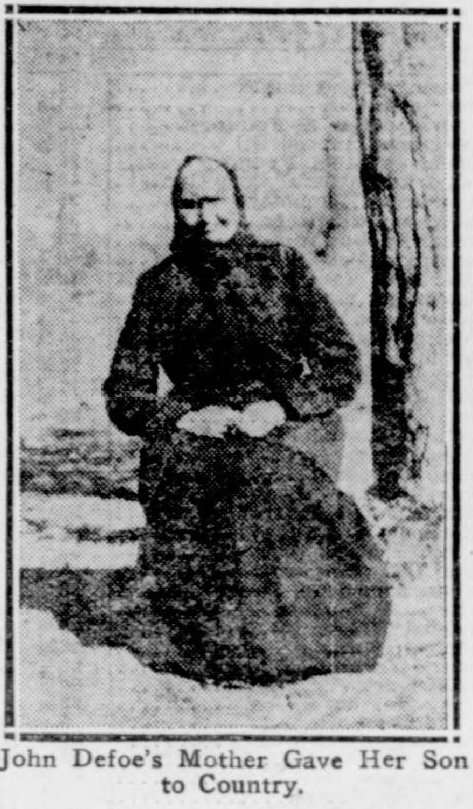