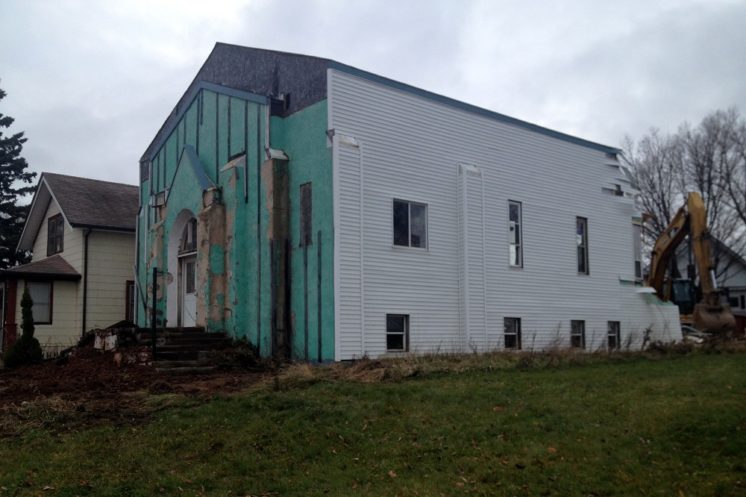 Demolition of the former West Duluth Baptist Church at 5907 Grand Ave. is underway. In August the Duluth City Council unanimously approved the plan to tear down the structure, built in 1938.

The Duluth Economic Development Authority acquired the tax-forfeited property earlier this year and is pitching the site to potential developers.

The structure was home to West Duluth Baptist Church when it was constructed and served that purpose into the 1960s. It was vacant throughout the early 1970s, then served as Christ Temple Church for about 20 years. By 1997 it became Living Faith Christian Center, and more recently housed St. Mary’s the Theotokos Orthodox Catholic Church. Trampled by Turtles frontman Dave Simonett will release a new album with his side project, Dead Man Winter, on Jan....