Duluth helps Uncle Sam kick the Kaiser off the map 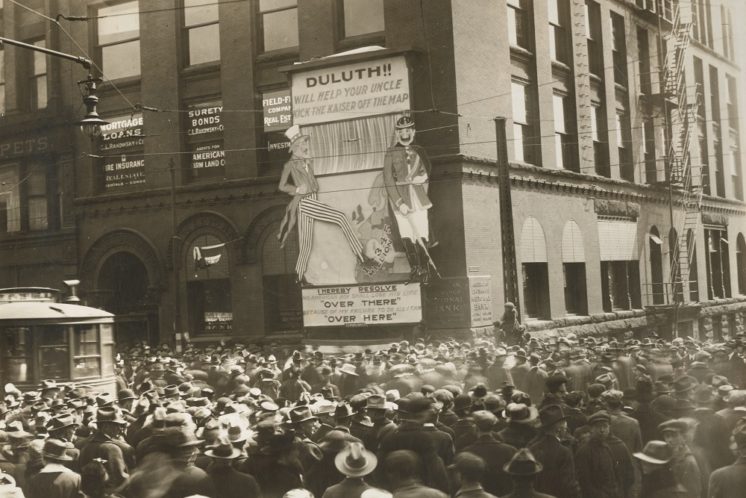 This photo was shot about a century ago, outside the American Exchange National Bank at 230 W. Superior St. in Duluth — where Wells Fargo Bank has its main Duluth branch today.

There is no date on the image, but the National Archives Catalog estimates it was taken between 1917 and 1918. It was filed in the archive on April 21, 1919, with the caption: “War activities in Duluth, Minnesota. Third Liberty Loan indicator.”

The American Exchange National Bank building was designed by Oliver Traphagen in the Romanesque design. It was demolished in 1955 and replaced with a new First American National Bank, which later became Norwest Bank and eventually Wells Fargo. Update: Medical examiners have identified human remains found Sept. 28, 2017, along the Duluth Lakewalk as that of William Saker,...