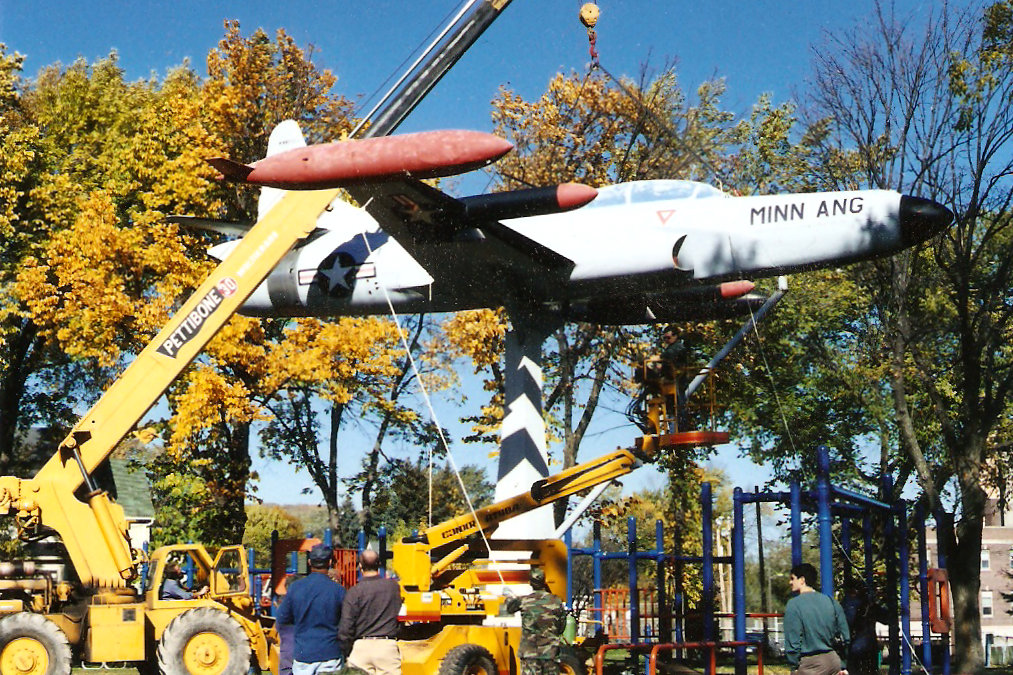 The relic in the photo above is a Lockheed F-94C Starfire. It was on display at Memorial Park in West Duluth from May 1960 until October 1996 (photo of its removal above). It is not the same airplane that is currently displayed in the parking lot of American Legion Post 71.

The Starfire was transferred by North Dakota air guardsmen from Memorial Park to Fargo, N.D., to join a permanent display of all aircraft flown by the Fargo guardsmen.

The radar-equipped, all-weather, fighter-interceptor aircraft was built by Lockheed in 1951 and served in the eastern United States and Montana before being flown by the 179th Fighter Interceptor Squadron. It never fired a rocket in anger and never served overseas.

The Starfire was indeed the property of the West Duluth American Legion, but when it left Memorial Park the Fargo Air National Guard assisted in finding a replacement aircraft. The plane now on display at the American Legion is a Lockheed T-33A Shooting Star, built in 1956.

Here is another shot of the Starfire, taken by Roger Nesje in August 1985: Here's a sampling of what you have to look forward to this week on the PDD Calendar. Learn about identifying...