Also known as the Church of Blessed Margaret Mary, it was built in the Spanish style in 1917 near the terminus of 88th Avenue West at 8830 Idaho St.

The church closed in October 2015 due to a shortage of priests in the Roman Catholic Diocese of Duluth, combined with a diminishing congregation and resources.

Morgan Park’s other church, United Protestant, remains standing. The two churches are shown below in a graphic from the Morgan Park Neighborhood Revitalization Plan of 2009. 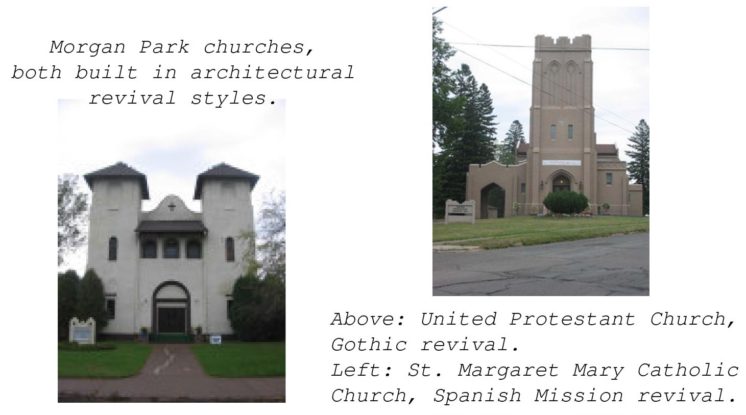 Below: Historic photos of the church’s construction, finished exterior, interior and rectory. 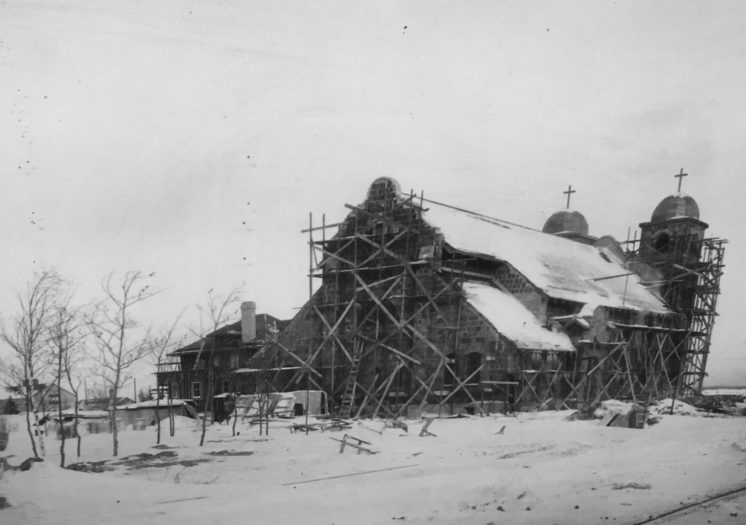 Lake Superior Aquaman in the News