Book store will replace Wild West Liquor; other slow-moving changes in the works on Central Avenue in West Duluth 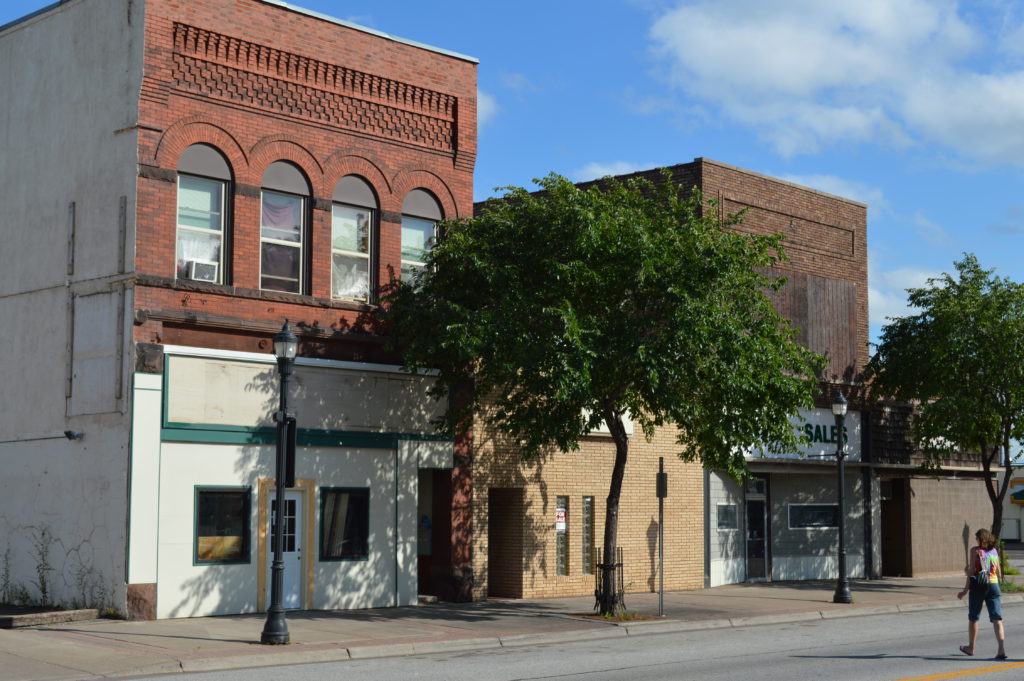 The former Wild West Liquor building, at left, is being remodeled and new owners plan to open a used book store there next summer.

A Carleton College professor and his wife have purchased a former West Duluth liquor store and plan to open a used book shop in a business district targeted by city officials for redevelopment.

Bob and Angel Dobrow of Northfield bought the Wild West Liquor building, 318 N. Central Ave., in July for $214,000 and plan to open Zenith Bookstore in the space next summer. The couple, along with friends and family, have gutted the 1890s building and exposed its original floors, tin ceilings and brick walls. They will eventually fill the store with thousands of books from their collection, recent purchases and new finds. Bob Dobrow, a mathematics professor at Carleton College, said the project is part of a retirement plan and a life-long dream of owning a used book store. He said he and his wife consider Duluth a progressive city with strong outdoor and rural connections. The couple discovered West Duluth on a visit to Beaner’s Central Coffee House.

“Walking around the neighborhood we thought that this would be a great place for a book store,” he said. “Surprisingly, even though Duluth has a strong literary community there are relatively few book stores, especially on the west side.”

The two-story building the Dobrows purchased is just south of Beaner’s and includes the parking lot in between. Beaner’s customers are now permitted to park in the lot for the first time in the coffee shop’s 17-year history.

“Our vision is a high quality, ‘gently used’ bookstore,” Dobrow said. “There will be a lot of breadth and a place where you can get interesting books at a good price.”

Dobrow said Zenith Bookstore will start with an inventory of approximately 20,000 books. It will feature comfortable chairs, funky artwork and community events like author readings, live music, a children’s hour and game nights. Coffee and food will be available next door at Beaner’s.

“We want our store to be an integral part of the neighborhood and community,” said Dobrow. 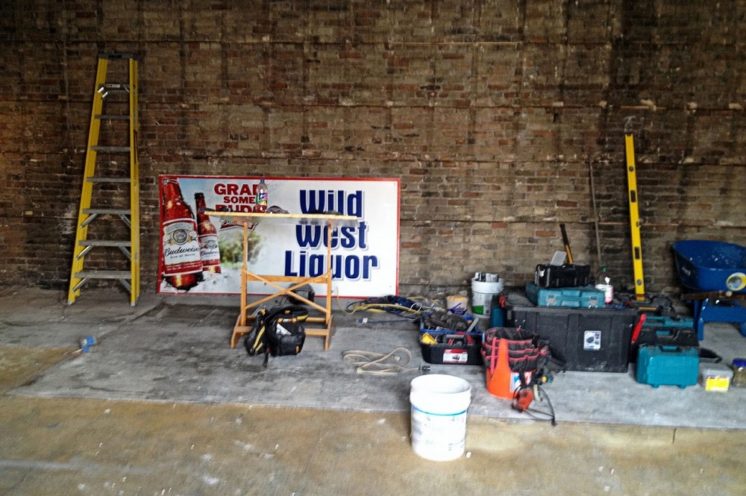 A sign from the former Wild West Liquor rests on the floor while the building was gutted in July.

Longtime West Duluth business leaders are encouraged by the bookstore project and hope a new city-backed business financing program for the area will build on the momentum and lead to improvements and new businesses in other unoccupied buildings on the corridor.

Former Duluth Mayor Gary Doty put the building south of the future book shop up for sale about two months ago. The 75-by-25-foot structure at 316 N. Central Ave. served as George Lukovsky’s Gopher Chiropractic office from about 1969 to 2004 and was recently a community learning and activity center. A sign in the front window lists the asking price at $165,000.

Doty said he has had a few inquiries about the property.

“People are realizing that the old West Duluth area is becoming a good place to do business,” he said. “There’s more of a positive attitude out there than I’ve seen in a long time.”

Across the street, Bill Kalligher closed the Jade Fountain restaurant one year ago and plans to expand his Gannucci’s Italian Market into the space. A few doors down, the Imagine That flower shop at 315 N. Central Ave. is closed and the building is for sale.

Two years ago Dave Orman closed his promotional products business, Raven & Associates, which occupied the former West Theater at 319 N. Central Ave. A potential sale of that building has been in the works for several months.

This week the Duluth News Tribune reported the West Duluth Kmart in the Spirit Valley Shopping Center is listed on Sears Holdings Management Corporation’s website as part of a real estate portfolio with “numerous opportunities to purchase, lease or sublease.” A spokesman for the company stressed in an email to the DNT the move “is not an indication that there are plans to close the store itself.”

Real estate agent Jim Aird said the old Euclid Lodge farther north on Central Avenue has been shown to numerous interested parties in the past few months. No one has found the right fit for the building, he said, which is structurally sound but has poor handicapped accessibility.

Aird, a former president of the West Duluth Business Club, owns the building at the intersection of Central and Grand avenues that houses 101 Deals and Larry’s TV. He said various building and zoning codes make new projects difficult, but the area is in need of redevelopment.

For example, he said a Kwik Trip convenience store would fit nicely on the northwest corner of Grand and Central and offer competition to the Holiday Station across the street. He thinks the other property owners on the block would sell together for a gas station project, but setback and building codes make it difficult to plan new construction.

“Antique stores — that seems to be the signal that a neighborhood is in decline,” he said. “There used to be dental offices, doctor’s offices, that kind of thing.”

Duluth Business Development Director Heather Rand said businesses can qualify for up to $50,000 in financing based on the number of newly created jobs. The  program is designed to help redevelop blighted buildings and vacant property in West Duluth and Lincoln Park in an effort to create productive businesses, she said.

“We think that’s really important to incentivise this type of thing so our neighborhoods become more vital,” said Rand.

Both Aird and Doty said the program could help supply the incentive needed for business owners to buy and rehabilitate more buildings in the area.

“It could, it could. If something comes of it that would be great,” said Aird. “It could very well be the start of something new.”

https://www.youtube.com/watch?v=cRcdPujDNgc Two weeks ago a video post on PDD showed clips from UMD Welcome Week. Here's some equal time for...