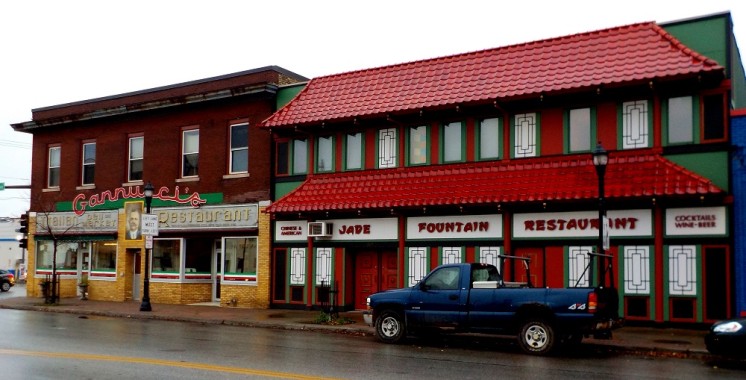 Within six months of acquiring the Jade Fountain, Bill Kalligher locked the big red doors to the iconic Chinese restaurant. He reached the decision in September, fed up with a dirty kitchen he says he’s still trying to clean, alleged poor product quality from food suppliers and a box filled with bounced checks from customers.

Kalligher bought Gannucci’s Italian Market in 2011 and the neighboring Jade Fountain this past March. His expressions ranged from exasperated laughter to visible disgust as he reflected on his experience running the Jade, saying he’ll “never eat anything in a Chinese restaurant again.”

Having concluded his experiment of simultaneously running two neighboring eateries, Kalligher said he’ll expand his Italian restaurant into the Jade space, incorporating a gelato bar. A patio and garden is already partially constructed behind the Jade as part of the Gannucci’s expansion.

“I tried, I really did,” Kalligher said of his brief stint operating Jade Fountain. “I would have been more than happy to keep it open, but the filth, the low quality … you wouldn’t believe it. I’m still cleaning.”

“They were worse,” he said.

Jade Fountain had been in business since 1968. Founder George Wong sold it in 1997 to Sick Cheung Lee. Lee died in November 2014; five months later his widow, “Tina” Kwok Chun Mak, sold to Kalligher.

Kalligher told Perfect Duluth Day in April he felt the Jade Fountain had gone “downhill” and he wanted to “clean up” and “bring it back to the level of an iconic restaurant.” In the months that followed, those plans changed.

Kalligher said the vibe between his two restaurants was completely different, and the Jade Fountain did not suit his style. He will now focus on expanding and improving Gannucci’s.

“It’s growing,” he said of his combined restaurant and Italian market. “One day it’s going to be something great.”

Kalligher shares ownership of the two buildings and restaurant business with his wife Amanda and his son Joshua. Artist Tom Napoli has been working on a series of murals on the interior and exterior of Gannucci’s over the past few months. Burgers with an Italian twist are now offered, though they are not yet listed on the menu and considered a work in progress.

As for the expansion space, Kalligher said he’ll continue working to clean the Jade’s kitchen and eventually use it for Gannucci’s. He’ll then remove Gannucci’s kitchen for additional dining and market space.

The bar area and booths at the Jade will be repurposed into a gelato and phosphate bar. A large window will be cut into the front of the building to allow daylight to enter. The Jade’s main dining area will house freezers and other equipment.

Kalligher said Gannucci’s patio behind the Jade building will be ready next summer, and he’ll be planting cedar trees, cherry trees, hostas and general greenery.

“You’re going to swear you’re in another land,” he said.

Update: Jonathan Beckman and two other young males who ran from the Northwood Children's Services West Campus last night were...