Changes in Bookstores in the Duluth Region and Nationally 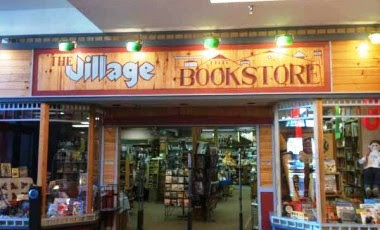 Local and national media are reflecting on the fate of the bookstore in Grand Rapids, Minn., about 70 miles from Duluth.

It’s small, smaller even than the Bookstore at Fitger’s, although it was crammed to the gills with books.

In an unusual store ownership change, rather than see one of its original tenants move out — and leave the mall without a bookstore — Central Square Mall in Grand Rapids, Minn., has purchased the Village Bookstore and will operate it, according to the Herald-Review.

Former owner Mike McGinnis, who bought the store in 1980 and moved into what was then a brand-new mall in 1984, had planned this year to move into a building he owned and downsize the store. “The heyday was the mid-’80s when the mall was new,” McGinnis told the paper.

After he gave notice, Central Square Mall made an offer, and the store is now officially called Village Bookstore & Gifts. The store has long sold books, maps and gifts.

I like that the mall thought the bookstore was so important to drive traffic, it bought the store, rather than see it leave. It reminds me how impoverished our literary culture would be, in Duluth, without the shop in Fitger’s. I used to think that university bookstores could always fill that need, but it is precarious, lately, too.

Just as precarious are the national chains. Hastings, one of the last national chains in bookstores, is closing after bankruptcy. Duluth has never had a Hastings, but we should not imagine that Barnes and Noble is too big to fail, either, and if Duluth loses it, it loses both the author and community programming (which faltered, admittedly, under recent management, hopefully to change under new management) as well as the engine that produces the pre-orders that keep many publishers afloat. Barnes & Noble’s 500 stores generate sales on books with limited interest that would probably end up “print on demand” because publishers could not afford to take the risk of printing 1,000 copies without a showroom.

The story of our neighbors in Grand Rapids is fascinating (visit the shop if you can; it’s in the same complex as the Macrostie Art Center), but it also makes me think hard about the precarious nature of literary culture in the Twin Ports if we don’t shop locally.

Here's a bit of what you'll find in this week's PDD Calendar: The Duluth Area Chamber of Commerce holds its...