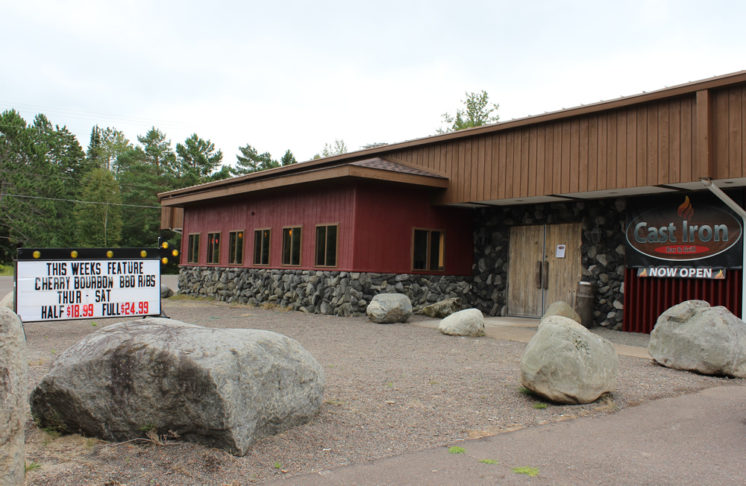 Duluthians don’t typically venture north of Hermantown to eat dinner, but now there’s a reason for the ride. The Cast Iron Bar and Grill opened three months ago in the old Le Grand Supper Club space in the Pike Lake area.

The restaurant is located at 5906 Old Miller Trunk Highway, just off Highway 53 about 10 miles north of Duluth in the Grand Lake Township. Eatery options in the vicinity are limited, so residents from neighboring towns and townships are reportedly pleased.

“It’s a gift for people in the area. People walk in daily and thank us for opening,” says general manager Jordan Tollerud. 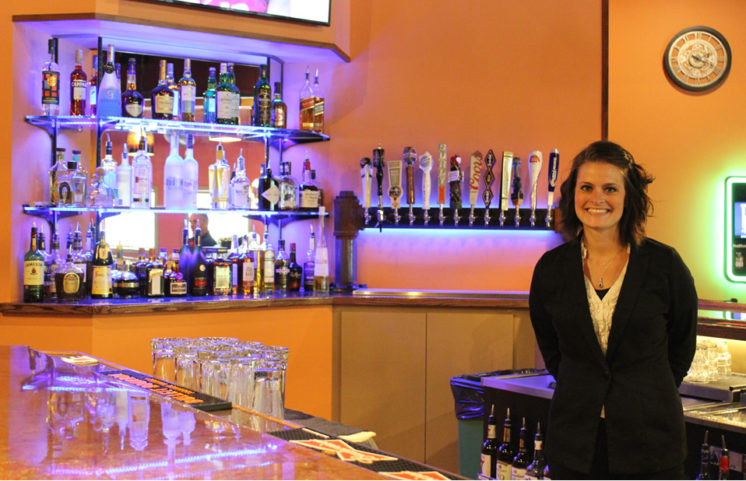 Owners Aaron Pellett and Todd Pulkrabek are entrepreneurs, but they don’t have previous restaurant experience. They were part-owners of the nationally recognized archery targets and accessories company Field Logic, which sold in 2015 to FeraDyne Outdoors. Both live in nearby Alborn and were looking for a new venture. The old Le Grand Supper Club building, closed since 2010, represented the opportunity.

Pellett and Pulkrabek bought the building and renovated it over the past year, opening in May. The restaurant has undergone extensive remodeling, particularly in the bar area, where the ceiling was raised and windows were installed to add natural light. 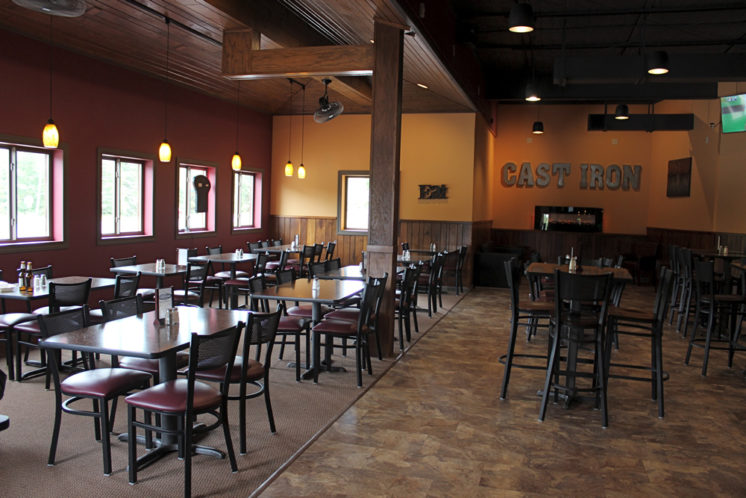 Chef Brian Moe, formerly of Timber Lodge Steakhouse, developed the menu with input from the owners who are “big flavor guys” and fans of spicy food, according to Tollerud. She says the “cast iron” name was chosen because it indicates strength and durability and alludes to the many menu items prepared in cast iron pans. Dressings, seasonings and rubs are all made in house. The menu features a number of zesty items influenced by the owners’ taste buds, like the Slow Burn Burger, which features hot sauce, habanero mayonnaise, pepper jack cheese and fried jalapeno chips.

Burgers and sandwiches start around $10. Entrees include a salad and choice of potato and are priced from $12.99 for honey-grilled peaches and chicken to $18.99 for a beef tenderloin filet.

The entrée menu is relatively modest in terms of choices but the plan is to supplement it with weekly rotating specials of items such as shrimp scampi or prime rib. Since the owners are fans of hunting and fishing, they also intend to include more unusual offerings like duck and non-native fish. 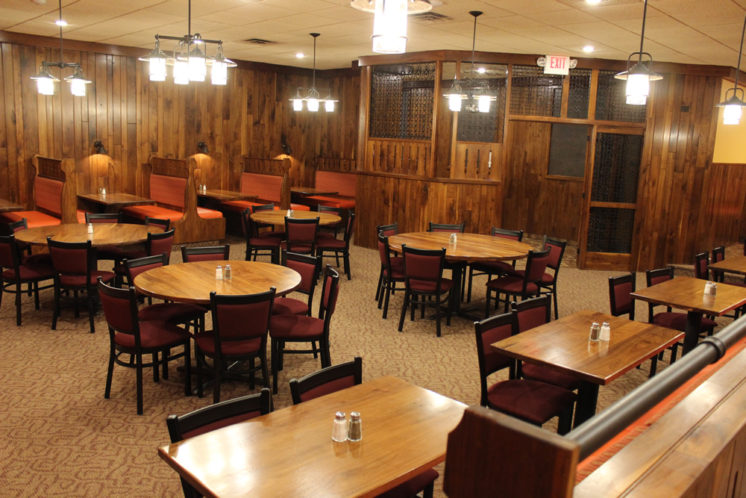 The dining room seats about 100 people and is open Thursday through Saturday starting at 4 p.m. The full menu is available in the bar area every day of the week (entrée are served after 4 p.m.) except Monday, when the restaurant is closed. During the rest of the time, the dining room is available for private events like birthday parties or business meetings. The basement is being renovated for a banquet facility with targeted to open in December.

The Cast Iron Grill features a full bar and has live music on the weekends. Visit the Facebook page for more information. 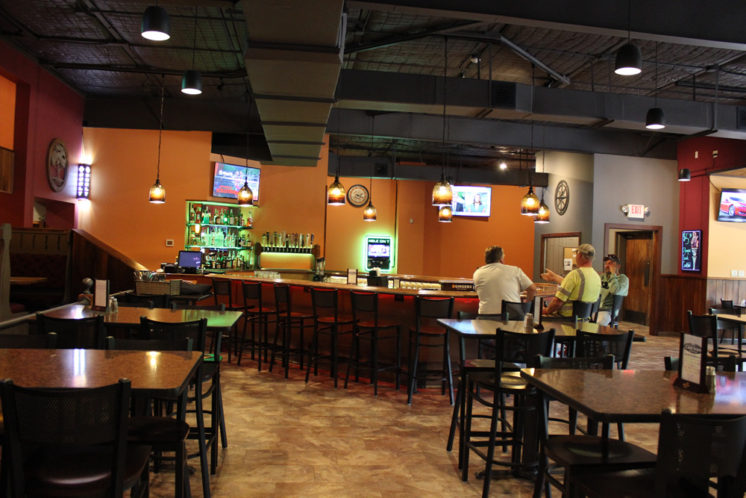 Here's a bit of what you'll find in this week's PDD Calendar: The Hoghead Festival begins in Proctor with a...