The question might not be why Duluth doesn’t have Uber service, but when it will.

“By the end of the year,” said Duluth City Councilor Noah Hobbs. “From my personal end I don’t see anything holding us back from having Uber operating in Duluth.”

Hobbs held the first formal meeting on Tuesday in regard to the ride-hailing web application operating in the city. He met with City Attorney Nate LaCoursiere as a starting point for crafting an ordinance to regulate Uber and other transportation network companies.

Unlike taxicabs, Uber utilizes an online platform to connect drivers in their personal vehicles with riders paying for fares through the touch of a button, no cash. This type of techy transportation is taking place in 476 cities worldwide and counting. Uber started out seven years ago in cities like San Francisco and Chicago, and has recently expanded into smaller communities like Moorhead and Iowa City.

“Duluth is a market that Uber would like to be in,” said Uber spokesperson Leor Reef. There’s “not a specific recipe,” Reef said, for selecting what cities Uber operates in, “but population and regulation are two factors.”

What’s holding Uber back, Reef said, is Duluth’s lack of regulation. “The technology and platform we use, they don’t account for that right now,” he said. 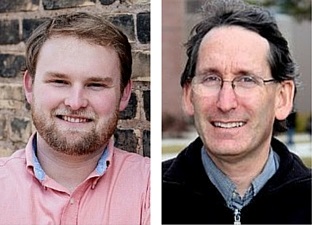 Rather than “tweaking the taxi ordinance,” Hobbs said the council would create new regulations to allow for transportation network companies like Uber and Lyft to open doors in Duluth. Hobbs sees TNCs and taxis as “apples and oranges,” but they should both be held to the “same level of safety regardless of what service you choose.”

“Some may view Uber as unfair competition,” Hobbs said, “but at the end of the day, TNC’s are offering a very innovative business model by using an app.”

Taxicab companies have protested Uber’s arrival in numerous cities and countries, most recently Malaysia. There have also been concerns over safety and surge pricing. Hobbs said the council plans to address both issues.

Councilor Joel Sipress echoed this and said he doesn’t see Uber as anything more than an “alternative marketing platform for a taxicab service.”

Sipress added that he believes “when it comes to things like licensing, inspections and insurance the same rules need to apply to Uber vehicles as to any other taxicab.”

In leading local Uber efforts, Hobbs initially hoped to have new regulations in place for the business to operate in time for Grandma’s Marathon and Tall Ships, Duluth’s top summer tourism events. Instead, he said in the coming weeks he’ll meet with the Duluth Police Department and city clerk’s office, two entities responsible for vehicle inspections and licensing. He estimated a six-month process of working with city administration and councilors, while maintaining communication with Uber reps, to establish regulations.

Meanwhile people in Duluth are begging for Uber on Twitter, and Reef said Uber is aware of the demand. In Minnesota, he said both Duluth and Rochester are cities of interest.

Overall, Hobbs said he thinks Duluth would benefit from having “another avenue of transportation.” People flying in on business trips expect to have the service, he said, as do college students and tourists.

But at least one taxi company in Duluth isn’t so optimistic about Uber.

“With 135 cabs in Duluth already, I don’t see [Uber] making much actually,” said Marlon Bailey, owner of Airport & Duluth Taxi. “There’s not enough airport business to support Uber with only eight flights a day. We can sit there all day and get one run.”

The three-day Northern Isolation music and art festival returns to Duluth Aug. 19-21 for a second annual showcase of punk,...