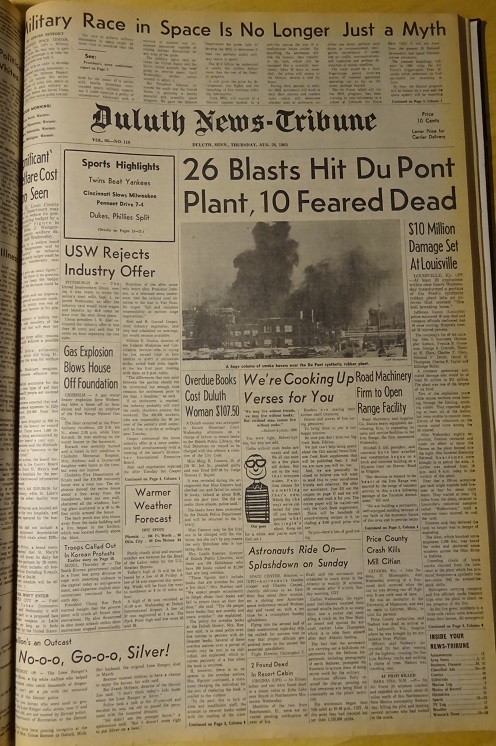 Fifty years ago — Aug. 26, 1965 — the DNT reports a Duluth woman was arraigned in municipal court on a charge of failure to return books to the library. It was the first time on record a Duluthian had been charged with the offense, a violation of city code.

It was revealed during the arraignment that Miss Connors had checked out and failed to return 30 books, valued at about $150, over the past year. She did so under three aliases, police said.

The books have been recovered by the Duluth Police Department and will be returned to the library.

Miss Connors may be the first one to be charged with the violation, but she isn’t by any means the only Duluthian who is violating this law.

Miss Lucile Roemer, director of Duluth Public Libraries, said there are 184 Duluthians who have 300 books valued at $1,200 that are long overdue. Teenagers Dance for Patients
Leone Rock, left, and Kathy Duffy perform a Mexican hat dance for patients at the St. Mary’s Infirmary in Duluth Wednesday. The dance was part of a talent show presented by the Candy Stripers, teenage girls who perform volunteer services for hospital patients. 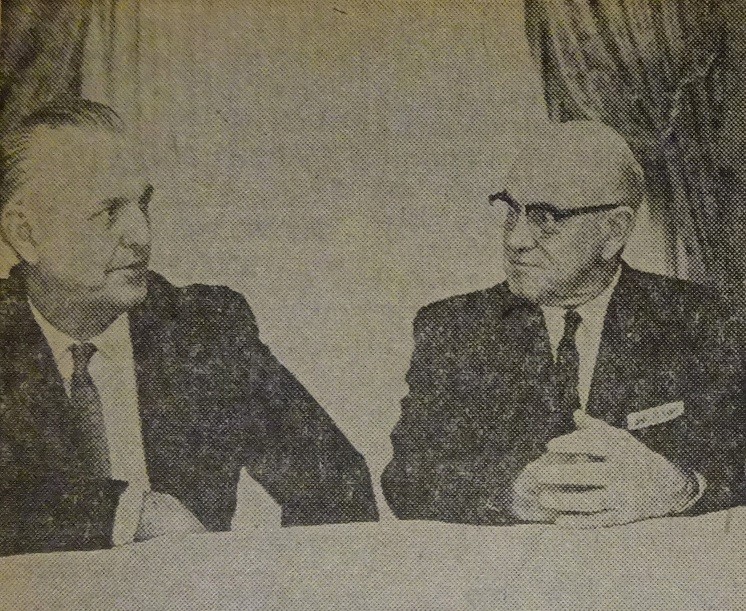 Safety is the topic of conversation for Robert Moore, left, Chicago, president of the Veterans of Safety, and Beryl McLaughlin, Duluth, first assistant to A.V. Rohweder for 32 years when Mr. Rohweder was superintendent of safety and welfare for the Duluth Missabe & Iron Range Railway.

It's been a few years since we've checked in with the cluster of signs on private property along Highway 53...