Fifty years ago — Aug. 24, 1965 — the DNT reports the Duluth City Council has granted an on-sale liquor license to Milton Richardson for his Rendezvous Bar at 21 E. Michigan St. The article notes it’s the first time a liquor license has been issued to an African American.

(Note: There is no building at 21 E. Michigan St. today; it’s the spot where I-35 runs behind the Electic Fetus and the Wieland Block. Also, an article in the Aug. 20 DNT referred to the address of Richardson’s bar as “22 W. Michigan St.,” which would be behind the Allete / Minnesota Power headquarters.)

In granting the license, the council set itself up to deprive one of five holders of inactive licenses from opening a new liquor establishment. Four of them were owners of bars in the Gateway Urban Renewal District that were demolished.

The Alcoholic Beverage Board recommended last Wednesday that the five licenses not be issued at this time. It was felt by the board that former Gateway bar owners should not hold licenses because they had no buildings in which to operate bars.

The council, in awarding a license to Richardson, did not indicate which of the former license holders will not be granted a renewal.

William F. Maupins, president of the Duluth Chapter of the National Association for the Advancement of Colored People, appealed for a license on behalf of Richardson.

He said that an important part of the issue was to give a Negro a right to hold a license and to serve Negro people.

“A Negro has never had a liquor license in Duluth,” he said. “He should be treated like a white man and be permitted to have a license.

“A Negro should be able to own a liquor establishment and other Negroes should be given the right to buy a drink in the place.

“If a Negro is ever to have a license, it should be now. There are 700 Negros in Duluth and they should be served.”

The proposal to grant Richardson a license was included in a list of 67 on-sale liquor licenses recommended to the council by the Alcoholic Beverage Board.

The resolution was approved unanimously by the council. But an earlier attempt to amend the resolution to table Richardson’s license application was defeated by a four-to-four vote.

All councilmen said they felt Richardson deserved a license. But four felt the matter should be discussed thoroughly before another license holder was deprived of his license.

Andrew Larson, attorney for Richardson, noted that the Alcoholic Beverage Board had recommended on three occasions that Richardson be given a license. He said his client would upgrade a license. He contended that the council did not have to determine which license Richardson would get because they are inactive at the present time. 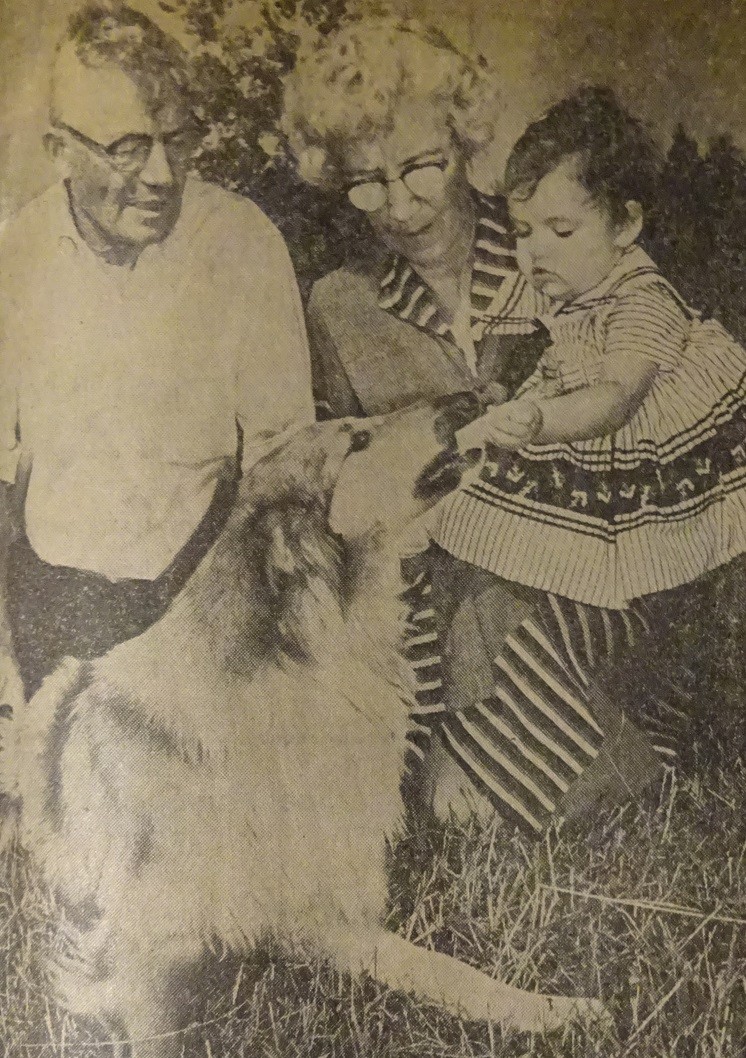 Tragedy of War Touches All Ages
Too young to realize that she has been orphaned as a result of the war in Vietnam, 20-month-old Linda Dieryck feeds a cooky to her pet collie Susie as her grandparents, Mr. and Mrs. Leo Dieryck, Strand Road, look on. Linda’s dad, Marine Corps Cpl. James Dieryck, was killed in action in Vietnam last Wednesday. Her mother, the former Jeanne Wakefield of Clover Valley, was killed last October when she was struck by a truck on the Marine Corps Base at Oceanside, Calif. Corporal Dieryck, a Marine Corps career man with seven years of service, had been in Vietnam since last May. His body will be returned to Duluth for funeral services later this week.–(Staff photo by George F. Starkey.) Weary and disappointed, but not unappreciated, Jeff Crisp leads Superior’s American Legion baseball team off the train at Superior’s Union Depot. The team had a 2-2 record in the double-elimination regional tournament. Ray Nitschke, middle linebacker of the Green Bay Packers, is a warrior on the gridiron and as gentle as a kitten when he’s out of uniform. (AP Wirephoto.)

This Week: bands galore, kids and cops, centennials and more

Here's a bit of what you'll find on this week's PDD Calendar: The Head of the Lakes Fair gets underway...