Summer of ’65: New TV station in the works for Duluth 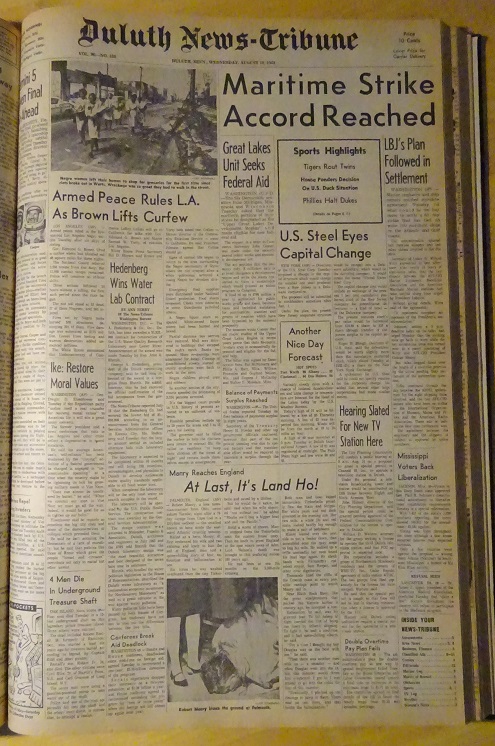 Fifty years ago — Aug. 18, 1965 — the DNT reports the Duluth Planning Commission will conduct a public hearing on a proposal to grant a special permit to Channel 10, Inc., to operate a television station.

Under the proposal, a television broadcasting tower and station would be constructed on 13th Street between Eighth and Ninth Avenues West.

John Hunner, director of the City Planning Department, said the special permit could be granted pending approval of the Federal Communications Commission for the station to operate in Duluth.

The corporation includes a group of Northeastern Minnesota residents and the owners of WMT-TV, Inc., Cedar Rapids, operators of radio station WEBC. The two groups first filed separately for the license but have merged, Watters said.

He said that the special permit is sought so that time will not be lost in starting construction when a license is approved by the FCC.

Hunner said Duluth zoning ordinances require a special permit for the operation of a television station.

The FCC announced its approval on Aug. 26, and WDIO-TV (an affiliate of ABC-TV) went on the air Jan. 24, 1966. The lead investor and president of Channel 10, Inc., was Frank Befera, a Hibbing native who started his career in 1949 as a radio engineer. Befera sold WDIO to publishers Harcourt Brace Jovanovich in 1977, but remained president and general manager until 1987. HBJ sold WDIO to its current owner, Hubbard Broadcasting, in 1986. Befera was a charter inductee into the Minnesota Broadcasting Hall of Fame in 2001. He died in 2004. 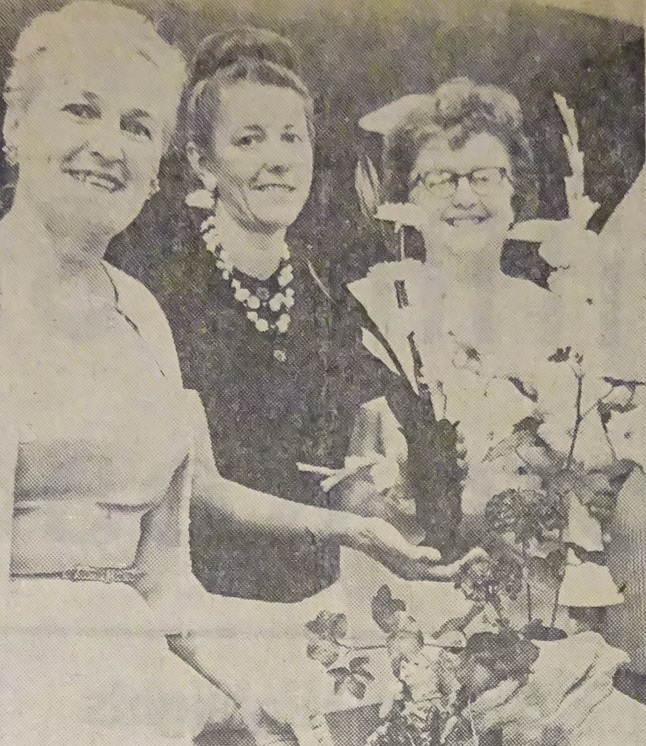 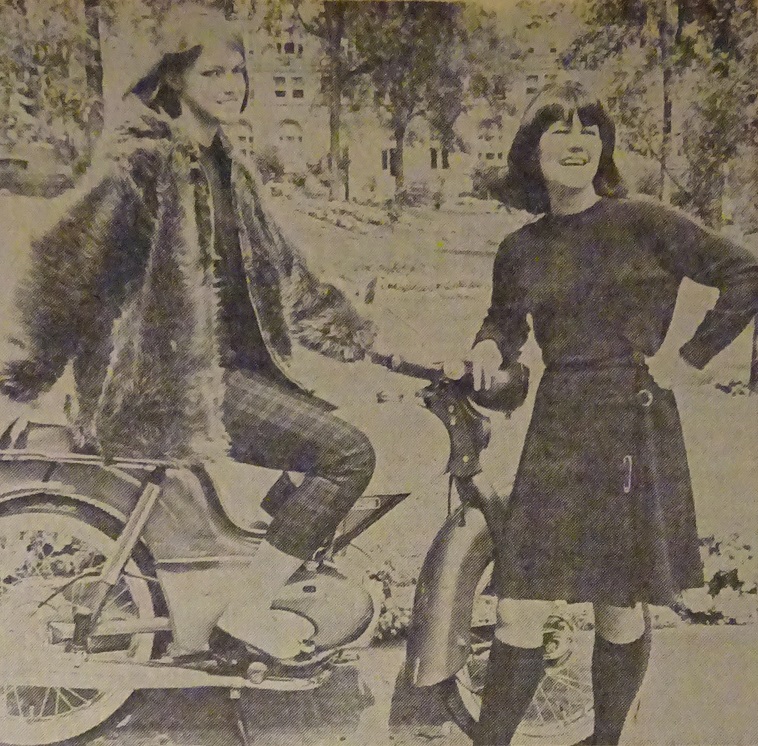 Hamming it up for News-Tribune photographer Charles Curtis are Jo Ann Lading, left, and Cheryl Lindemann, who will be among the Glass Block Hi Fashion Board members modeling in the store’s back-to-school fashion show Thursday in the NorShor Theater. The show will have a “Highland Fling” theme. Admission is free and no tickets are required. Jo Ann, who will be a junior at Denfeld High School this fall, is about to chug off snugly togged in a sharp “monster” coat with a throw-back hood, a navy fur blend slipover sweater and blackwatch plaid slacks. Cheryl, a senior at Superior Central this fall, is a pretty bonny lass, too, in her brown and navy knee-highs, teen kiltie skirt and brown back-zip fur blend sweater. Claudia Welch, fashion coordinator at the Glass Block, will be commentator for the show in which the 18 fashion board members will participate.